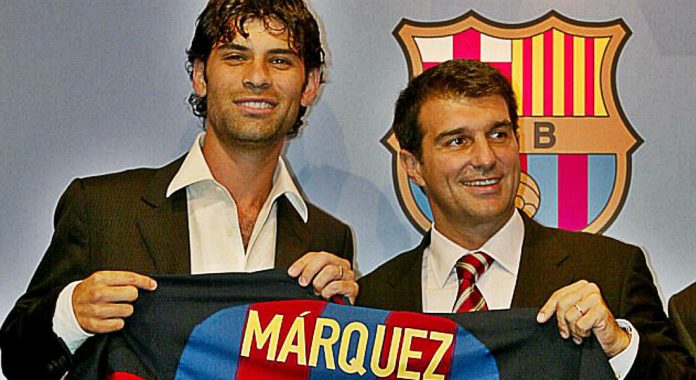 Two Mexican celebrities — a soccer star and a norteño band leader — have been sanctioned by the U.S. Treasury Department for alleged ties to a drug trafficker.

Marquez, a former Barcelona and New York Red Bulls star who now plays for the Guadalajara club Atlas, is Mexican sports royalty. A skilled center back and defensive midfielder, he’s widely known as just “Rafa” and has been captain of Mexico’s team at each of the last four World Cups. He had hoped to become the first player in history to captain a national team at a fifth World Cup.

Alvarez, known onstage as Julion Alvarez, is a Latin Grammy-nominated singer who was once praised by Mexican President Enrique Peña Nieto as “a great example for Mexican youth.”

Treasury officials say Marquez and Alvarez acted as fronts and held assets for Flores, who officials say has been smuggling drugs and laundering money since the 1980s and has alliances with with the powerful Sinaloa and Jalisco New Generation drug cartels.

According to a news release announcing the actions, the Treasury Department has frozen all assets under U.S. jurisdiction that belong to Flores, Marquez, Alvarez and the others accused of ties to Flores. The Foreign Narcotics Kingpin Designation Act, which was passed by Congress in 1999, gives the Treasury Department the power to freeze assets of foreign nationals it believes are involved in international drug trafficking.

A soccer school owned by Marquez and his charitable organization are among the entities sanctioned, along with a casino, a soccer club and a music production studio.

In a video Alvarez posted Wednesday on Facebook, the musician refuted the allegations, saying “absolutely nothing happened.” Alvarez said he had no need to join the drug trade, and said of his money: “I earned it.”