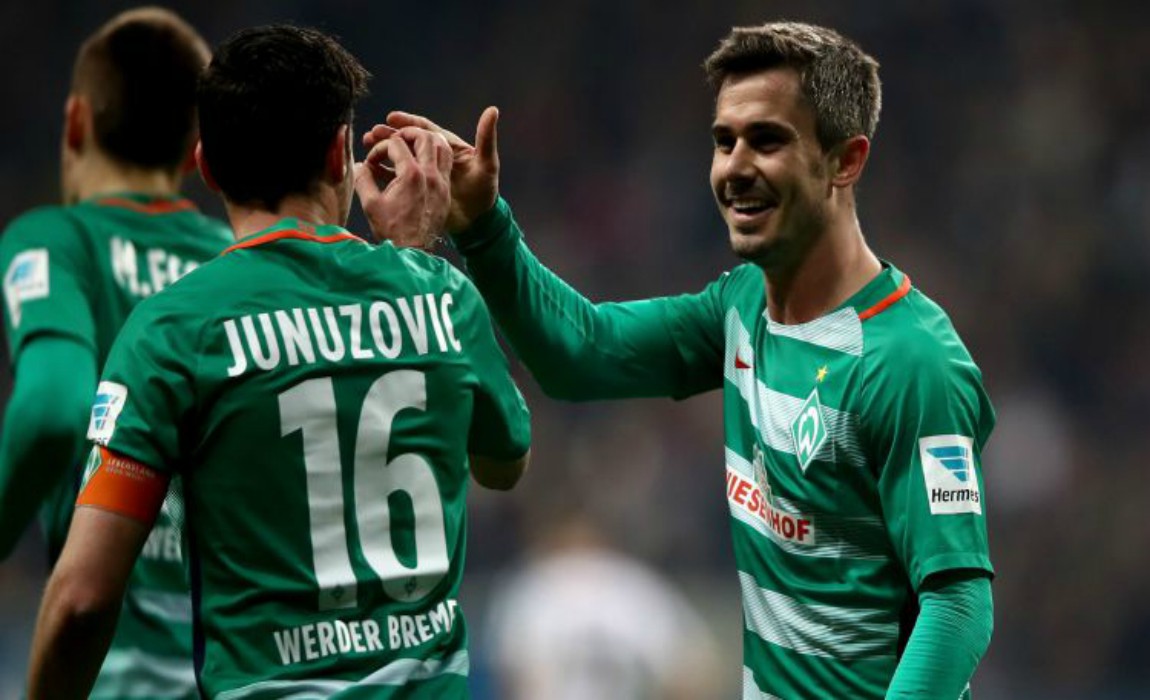 Eintracht Frankfurt secured a draw on home soil after coming back from two goals down against Werder Bremen at the opener of the 28th round in Bundesliga on Friday.

Bremen squandered a two-goal advantage as Frankfurt turned up in the second half to score twice for a draw on home soil.

The “Eagles” assumed control from the kick off to work out promising opportunities through David Abraham, who rattled the woodwork from 25 meters, before Branimir Hrgota missed a square pass at the far post in the opening period.

Bremen lacked in penetration but yet it were the visitors who broke the deadlock against the run of the game as a Florian Kainz cross found Zlatko Junuzovic, who volleyed home the opener in the 37th minute.

However, Frankfurt fought back after the restart as Mijat Gacinovic turned in a flicked-on corner with his knee to make it 2-1 in the 48th minute. With Gacinovic’s goal Frankfurt ended their 485-minute goal drought.

The “Eagles” kept it bowling and were level in the 73rd minute when Marco Fabian converted a foul play penalty to restore parity. Both sides pressed frenetically for the winner yet both teams were unable to mark the winner in the dying minutes of the game.

With the draw, Eintracht Frankfurt move on the 7th place meanwhile Werder Bremen climb on the 10th place for the moment.

“You can be proud when you snatch a draw after being two goals down. We never gave up and rewarded ourselves. Nevertheless, we had the chances to win the game,” Frankfurt coach Niko Kovac said.