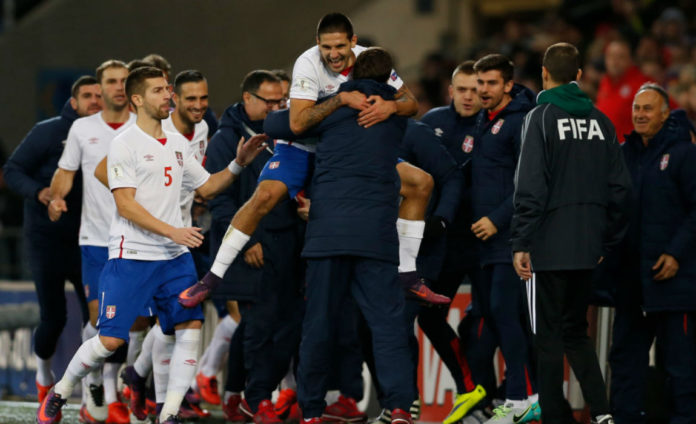 Gareth Bale’s opener was cancelled out by a late sucker punch by Aleksander Mitrovic as Wales were held by Serbia last night. 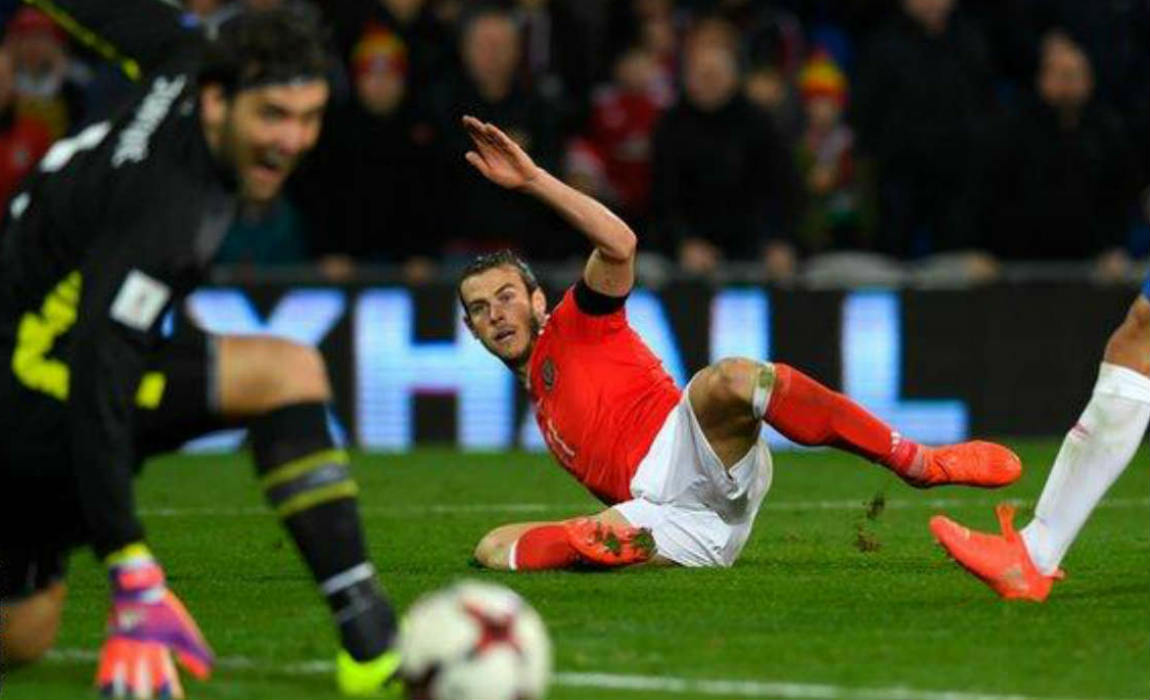 Wales could have had a dream win last night but Bale’s shot hit the post and seconds later Serbia were level. They could have leapfrogged Serbia who are sitting in the second place in the group.

Chris Coleman will now hope to win the crunch clash against Northern Ireland in Dublin to see his side qualify for the World cup for the first time in 60 years.

Neil Taylor’s kick high kick on Dusan Tadic resulted in a late Halloween costume. Blood poured all down the winger’s white jersey from his nose. After a minute the red stripes made it look more like his Southampton top. 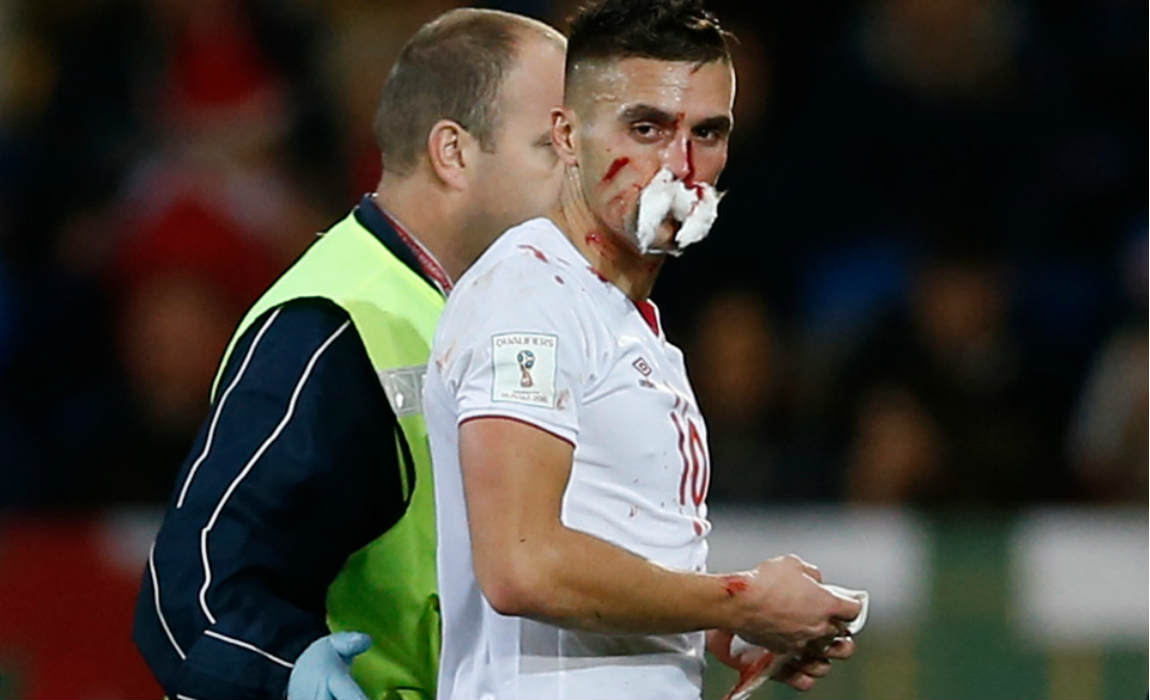 Hal Robson Kanu played an influential part in the Wales goal after robbing Nastasic and serving it to Gareth Bale who doesn’t seem to miss those.

Gareth Bale is now only 2 goals behind Ian Rush’s 28 goal record for the national team. 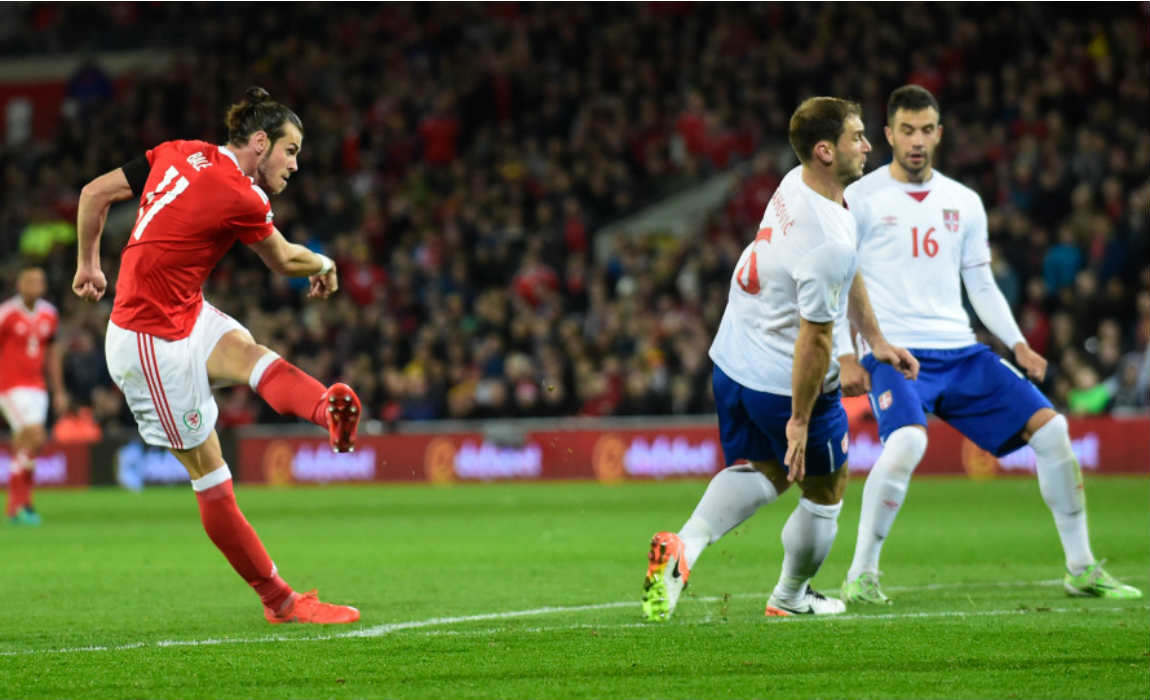 Have a look at what the Wales boss Chris Coleman had to say: “It’s fine margins. We hit the post and they go up the other end.

“We looked after their strengths very well. Apart from one save in Wayne in the first half I cannot recall another save.

“We’re disappointed, we lacked an edge against Georgia but that was back tonight. I was delighted with the players and think they did enough to get the points. 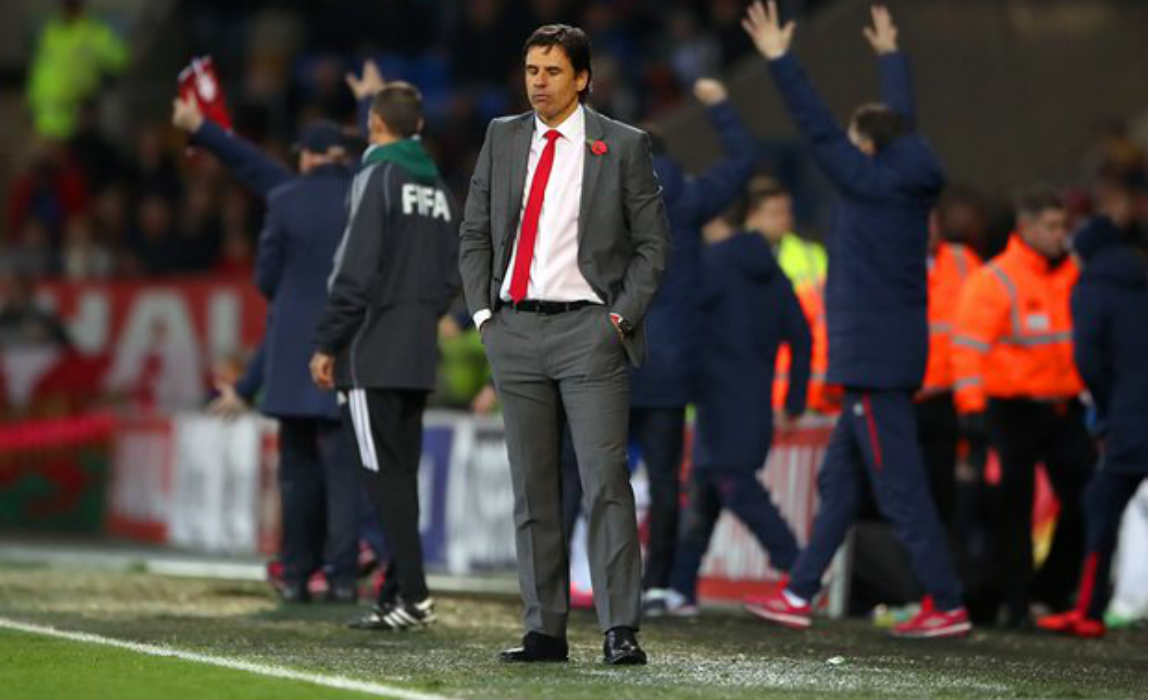 “Serbia played the way we usually play, and for large parts we stopped that. We did really well. Over the balance of play, we hit the post, 2-0 it’s all over.

“They showed what they think of us by taking a striker off.

“Ireland are the team at the top and setting the standard, where we have missed a trick is two points dropped against Georgia. A point against Serbia and we would be on track. 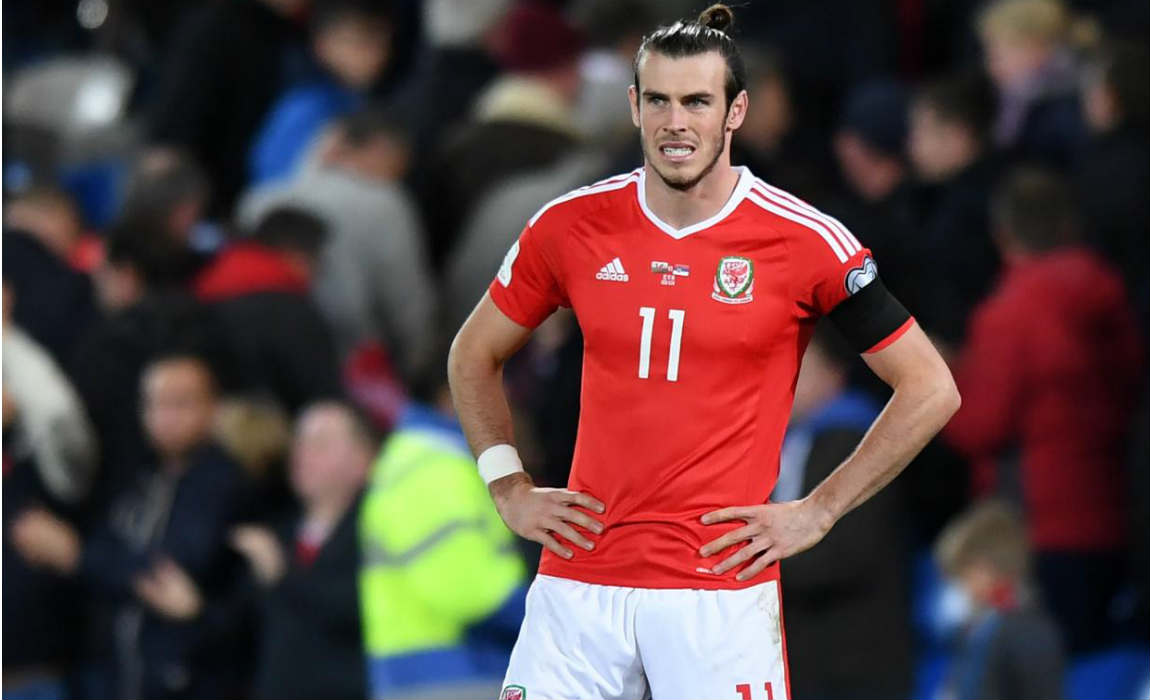 “We didn’t let ourselves down tonight, they were fantastic. We can’t have our own way against teams like Serbia

“The players are absolutely devastated but there is still a long way to go.”