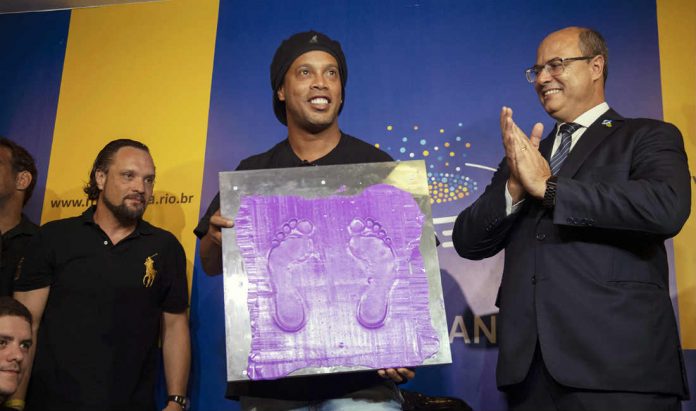 Brazilian football great Ronaldinho has been inducted into the Maracanã stadium’s hall of fame, joining legends such as Pele, Garrincha and Zico.

The 38-year-old had his footprints moulded into a ceramic plaque during a ceremony at the iconic venue in Rio de Janeiro on Tuesday.

“This is one of the greatest achievements of my career,” an emotional Ronaldinho told reporters.

Ronaldinho won the 2002 World Cup and 2006 Champions League during a celebrated career that officially ended last January, though he played his last competitive match in 2015 for Rio-based side Fluminense.

He twice won the FIFA World Player of the Year award during a trophy-laden spell at Barcelona in the middle of the last decade.