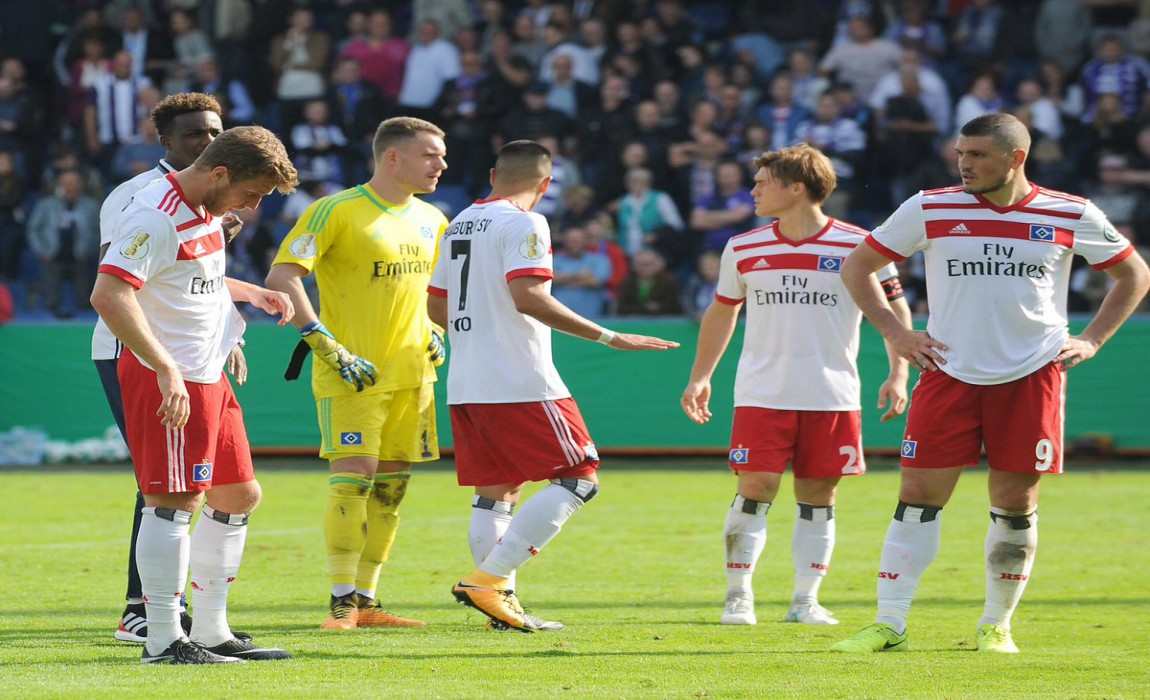 Ten-men Osnabruck caused a surprise after beating Hamburg 3-1 and Augsburg crashed out as well as Magdeburg wrapped up a 2-0 victory on home soil at the first round in German Cup on Sunday. 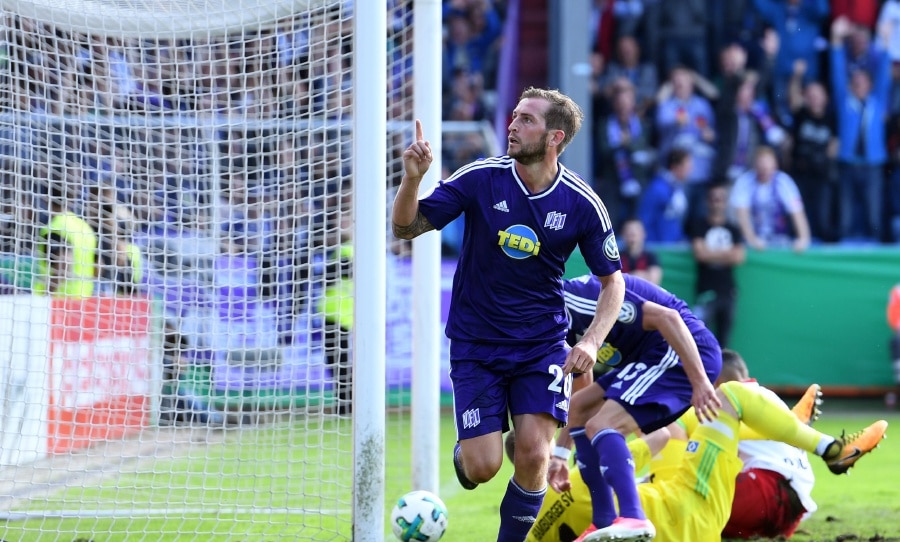 Third-division team Osnabruck eliminated top-flight club Hamburg for the second time, after 2009, in the first round.

The match started with a setback for the underdogs, who had to continue with ten men after Marcel Appiah saw a straight red card for a professional foul in the 18th minute.

However, Osnabruck remained unimpressed by the early dismissal and shocked the visitors from Hamburg as Halil Savran broke the deadlock after tapping home Nazim Sangare’s square pass in the 39th minute.

After the restart, things went from bad to worse for the Bundesliga squad as Marc Heider doubled the lead following a through ball from Konstantin Engel in the 61st minute.

The lower league side were not done with the scoring and added another goal to their lead, despite having one man less on the pitch, as Ahmet Arslan marked the 3-0 lead from close range to put the result beyond doubt in the 71st minute.

Hamburg were able to reduce the arrears through a converted handball penalty by Bobby Wood. Nevertheless, the “HSV” were unable to avoid the upsetting loss on the road.

Augsburg shares the fate with Hamburg, as the “Fuggerstaedter” can also focus on the Bundesliga business after losing surprisingly to third division outfit Magdeburg 2-0.

Christian Beck scored the opener with three minutes remaining into the match after poking home a rebound following a corner from inside the box.

Augsburg were unable to respond whereas Magdeburg gained momentum to double their advantage in the closing period as Tobias Schwede netted a rebound from the left post to seal the berth for the second round.

Post tags:
BundesligaFootballftbHamburgLa LigaleipzigRB Leipzig
previous post
Champions Feyenoord Open Dutch Season With Win
next post
Diego Costa Accuses Chelsea Of Treating Him Like A ‘Criminal’ And Says Blues Are Holding Him Against His Will