Football’s Fight Against Homophobia Might Have Reached A Tipping Point 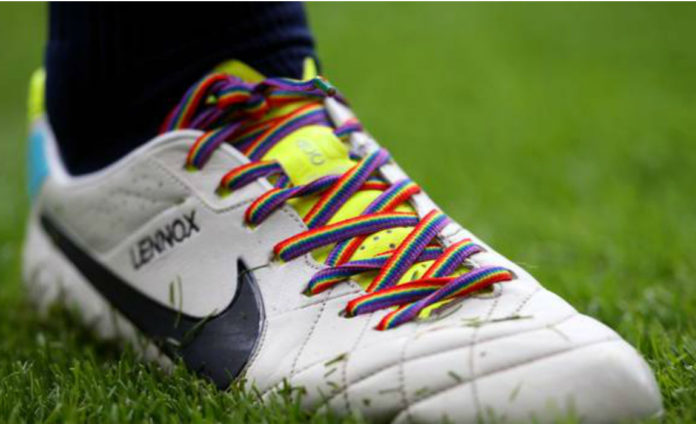 Scrutiny of homophobia in football has drawn renewed attention of late. According to a recent BBC Radio 5 Live survey, 82% of fans in England, Wales and Scotland are comfortable with their club signing an openly gay player.

But more concerning, the survey also found that 8% of football fans would stop supporting their club if an openly gay player were signed. Graeme Le Saux, a straight player who was subjected to homophobic abuse on and off the pitch for years, responded with a note of optimism about the situation – and said that “If that 8% are so appalled at the thought of a gay player being on their team then we should ask them to step forward, own their views and we can just ban them. They’re not welcome in football.”

This data is just the latest evidence that homophobic views are still present in football. A 2013 report issued by the Brighton and Hove Supporters Club (BHASC) and the Gay Football Supporters’ Network (GFSN) revealed that Brighton fans and players are consistently subjected to or witness homophobic abuse while observing or playing football. More recently, Stonewall published a report, Leagues Behind, which examines sports fans’ attitudes towards LGBT people. It highlights that seven in ten football fans have heard homophobic abuse while watching sport. 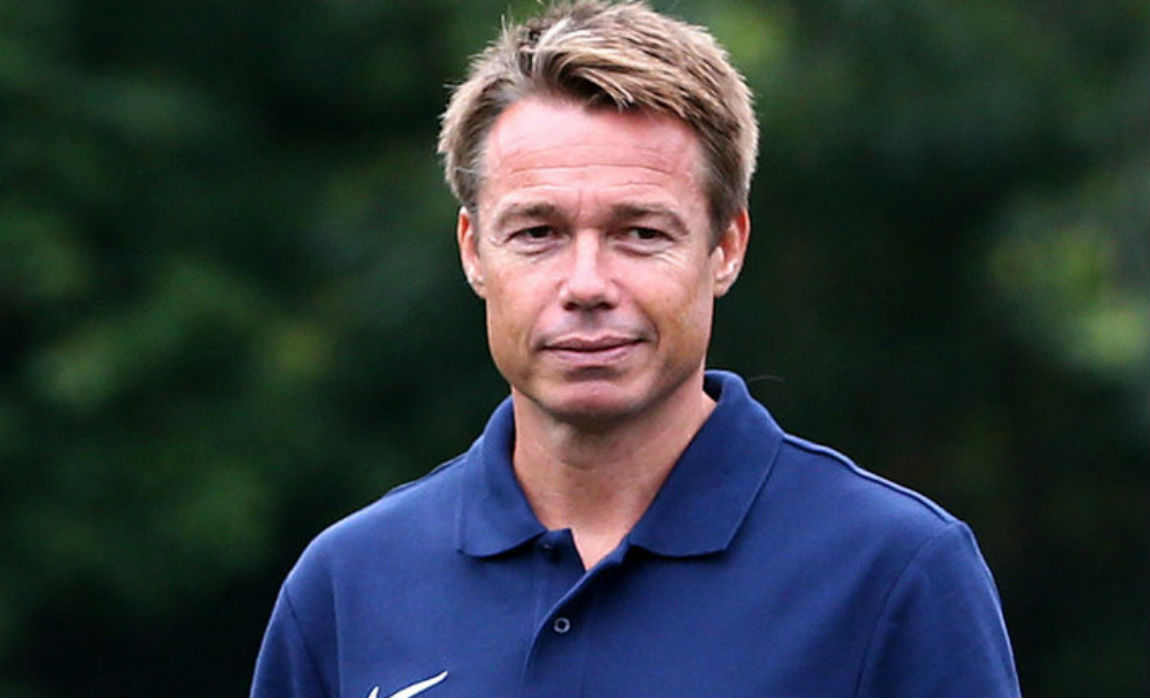 In a particularly telling finding, Stonewall reports that young people are twice as likely to rationalise homophobic abuse as “banter”, normalising discrimination, thus fostering the sort of environment in which players are put off coming out. To illustrate the point, one in five of the 18- to 24-year-olds Stonewall talked to said they would be embarrassed if their favourite player came out.

If this unpleasant situation is going to change, the institutions of professional football need to get on board. As Ruth Hunt, Stonewall’s Chief Executive, put it:

“While the majority of people see homophobic chants and abuse as a problem, and want to see sport become more welcoming of lesbian, gay, bi and trans players and fans, there is a persistent minority who believe this sort of abuse is acceptable … We need high profile sports clubs and personalities to stand up as allies and help make sport everyone’s game by showing that homophobic abuse has no place in sport.”

So where are the people to do this – and how can they be encouraged to speak out and be supported when they do?

As the most recent findings emerged, Greg Clark, chairman of the Football Association (FA), warned that it would be impossible for a gay premier league player to come out because of the abuse they’d receive. Looking back over recent history, it’s not hard to see why he’d think this.

Back in 1990, Justin Fashanu became the first English footballer to come out, but he tragically took his own life in 1998 at the age of 37. Since then, no professional male player has come out while competing in the English game. A few amateur footballers have spoken openly about their sexual orientation while competing – Liam Davis, for example – but in the professional male game, players have almost exclusively come out after retiring (such as Thomas Hitzlsperger).

The upshot is that no “out” gay male footballers are currently competing in the English Premier League. Estimates of the proportion of LGB people in the British population vary from the low to mid single digits; considering that there are 92 professional football clubs in England and Wales with between 30 and 50 players contracted to each, the absence of gay footballers diverges drastically from the figure in the general population.

But it need not be this way. And despite Greg Clark’s words, there have been some encouraging signs that things could be changing. 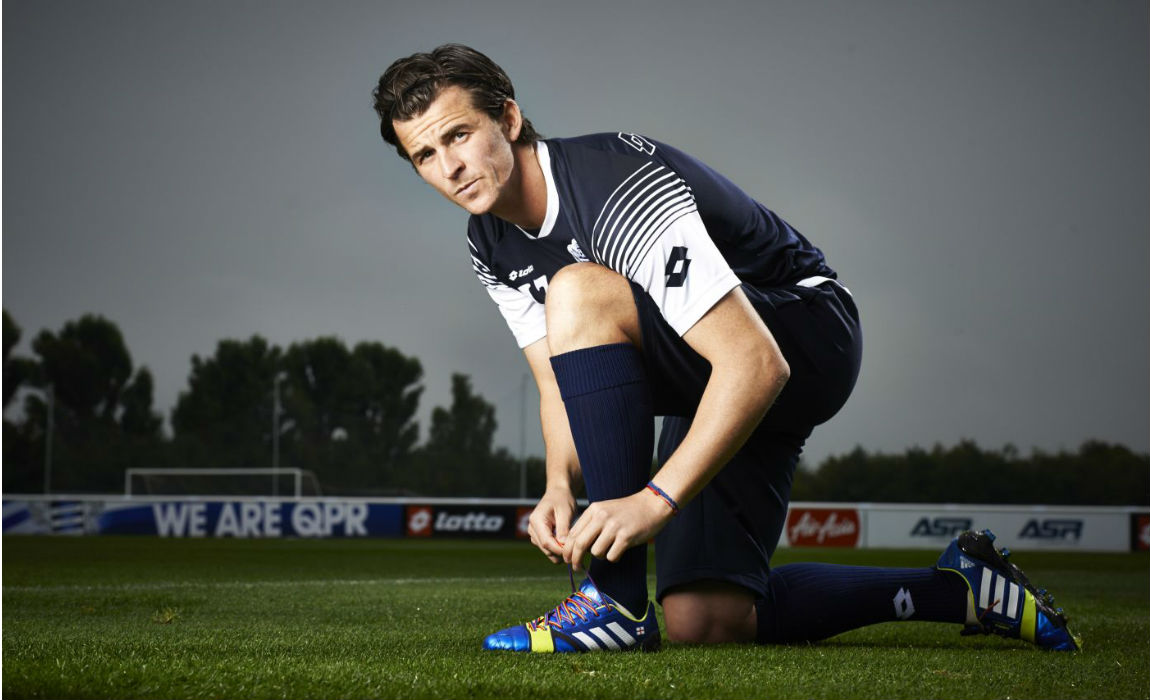 While they may not be at the top of the game, some of those who have chosen to be open about their sexuality seem to have received more support than abuse. One paper looking into the online reaction to Hitzlsperger’s coming out reported “an almost universal inclusivity through the rejection of homophobia”. It found that of 6,106 online comments, just 2% of comments contained “pernicious homophobic content”.

In another example, England women’s captain Casey Stoney described overwhelming support for her choice to come out in 2014.

Perhaps even more encouragingly, inclusive attitudes are also presented by “straight allies” who campaign for the acceptance of openly gay footballers. One particularly vocal ally in professional football is Joey Barton.

Given his “bad boy” reputation, Barton is perhaps an unlikely straight advocate for gay rights, but he’s nonetheless spoken openly about gay footballers, offering an insider perspective on the importance of accepting diversity. As he himself has written

“It’s all well and good speaking about an idyllic culture, but how can we get it? The way I see it is simple, you’re not only responsible for what you say but what you don’t say. People with social impact need to speak up.”

Similarly, in direct response to FA chairman Greg Clark’s comments concerning homophobia in football, ex-footballer Chris Sutton has said there’s never been a better time for a footballer to come out.

It seems there isn’t really a consensus on the situation either inside or outside the football establishment. But that doesn’t mean we can’t find ways to improve it – and identifying points for useful intervention should be at the centre of our efforts.

Previous research into the climate of English (male) professional football has been awash with dominating and subordinating masculinities. The picture is more complex, and we could be on the edge of a progressive and inclusive turn.

We ourselves are conducting research with adolescent male academy footballers in which we explore player attitudes toward homosexuality in football. The boys we spoke to expressed progressive attitudes, but it was clear that their feelings and experiences were far from stable. While they expressed inclusive attitudes, they also told stories of witnessing and becoming complicit in a range of homophobic incidents – whether implicitly accepting homophobic language or staying passive when witnessing homophobic behaviour. 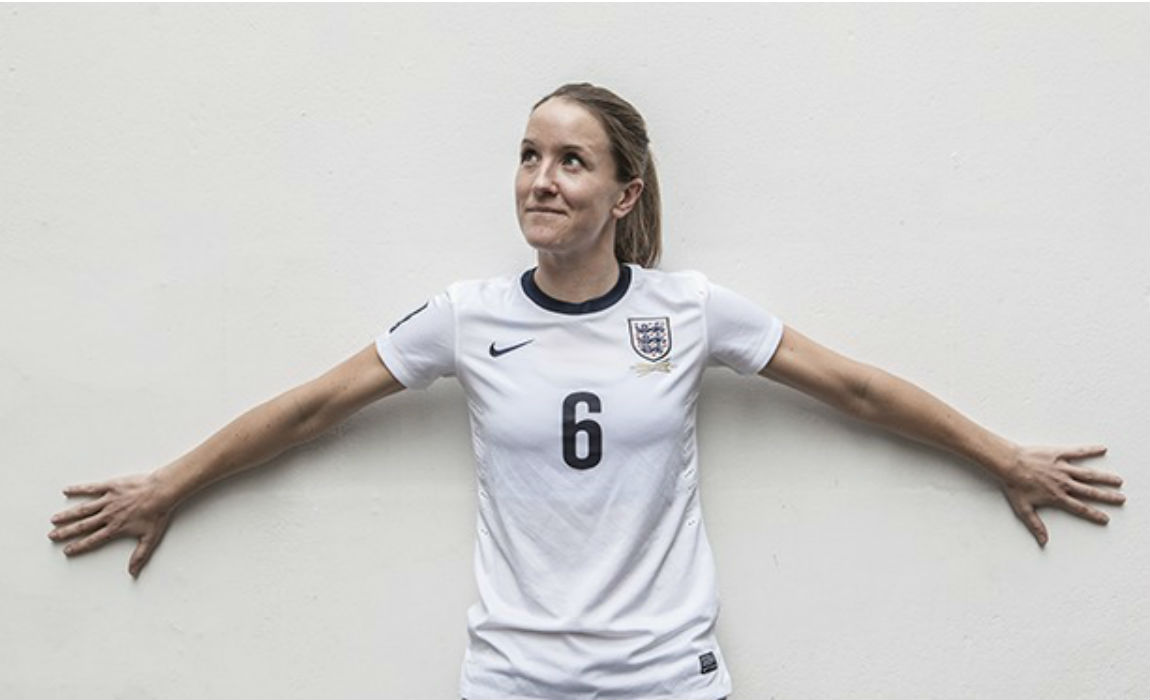 In short, their attitudes are still malleable when subjected to peer pressure. There is a crucial lesson here. We may be on the verge of what some researchers have called “the doorstep of equality”, but we could also be just a few backward steps away from a return to a harsh orthodoxy where outright homophobia remains the norm.

The latest research and the conflicting responses discussed point to a critical tipping point in the promotion of positive attitudes toward homosexuality in football. As Graeme Le Saux noted, it all comes down to changing the culture of the game. People should be able to play or watch football without witnessing or experiencing abuse.

That means working with the next generation of players to close the gap between their private attitudes and their behaviour among their peers. And everyone invested in the game, from fans to players to clubs to the media, has a crucial role to play.