Huddersfield Town gathered on the streets to congratulate their heroes on securing promotion to the Premier League. 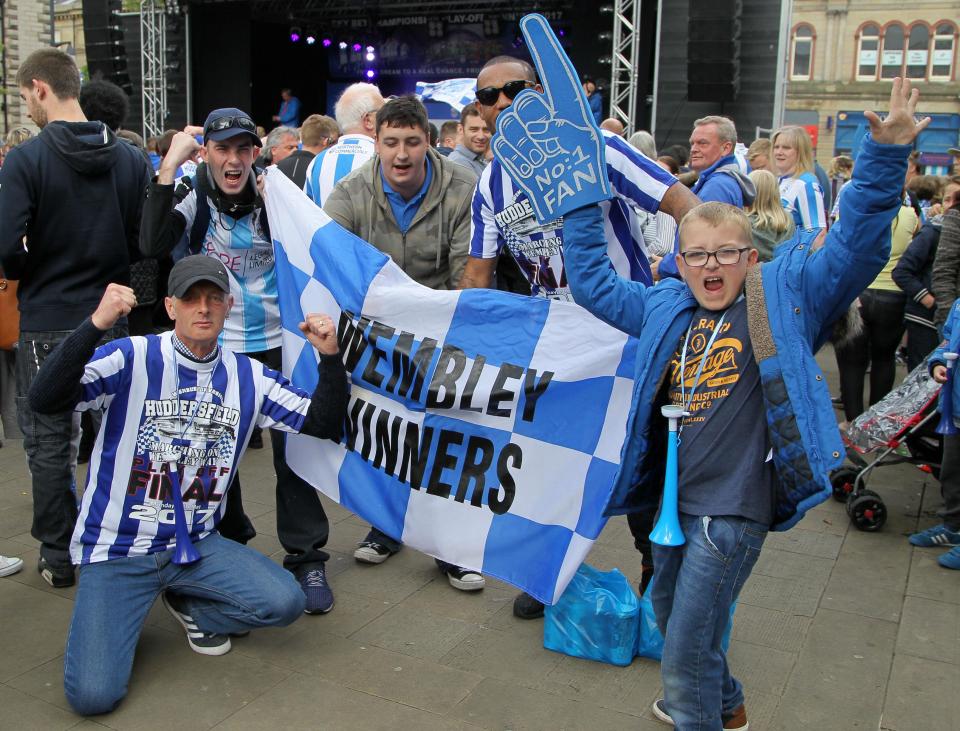 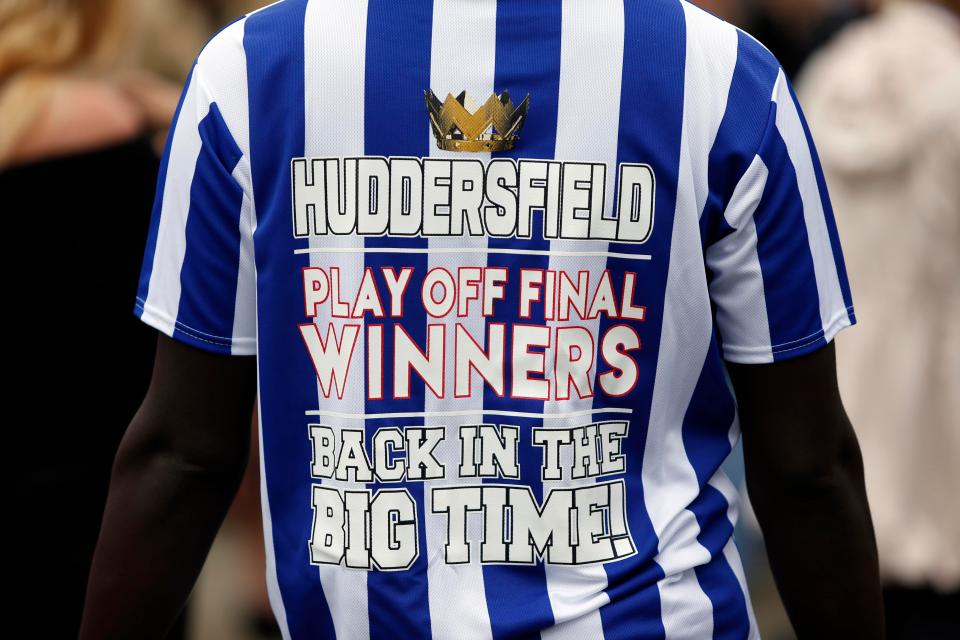 Boss David Wagner was loving the celebration as fans greeted him and he also addressed the crowd with full enthusiasm. 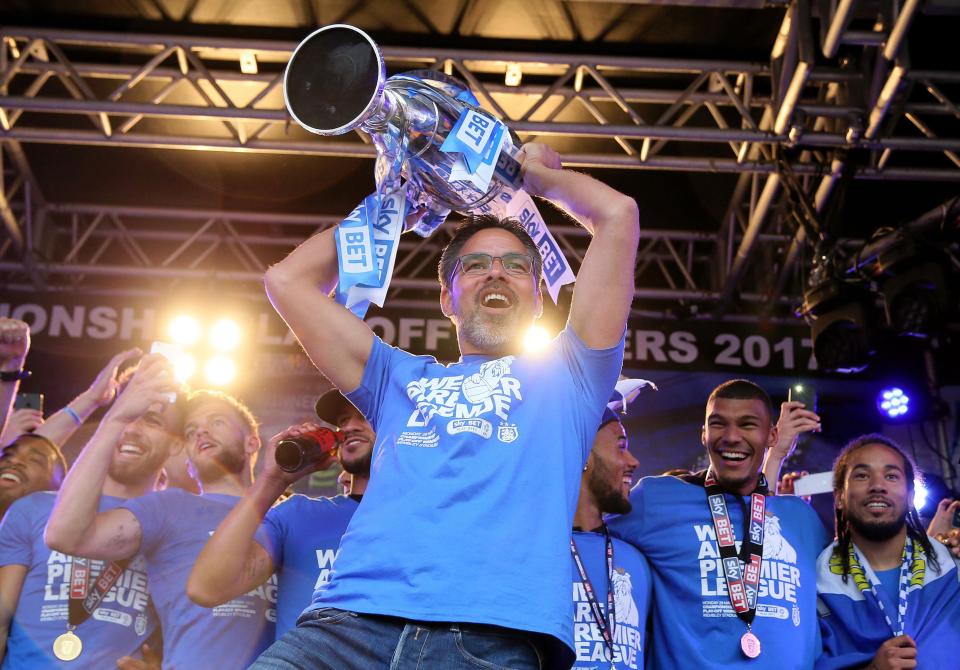 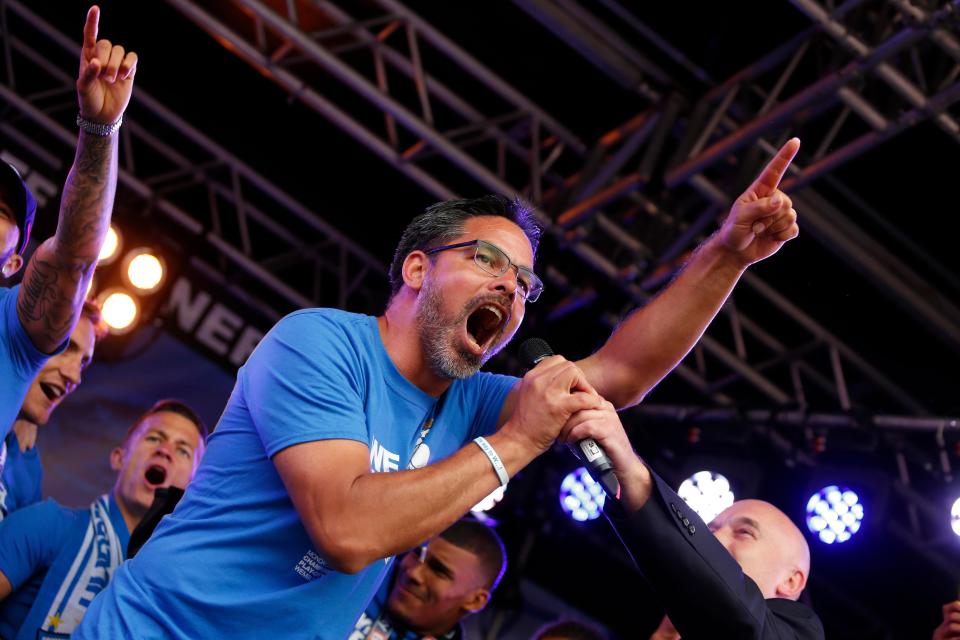 Thousands of fans gathered at the town center in high spirits as they cheered for their team’s epic victory with utter joy. 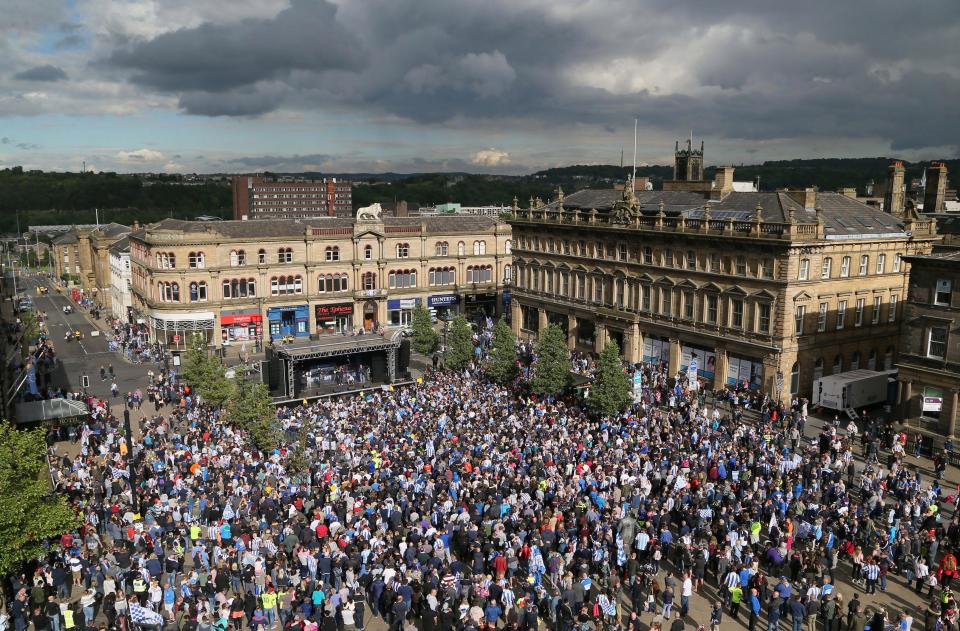 Terriers drove from the John Smiths Stadium to St George’s Square in an open-top bus which was in Town’s traditional blue and white colours. 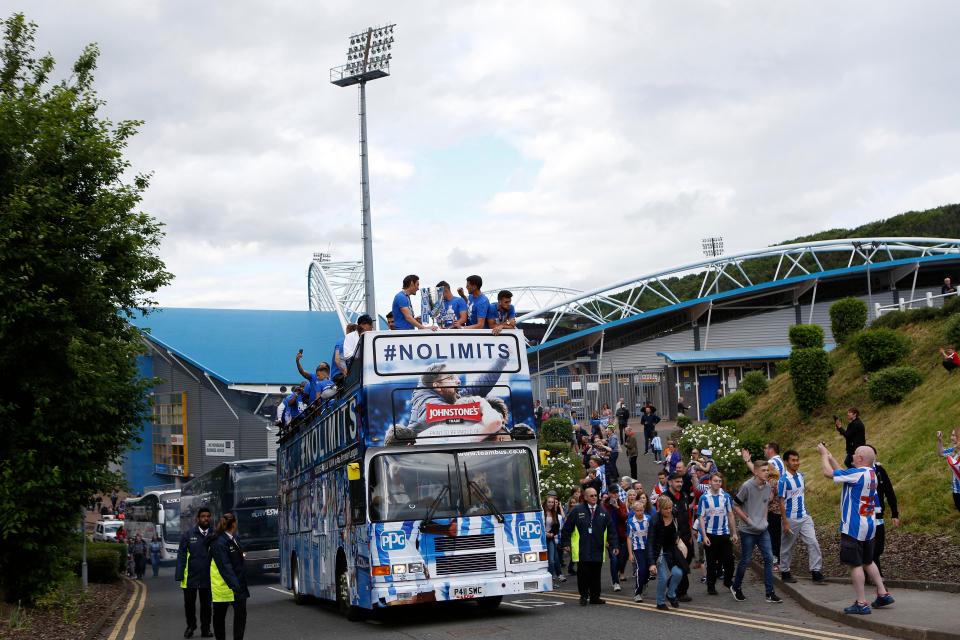 Ali Al-Habsi saved Michael Hefele’s penalty in the shootout but celebrated his side’s promotion in a dressing gown. 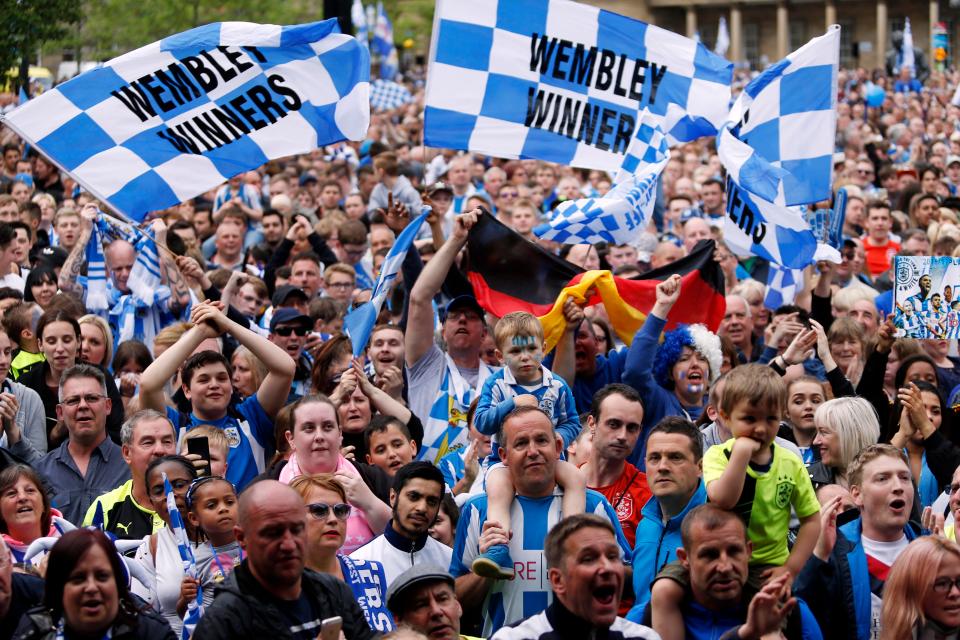 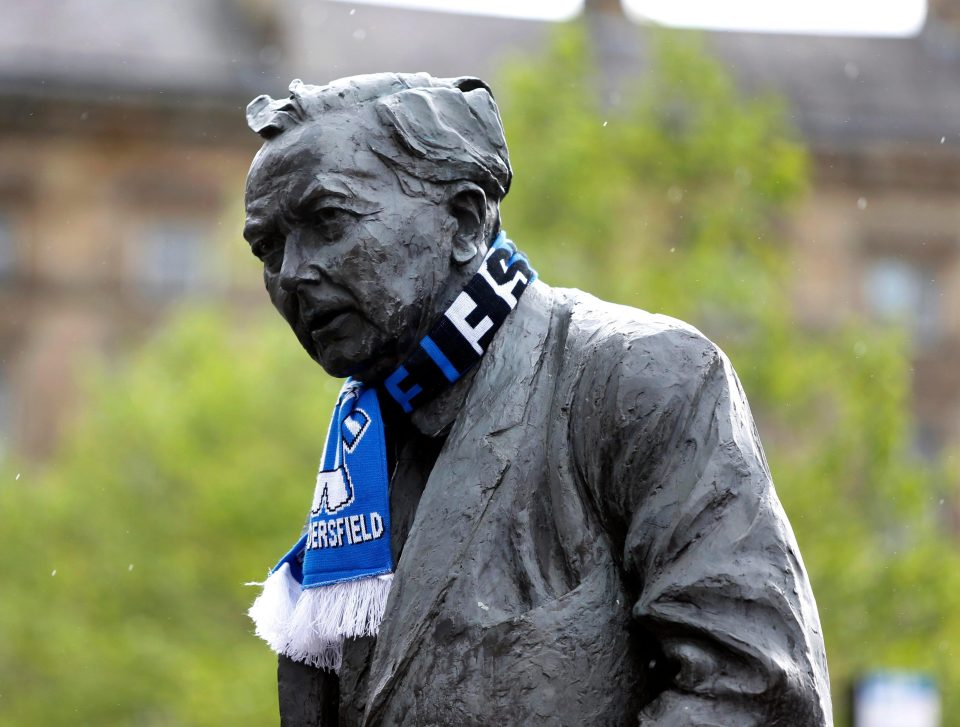 Huddersfield beat Reading 4-3 on penalties after a 0-0 draw at Wembley Stadium in Monday’s Championship play-off final.

This is the first time since 1972 that the Terriers have been in the top division.