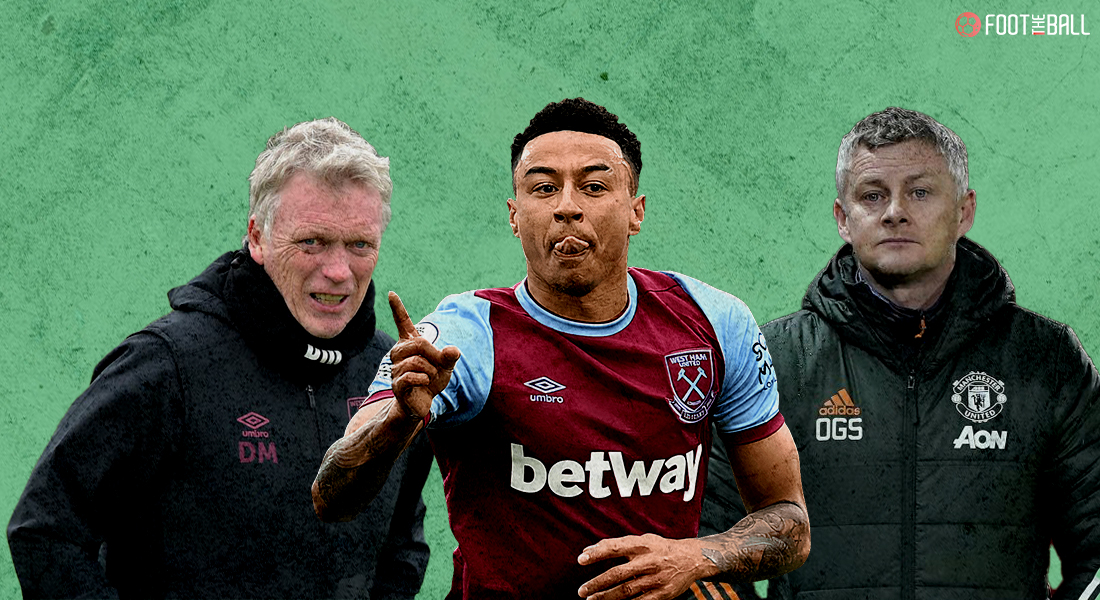 It was all over for Jesse Lingard at one point at Manchester United and his career seemed to have come to a dead end. Three months later and the Englishman has been the most in form player in the Premier League right now.

Jesse Lingard has been linked with a permanent move to West Ham United following his stunning return to form since moving to East London. The attacker signed for the Hammers on loan from Manchester United this January and has shone under David Moyes.

JESSE LINGARD IS BACK

The 28-year-old endured a torrid last two years at Old Trafford, having scored just five goals in the Premier League since the start of the 2018/19 season. He did not feature at all for Ole Gunnar Solskjaer’s side before his transfer to West Ham.

Lingard has already exceeded his goal tally over the last two and a half years for the Hammers having scored six goals in eight league appearances. Additionally, he has given four assists as well plus a delightful Berba-spin pre-assist for West Ham’s second goal vs Wolves on Monday.

Jesse Lingard in the Premier League this season:

His exceptional form led to a call-up to the England side for the recent World Cup Qualifiers and has led to increasing calls from the Hammers faithful to sign him on a permanent deal.

Lingard’s current deal does not provide West Ham with an option to buy at the end of the season. This means that he will return to Man United at the end of his contract and it is the Red Devils who have the upper hand.

In fact, it was an uncharacteristically good deal by Man United CEO Ed Woodward as he managed to extract a reported £1.5 million loan fee along with £2.5 million in wages and a £500,000 bonus if West Ham qualify for Europe.

Moyes’ side lie fourth in the table, ahead of much more esteemed teams like Chelsea and Liverpool. They are well in the race for Europe and for once the club will be hoping that they are forced to pay up and extra £500,000.

BACK AT OLD TRAFFORD

The decision to stay or go then relies heavily on whether he is required at Old Trafford or not. He featured in just three domestic cup matches for Solskjaer this season but the upcoming summer promises to be one of change up North.

Paul Pogba, Juan Mata, Nemanja Matic and Edinson Cavani have all been linked with moves away leaving Man United short on options in midfield and attack. Lingard’s versatility can prove to be a huge asset for the Red Devils should they decide to keep him on.

However, it is clear that Lingard will not be a regular starter at Manchester United. His energy off the bench and rotation in cup competitions will be useful for Solskjaer but will Lingard stay on as a squad player?

He is Manchester born and bred so it will not be surprising if he accepts a fringe role at the club. However, time away from Old Trafford has reminded everyone of his quality and there will certainly be suitors for the Englishman.

⏱️ Minutes per goal in @premierleague this season (minimum 3 goals):

West Ham have expressed a desire to sign Lingard permanently and a star role can be tempting, especially if the club secures European football.

Lingard’s contributions have done West Ham a world of good but it has also shot up his price tag by a few million pounds. Manchester United will want a substantial fee, expected to be in the region of £30 million. Sources at the club have revealed that West Ham are willing to do “whatever it takes” to get the deal done.

The change of scenery has done Lingard a world of good. If the Hammers are ready to pay up then a move would be in the best interest of all parties. Manchester United can sign a replacement, West Ham get their man, and JLingz gets to enjoy football, score goals, and dance at the Emirates again.