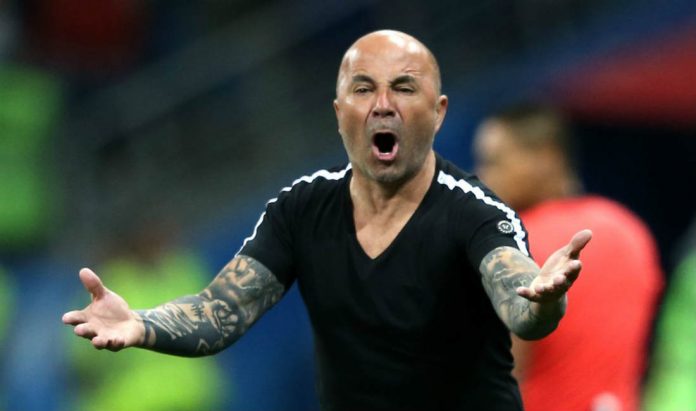 Former Chile and Argentina coach, Jorge Sampaoli has reached an agreement to take charge of Santos, the Brazilian club said on Thursday.

Sampaoli will travel to Brazil on Saturday, where he is expected to sign a two-year contract.

“Santos FC and Jorge Sampaoli have come to an agreement for the Argentine to be the coach of the team in 2019,” Santos said in a statement. “The final details and signing of the contract should be completed in face-to-face meetings this weekend.”

Sampaoli has been out of work since parting ways with Argentina following the Albiceleste’s erratic performances at this year’s World Cup in Russia.

The two-time world champions drew 1-1 with Iceland and lost 3-0 to Croatia before scraping into the round of 16 with a 2-1 victory over Nigeria in their last group match. They were subsequently eliminated from the tournament, losing 4-3 to eventual champions France in Kazan.

Sampaoli had more success with Chile, whom he led to the last 16 of the 2014 World Cup and the country’s first ever Copa America title in 2016.