José Mourinho: Return The Special One 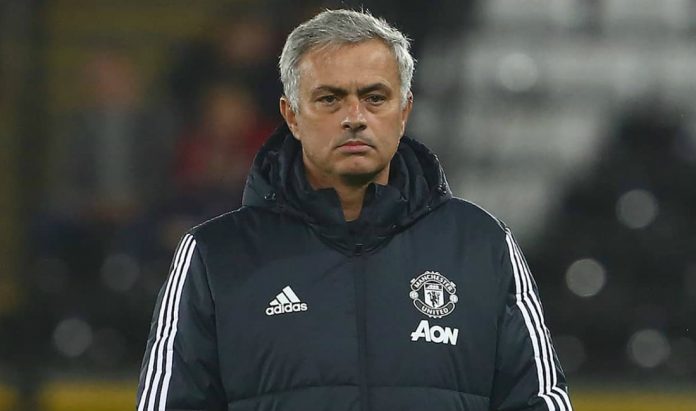 Tony Westbury, Associate Professor in Sport & Exercise Psychology, Edinburgh Napier University, is the author of this article which was originally published in The Conversation, an independent source of news and views from the academic and research community.

It is no shock that José Mourinho has been sacked by Manchester United. The results on the pitch said it all. The most commercially successful club in the world is having its worst season in 28 years – with its playing assets inevitably depreciating in value as a result.

Mourinho has spent around £390m building this team since his appointment in 2016, yet he recently described it as nowhere near his ideal. In truth, he has roundly failed to create an environment where the players could perform. A new generation of coaches led by Pep Guardiola at Manchester City and Jurgen Klopp at Liverpool have developed a high-tempo attacking style which made Mourinho’s more pragmatic approach look dated.

They also have a more collaborative approach to coaching, alongside the likes of Mauricio Pocchetino’s Tottenham and Unai Emery’s Arsenal. These are environments in which trust, honesty and mutual respect are the key building blocks of their teams’ culture.

In contrast, both Mourinho’s second spell at Chelsea (2013-15) and his reign at Manchester United have been marred by poor relationships with key players, the media and sometimes, it appears, with himself. From a career zenith in 2010, when he was acclaimed as the FIFA World Coach of the Year, the “Special One” increasingly looks like a man who has come to believe his own hype.

So is there a way back? I believe there is, but it won’t be easy. Self-belief is a prime asset for any consistent high performer in sport, whether athlete or coach. Unlike many struggling sports stars, however, Mourinho has no shortage of this. Though Mourinho’s record in numerous countries certainly entitles him to a sense of satisfaction, his self-aggrandisement appears to know no limits.

I should declare I am not a clinical psychologist, nor have I ever worked in any capacity with Manchester United or Mourinho. But as a sport psychologist who has worked with personalities at the top of numerous sports, Mourinho’s behaviour shows some worrying signs.

The accepted rubric for diagnosing narcissistic personality disorders is set out in the Diagnostic and Statistical Manual of Mental Disorders as follows:

In the past five years, Mourinho’s public behaviour has displayed hints of some similar characteristics. Take the start of this season, after Manchester United lost two of their opening games, including a 3–0 home defeat to Spurs. Mourinho held a bizarre press conference where he demanded more respect from the media. He held three fingers aloft – indicating not how many goals Spurs had scored but how many English championships he had won – “I won more alone than the other 19 managers together. Three for me and two for them”. It was directed specifically at his rival across Manchester, Pep Guardiola.

Mourinho has long had an antagonistic, self-justificatory relationship with journalists. He also shows little empathy with the demands of their job: later the same week, for instance, he held a press conference that many journalists missed because he started it half an hour early. Mourinho dismissed any questions about his relationship with Ed Woodward, the chief executive at Manchester United, and left the room after just four minutes and 19 seconds.

There are also many more examples of arrogant behaviour towards other managers. Famously, for instance, he described Arsene Wenger, one of the most successful managers in English football, as a “specialist in failure”. At the same time, there have also been numerous high-profile fallings out behind the scenes, such as with Chelsea doctor Eva Carneiro in 2015, or more recently the Manchester United star midfielder Paul Pogba.

Some of Mourinho’s public behaviour could be part of the “act” that high-performance sport arguably demands of managers nowadays. His lack of humility and unwillingness to accept responsibility for any setback, in public at least, are what made him such a successful manager in the first place. For any clinical assessment, the key question is how someone behaves in private.

Treatment for a personality disorder is slow and challenging. It requires specialist support to facilitate a fundamental reassessment of habitual behaviours. The approaches to the type of narcissistic behaviours set out above are based on talking therapies. A good option might be Cognitive Analytic Therapy, which involves a clinician working in collaboration with the patient to identify problems and come up with ways to change behaviour, with particular emphasis on the importance of relationships.

Priorities would include getting the patient to accept responsibility for his actions and learning to relate to people in new ways; showing empathy, tolerating failure and using criticism and reflection as a means of self-improvement; developing a way of regulating emotion so that it doesn’t go from zero to 100 in seconds; and recognising and celebrating the achievements of others.

Pogba could have been the lynchpin of a United team, for instance, but Mourinho appears to have undermined and antagonised him. In my view, Mourinho would greatly benefit from working with a sport psychologist. He appears stuck in 2010, or even before that when players had less power and football was played in a different way. Most clubs have embraced the term “culture” now – the strongest ones develop from the “bottom up”, not the “top down”. Managers need to adapt to this nowadays.

I would begin by challenging him to work on every aspect of his thinking, feeling and behaving – to relearn how to interact with people without demanding admiration or respect, and in return not labelling others as unworthy or weak. I would anticipate a long involvement since these are well-established habits.

Whatever is going on behind the scenes, I believe it would be very wrong for José Mourinho to try and make another quick return to management. At the very least, he needs to reflect and develop. If there is a way back, he must change. He must want to change and he must work hard at changing. Should he succeed and claw his way back to the top, his place among the greatest managers of all time will be beyond any doubt.