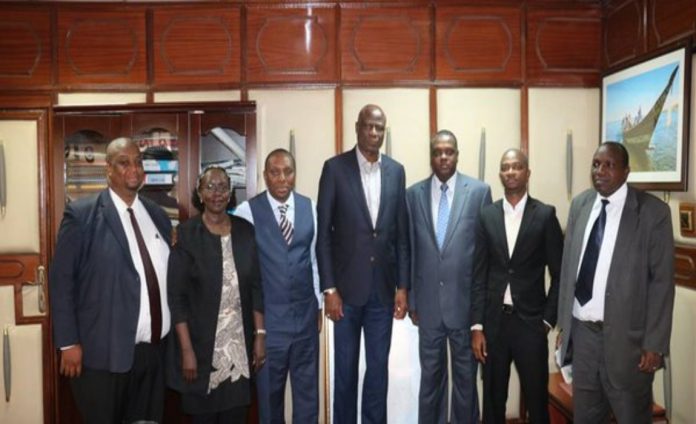 Kenya will now bid to host either the FIFA Under 17 or Under 20 World Cup after being stripped of the right to stage the 2018 Africa Home Nations Championships (CHAN).

Football Kenya Federation (FKF) President, Nick Mwendwa, announced Monday the continental governing body, CAF, had promised to give them priority to bid for the global events when Africa hosts the next editions.

“We made our presentation to CAF but they made it very clear that the political situation is not conducive to host the tournament,” he said in Nairobi.

“There are no sanctions whatsoever from CAF because the overall reason is not of our making. If anything, we are discussing about hosting another tournament. The hosts for the junior World Cups will be rotational after this year’s edition in India,” the FKF boss added.

The under-fire football chief added Kenya will not face punishment for the failure to hold the CHAN noting the circumstances that led to its withdrawal as hosts were beyond control.

Mwendwa told reporters in Nairobi that CAF was not ready to risk to have CHAN in the country preparing for the Oct. 26 presidential run off due to the simmering political tensions as well as lack of developed stadium infrastructure to stage the matches.

“They wanted to test the venues in November and they argued that that would not be possible with the current situation in the country. Every continent will get an opportunity to host thereafter and CAF has promised us that will be given priority for the 2019 tournaments,” Mwenwa said.

“We will be putting up a bid for the Under 17 and Under 20 World Cups. The threshold is very high but it is like that of CHAN. You need four stadia and 10 training grounds and we think we will have that by then,” Mwendwa underscored.

Government official, Kirimi Kaberia who is the Principal Secretary at the Ministry of Sports, Culture and the Arts said the State wa s not to blame for the withdrawal of the tournament.

He added the 42 million U.S. dollars budget approved for the failed 2018 CHAN would still be used to develop the stadiums in the country in readiness for the Under 17 and Under 20 World Cup bids.

“These contracts are binding. The construction of the stadia will continue and the 42 million dollars will go to the stadia the same way if CHAN would be here. We will build these stadia not just for CHAN but for the youth of Kenya,” the former envoy said.

CAF will open bids for the Under 17 and Under 20 World Cups later this year.