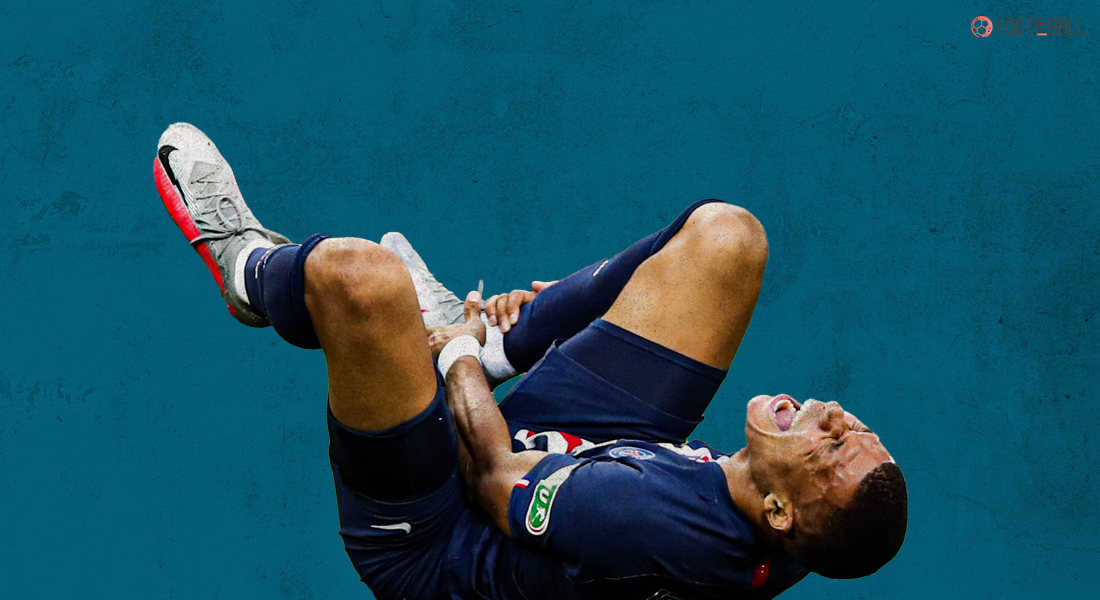 Paris Saint-Germain superstar Kylian Mbappe will miss the team’s Ligue 1 fixture against RC Lens at the weekend, a club statement has confirmed. This has thrown his presence for the Champions League second leg against Manchester City into major doubt.

The 22-year-old attacker who has been in scorching form having already scored 25 times in the league, will miss time due a calf injury. With Neymar having recently returned from injury issues of his own, this latest setback comes as a huge blow for Mauricio Pochettino as his second-placed side are embroiled in a dog fight for the league title.

They currently trail leaders Lille by a single point with four games remaining. RC Lens, currently in 5th, have been the surprise package of the season and will surely be licking their lips at the opportunity of facing PSG without their most prolific marskman in this crunch clash for Europe and the league title.

City’s centre-back pairing handled him at the Parc de Princes pretty well with Mbappe registered zero shots against the Citizen’s in the first-leg of their semi-final on Tuesday, and would have been hoping for a much stronger showing at the Ethiad next week.

Now, with this injury cloud hanging over the the French star, and down by a goal, Pochettino will know he will have to entrust the responsibility on Moise Kean and Mauro Icardi. They conceded two away goals, the first from a Keylor Navas error and a botched wall set up for the second, and face a tall order if they are to make their second consecutive final appearance in the competition to face either Real Madrid or Chelsea.