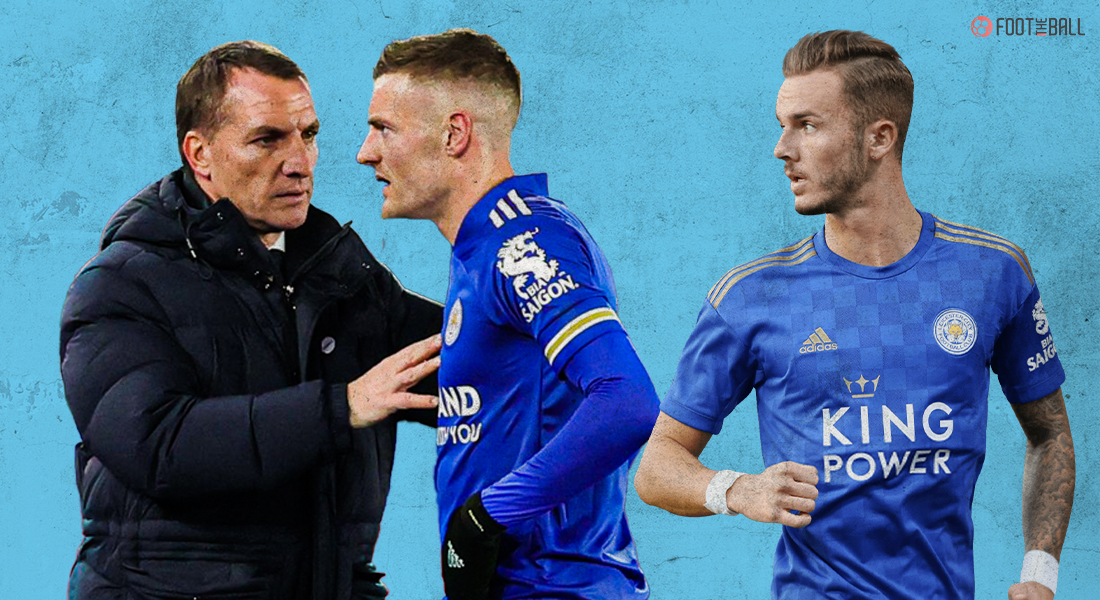 Watch the Premier League trophy lift and all the title celebrations from Saturday 7 May, 2016 🍿 https://t.co/SBbCGZOwmR

This year, they have been much more prolific and is currently sitting at third, four points ahead of their nearest rivals. Although they will likely finish third or fourth, the Champions League spot may not be guaranteed.

For the second season in a row, Leicester City may be looking at a Champions League heartbreak. The challenge for the Premier League crown is almost non-existential this season just like it was last season. The only difference being, this time it’s Manchester City and not Liverpool that is the forerunners.

The Citizens have accumulated 77 points and are ten clear of their Manchester rivals in second. Realistically, the title is almost in their hands. However, the challenge for the top four is still open, with a couple of times eager to secure a Champions League spot.

West Ham, Liverpool, Tottenham, Everton and Chelsea are battling it out for the fourth spot. Chelsea is currently holding on to the seat but may lose it if they slip up in any of their upcoming fixtures as all the other teams are breathing down their neck.

Even though there is tight competition for the Champions League berth, the pressing issue for Leicester would be the progress of Chelsea and Arsenal in the Champions League and Europa League respectively. Both teams are in the semi-final of their respective European competitions and stand a chance to go to the finals. Arsenal lost their first leg to Villarreal while Chelsea drew impressively against Real in Madrid.

Rio Ferdinand believes Chelsea will miss out on the top four this season, backing Leicester City to qualify for the Champions League ahead of Thomas Tuchel’s side. pic.twitter.com/4uvXp4LvBU

If they do manage to win the finals, and Chelsea finish outside the Champions League position, then The Foxes might not feature in the European competition next year. They will have to confine themselves to a Europa League spot, that is if they finish fourth in the table.

Ideally, if Leicester does manage to cling on to the third-place spot, then things would be fine for them. However, if they do lose out to the spot like last year, and the above scenario does come to be, they will only play in the Europa League.

Brendan Rodgers has reinforced the message behind an upcoming boycott of social media across English football in response to ongoing and sustained discriminatory abuse online.#StopOnlineAbuse

Only seven teams in total from the Premier League are allowed to participate in UEFA’s European competitions in one season. The first four will go to the Champions League. The FA Cup winners and the fifth-placed teams would qualify for the Europa League.

A maximum of five teams is allowed to participate in the Champions League from a league. Leicester is facing the same situation that Tottenham Hotspur faced in 2012, where they were forced to play in the Europa League.

Leicester has had an outstanding season so far. Although many of the big guns have faltered this season, it doesn’t discredit the efforts Brendan Rodgers’ men have done. The ageing Jamie Vardy might not feature for the club for many more seasons and he along with the others will strive to play European football next season.