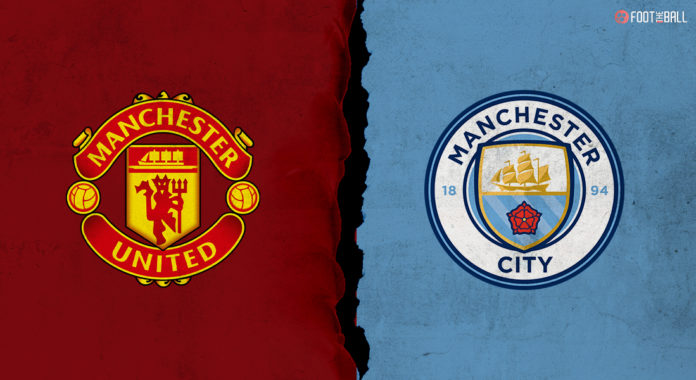 The Manchester Derby is the one game that has shot up in significance in the last 15 years. Since Manchester City’s takeover which made the Cityzens one of the richest clubs in the world overnight, the two Manchester teams have been on opposite trajectories.

In a fixture historically dominated by the rampant Red Devils from Manchester United, the scales of power have started shifting. Pep Guardiola’s Manchester City are arguably the most complete team in Europe right now. Barring a couple of years when United upset (yes, a United win is considered an upset now) City, Manchester City have looked the better team.

Just like Manchester United wanted to knock Liverpool off their perch by winning 20 PL titles, Manchester City would also love to knock United off theirs.

Although they lag a fair bit in terms of PL titles, the Manchester Derby head to head record is one that could tilt in favour of the Blue side soon, if United don’t arrest their slide.

We take a look at the Manchester Derby head to head record in various competitions to see how the balance of power has started shifting.

The Manchester rivals have faced each other 152 times in the English First Division/Premier League’s illustrious history. Nothing explains the power shift more than Manchester City creeping close to overtaking United’s win number. Guardiola’s side did the double over the Old Trafford outfit last season and will start most derbies henceforth as overwhelming favourites.

United will hope Erik ten Hag fixes the club’s shortcomings soon or this record could till definitively towards the Cityzens at the end of the decade.

For years, Manchester United won trophy after trophy and sometimes during those years, Manchester City were nothing but another step on their road to glory. However, just like the league, the Manchester derby head to head record in cup competitions has also started to flounder for the Red Devils.

Manchester City are already ahead in EFL cup, with five wins to United’s four. United have a 6-3 lead in the FA Cup. However, both sides rarely meet in the latter stages of these cup competitions. The teams prefer to rotate in the earlier stages. Therefore, no definitive conclusions can be drawn from the head-to-head record of cup competitions without additional context.

Besides this, the Community Shield has also been witness to two Manchester Derbies, with United taking the honours both times.

Remarkably, the two teams have never met in the Champions League. This doesn’t look like changing anytime soon. United are in a perennial fight to make top-4 for the past decade and UEFA’s rules forbid the drawing of two teams from the same nation till the Quarter Finals stage, making it further difficult.

Manchester City were once coined the “Noisy Neighbours” by Sir Alex Ferguson. The team that was once a minor inconvenience in the path of all-conquering Red Devils is now the more successful neighbour. In fact, it can be said that while United look forward to beating Manchester City nowadays, Pep Guardiola’s side eyes the bigger prizes- the UCL and PL.

Erik ten Hag has got United resembling a competent football team again and football is a game of phases. City’s most dominant era coincided with United’s worst era in the PL. However, things change always, slow or quickly. The Manchester Derby head to head record will go a long way to deciding which way the balance of power in Manchester is swinging in the future.