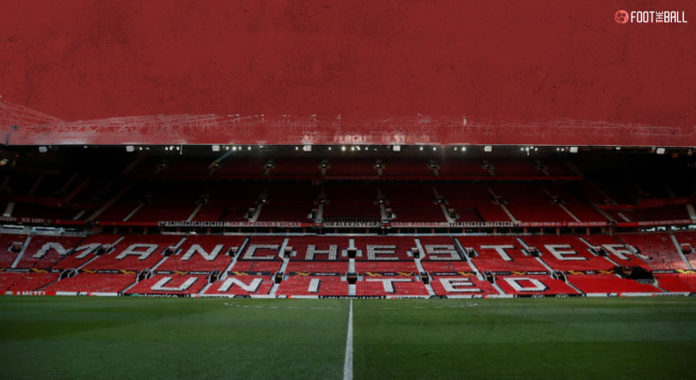 One of the bastions of English football that has been seeing audiences for more than a 100 years, Old Trafford is synonymous with Manchester United. Bobby Charlton christened it “The Theatre of Dreams,” it has seen a plethora of titles grace its hallowed turf. 20 league titles (record most), 12 FA Cups and six European trophies have all been won by the Red Devils who are one of the giants of football.

Old Trafford is the largest football stadium in the UK by capacity, and though there has been discontent from the fans due to its neglect under the current owners, renewed talks of renovation and development were touted last year. Furthermore, it has also hosted the Super League Grand Final of the rugby league yearly.

WHY IT IS CALLED OLD TRAFFORD?

To put it simply, English people were unimaginative in the 1900s. The stadium is located in the market town of Stretford inside the Metropolitan Borough of Trafford. The area is of course home to Manchester City as well, who had their former stadium Maine Road in the Moss Side. Another reason why the stadium could have gotten this name is the fact that there is also a cricket stadium called Old Trafford 800 metres from this one.

Old Trafford was opened in 1910, while the cricket stadium had been around since 1857. So, the people around the area probably thought it best to name the football stadium after the cricket one that already existed.

It has four main Stands:

Formerly the United Road Stand or the North Stand, it runs over the top of United Road. Its current three-tier structure opened in 1996 and is the main stand. It houses the Red Cafe, and the museum/trophy room. It was given its current name in 2011, with a nine-foot statue of the legendary manager erected just outside the Stand one year later.

The Sir Alex Ferguson stand under construction in 1995. Chances of Jose getting a stand named after him? #MUFC pic.twitter.com/m825OlCqun

Previously known as the South Stand, it houses the executive suits and the VIPs area. Television studios are located at either end of the Stand, with the dugout being in the centre of it. Each team’s dugout also flanks the old players’ tunnel, used till 1993 which remains the only part of the original stadium. Now it is called the Munich Tunnel, in honour of the victims in the Munich Air Disaster. The Stand was unveiled with its new name in 2016.

The Sir Bobby Charlton Stand was unveiled at Old Trafford one year ago today! #MUFC pic.twitter.com/k4zwVnW05t

Popularly called the ‘Stretford End,’ it houses the most hard-cored United supporters, and was converted into an all-seater in 1993. The second tier was added in 2000, with fans hanging banners and flags from the front of it. There is a statue of Dennis Law on the concourse of the stand’s upper tier.

Commonly called the ‘Scoreboard End’ due to the location of the scoreboard, and also has the club’s administrative centre. Advertising and sponsoring is done mainly using this Stand. There is a statue of Sir Matt Busby above the club’s megastore, and a plaque dedicated to the victims of the Munich air disaster on the south end. On May 28, 2008, a statute of the club’s Holy Trinity of Dennis Law, George Best and Bobby Charlton was unveiled across Sir Matt Busby Way from the East Stand.

Ronaldo, Sancho and Varane adorn the East Stand at Old Trafford. Three months ago this would have been a dream for #MUFC fans, now it’s a reality. pic.twitter.com/ZtrMv6iAfZ

The stadium broke ground in 1909 and the work was finished in 1910. Designed by famous stadium architect Archibald Leitch, it was originally supposed to hold 100,000 spectators. However, with rising costs, it was scaled down to 80,000 but still earned United the tag of “Moneybags” due to their spending.

On this day in 1910, #mufc faced Liverpool in the first-ever game at Old Trafford. pic.twitter.com/0rZAc9gqXn

The inaugural game was hosted on February 19, 1910 as Liverpool came to visit, running out 4-3 winners. Old Trafford often used to host the final of the FA Cup before the construction of Wembley in 1923. It suffered heavy damage from bombing during World War II, going more than 10 years between 1939-1949 without hosting a league match. United had to play their home games at Maine Road, and with the club severely in debt, the War Damage Commission had to help out in bearing the repairing costs.

The roof pillars were removed and a roof was put in place before the commencement of the 1966 World Cup hosted by England. It underwent further redevelopment work in the 1990s with the latest coming in 2006 as second-tiers were added to increase the capacity to over 76,000 once again.

Old Trafford hosted the final of the 2003 Champions League between Juventus and AC Milan, with the Rossoneri winning on penalties. It has also hosted matches for the 2012 Summer Olympics, three group-stage matches of the World Cup, and games of Euro 1996. For United, some of their greatest results have come at home. These include the 1-0 win over Barcelona in 2008, the year they won their third title and the famous 7-1 victory over Roma in 2007.

There is no denying that Old Trafford holds an exalted place in the folklore of Manchester United and European football too. If the current condition of the stadium can be bettered, it will rank amongst the best for hospitality and crowd experience again.