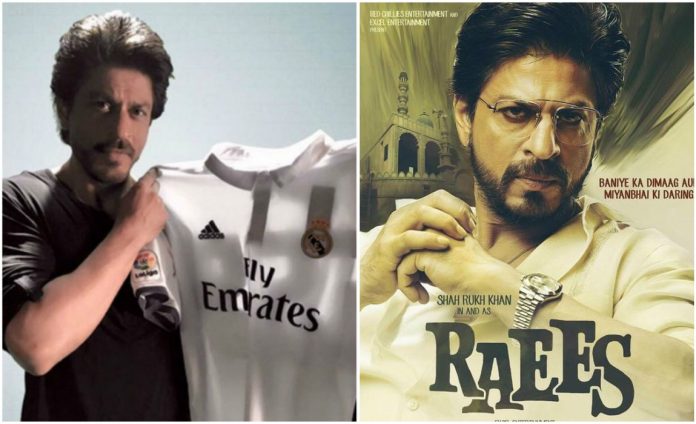 Real Madrid Football Club have taken to Facebook hoping that Shah Rukh Khan’s movie Raees would turn out to be super hit. 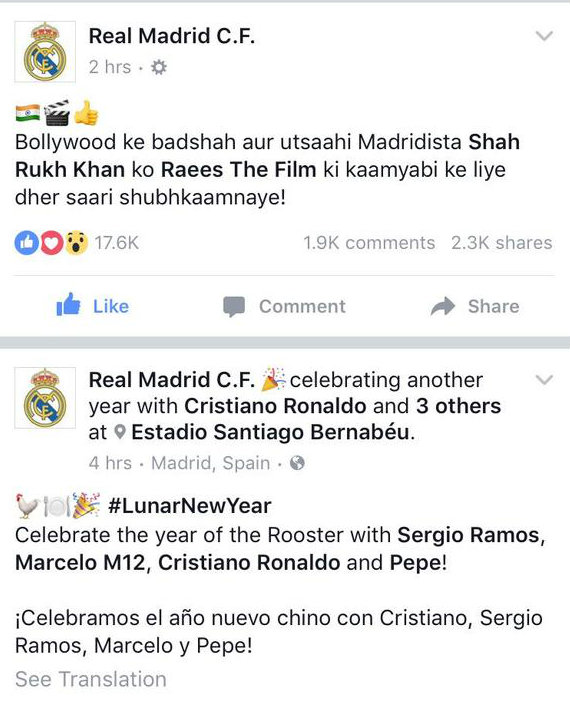 Bollywood King Khan is known to huge fan of the Spanish club.

Soon enough Shah Rukh Khan replied: “Let me know when the team wants to see Raees The Film. Thank you and best of luck for your games!” 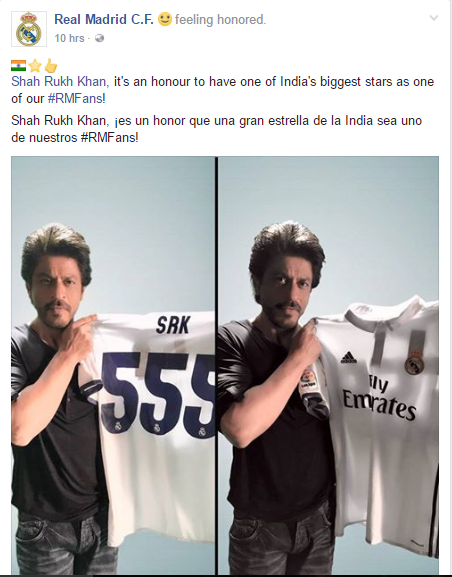 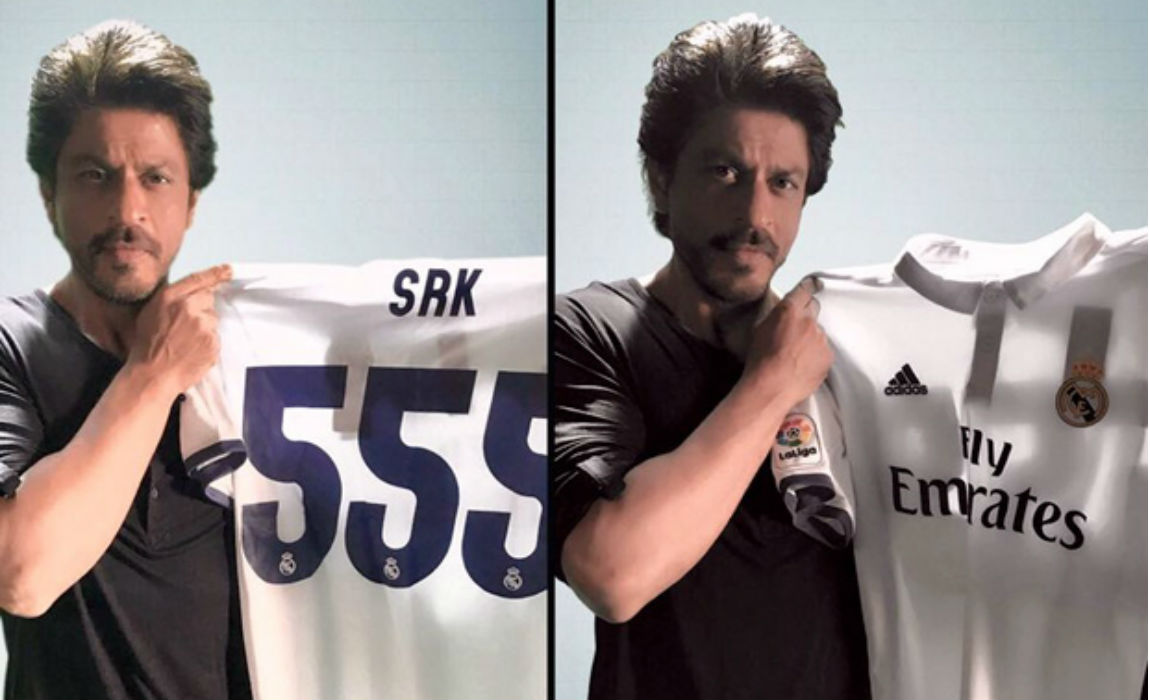