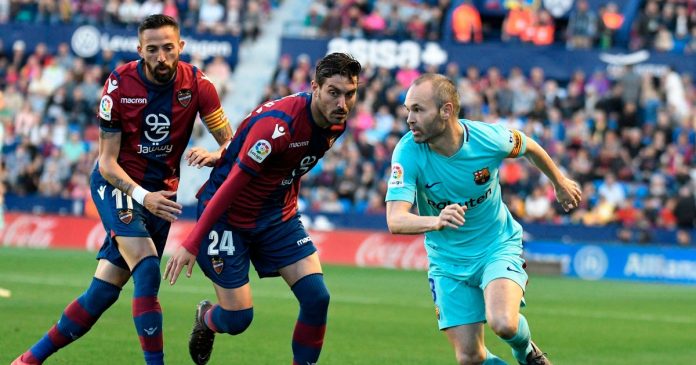 Levante striker Emmanuel Boetang scored a hat-trick as Levante ended FC Barcelona’s dreams of going an entire league campaign without losing a single match and their 43 game unbeaten run stretching into last season with an incredible 5-4 win over the La Liga Santander champions in the Ciudad de Valencia Stadium on Sunday night. 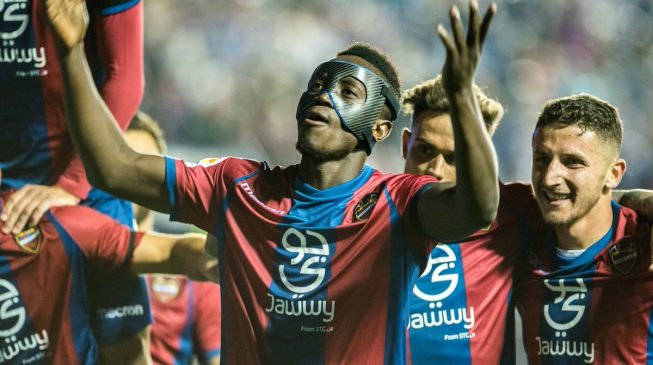 Boetang is the first player to score a league hat-trick against Barca since Diego Forlan did so in 2005, although after some dreadful defending, Barca fought back to almost snatch a dramatic draw.

Barca had travelled to Valencia without Leo Messi, Samuel Umtiti and the suspended Sergi Roberto, but the players fielded by coach Ernesto Valverde looked to be thinking about their holidays or the forthcoming World Cup as Levante produced a huge surprise, or what would have been a huge surprise had they not won 7 of their last 9 games prior to the weekend. 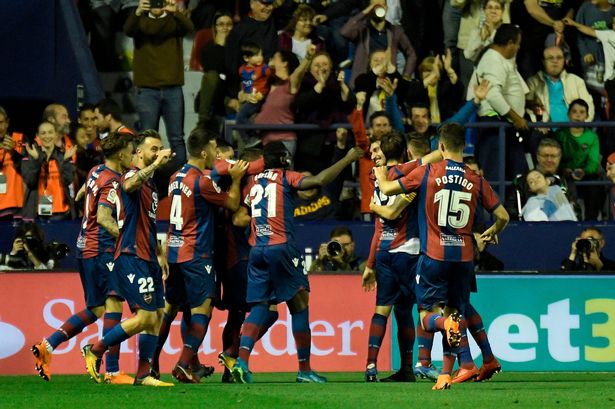 Two goals from Boetang after 8:30 put Levante 2-0 up before Phillipe Coutinho pulled one back for Barca before the break.

However, hopes of a Barca fightback looked to be dashed when Enis Bardhi made it 3-1 for Levante just 33 seconds into the second half before Boetang completed his hat-trick three minutes later and Bardhi added his second to make it 5-1 in the 55th minute.

The Levante fans were still celebrating when two rapid fire goals from Coutinho saw him complete his hat-trick and pull Barca back to 5-3 with just under half an hour remaining. 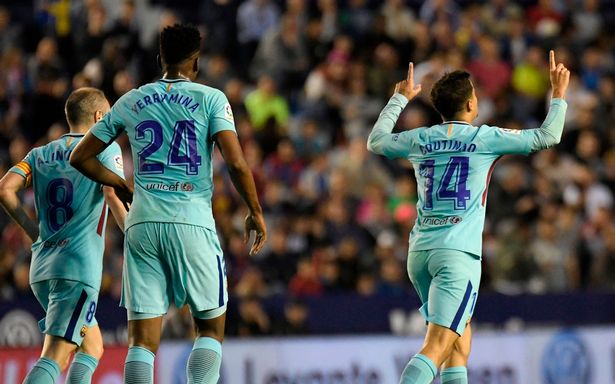 A penalty committed on Sergio Busquets then allowed Luis Suarez to score from the penalty spot to make it 5-4 with 20 minutes still to play, but despite Barca’s efforts, Levante were able to dig deep and end their incredible run of 43 games without tasting defeat to an end. 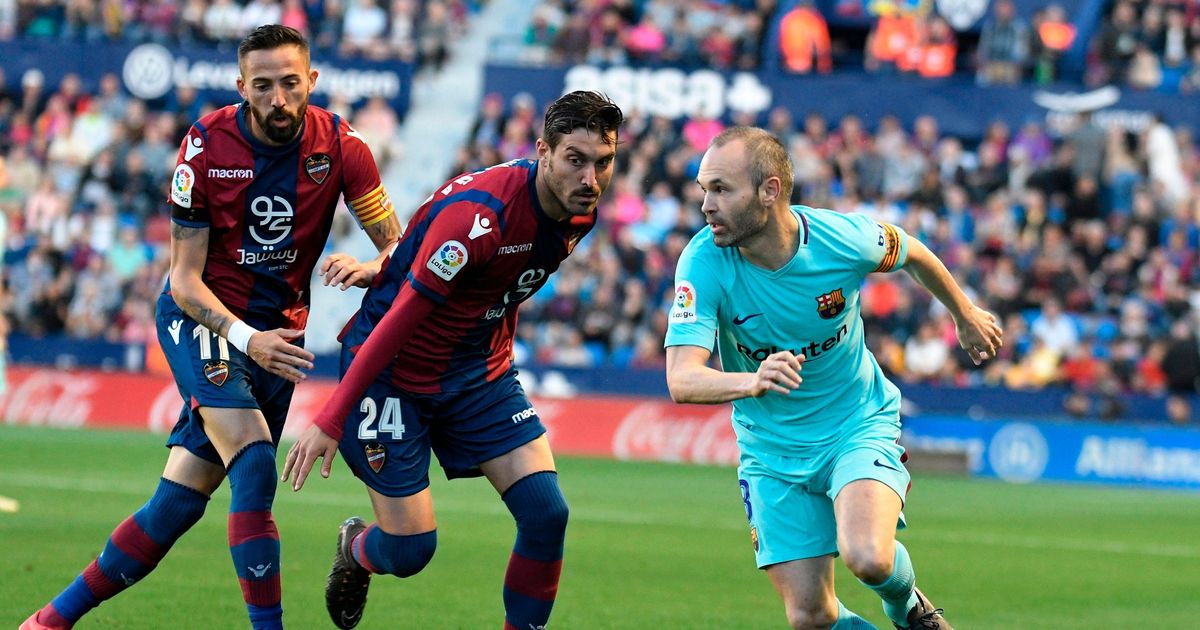 To round off a disappointing night for Barca, Belgian defender Thomas Vermaelen suffered an injury which must put his place at the World Cup in doubt. 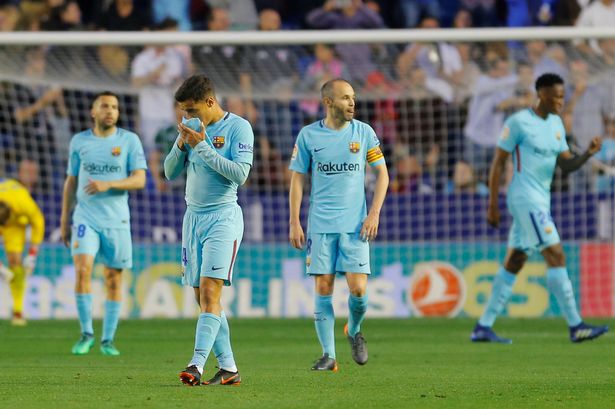