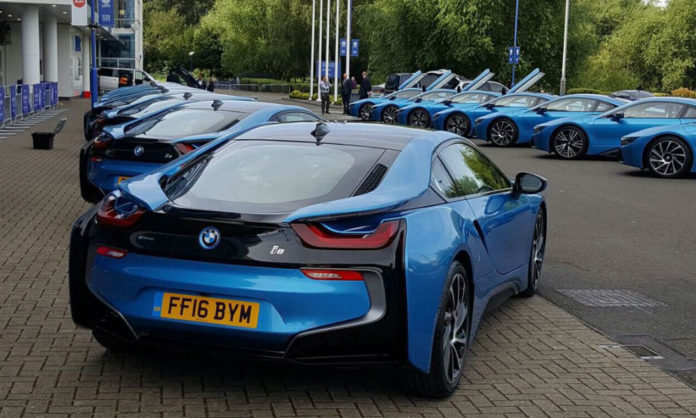 Leicester City’s Title Winning Celebrations Are Not Yet Over. 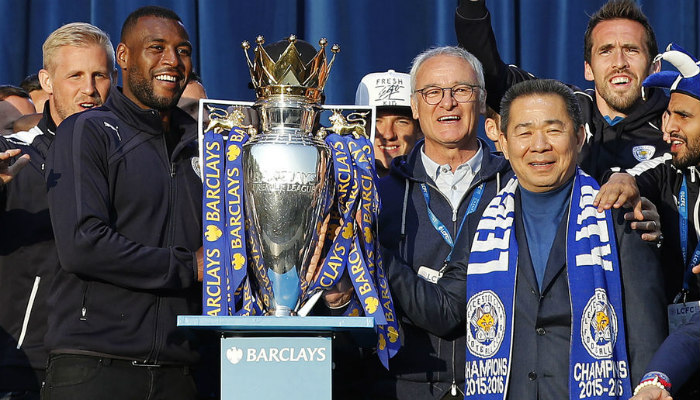 Leicester City owner Vichai Srivaddhanaprabha has now gifted a blue BMW i8 hybrid sports car to each of his players who fought against all odds to clinch the Premier League title last season.

Basking in the success of their title glory, Srivaddhanaprabha had earlier given out 30 Mercedes B-Class Electric Drive cars to the entire squad, in May.

To motivate the squad further, Srivaddhanaprabha has now gifted his players with a BMW i8 hybrid, priced at over £105,000 each. 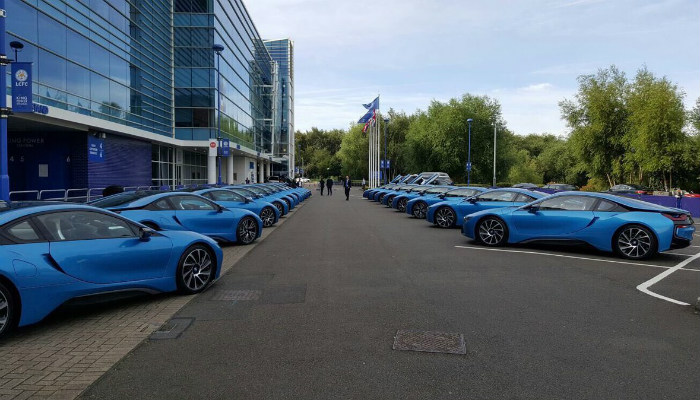 19 BMW i8 sports cars were seen parked outside the King Power Stadium and the Leicester players were all smiles today after the news of their last gift broke out.

Leicester City had 23 players in their squad last season and only 19 cars were handed by the owner. Reports claim that four players were left out, which includes – midfielder N’Golo Kante, Joe Dodoo, Andrej Kramaric and Yohan Benalouane.

Kante played a pivotal role in Leicester’s Premier League title triuph last season but he missed out on the premium gift after joining Chelsea for £30million this summer.