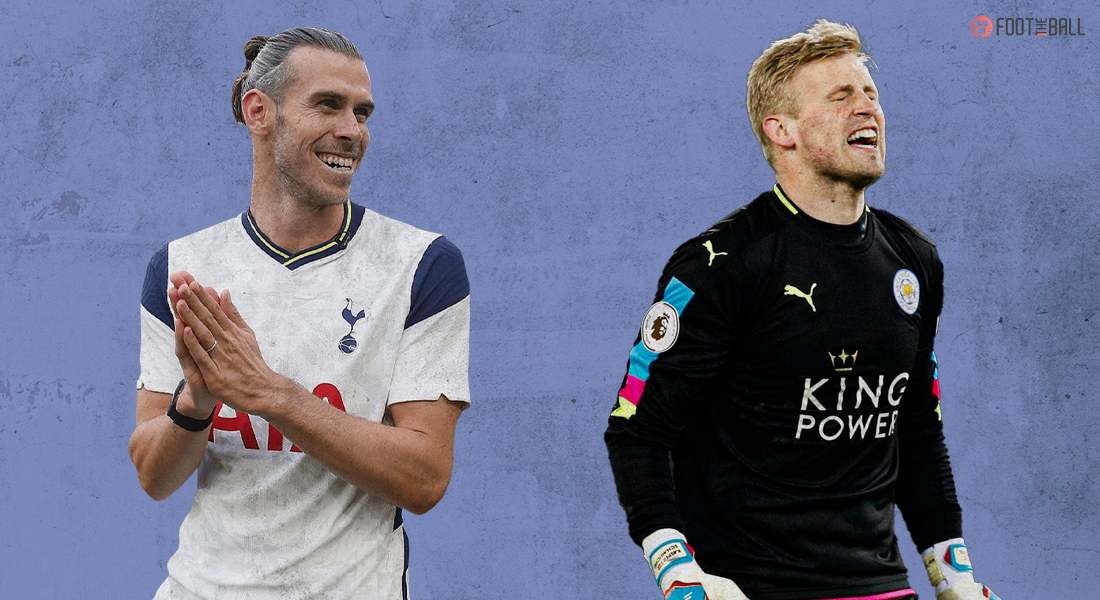 Leicester City suffered a 4-2 defeat at home to Tottenham Hotspur as they missed out on Champions League football once again. Spurs, for their part, secured European football through the Conference League, finishing seventh. Perhaps more importantly, they avoided another St. Totteringham’s Day, finishing ahead of Arsenal.

The Foxes led through twice, each time through a Jamie Vardy penalty but an uncharacteristic mistake by Kasper Schmeichel and a late brace from Gareth Bale meant that they finish fifth behind Chelsea and Liverpool.

Leicester looked well in-control, taking the lead after Vardy was brought down by Toby Alderweireld in the penalty box. Spurs equalised through Harry Kane which could be his last goal for the club. The script repeated itself in the second when Davinson Sanchez grabbed Vardy to give away another penalty.

However, Spurs staged a fighting comeback. Schmeichel accidentally punched an equaliser into his own net and as Leicester pushed for the winner, gaps opened up at the back and Bale scored two late goals to round off the scoring.

Chelsea’s defeat to Aston Villa meant that Leicester would have qualified for the Champions League with a win but it was not to be for Brendan Rodgers’ side. Here are our three key talking points from the match.

If Tottenham are to compete for European football again next season then they desperately need defensive recruits irrespective of the manager in charge. Alderweireld looked out of sorts throughout the match. He lost Caglar Soyuncu from a corner early on and made a gaffe of a tackle for the penalty which brought Leicester’s opener.

It isn’t just Alderweireld though. Davinson Sanchez (as he showed for the second goal) and Serge Aurier always have an error in them, Sergio Reguilon looks short of confidence and Joe Rodon and Japhet Tanganga need more time. It is difficult to imagine Tottenham competing for trophies with this defensive backline.

HE SCORES AGAIN FROM THE SPOT! ⚽️ pic.twitter.com/uqoVUqMZHa

Moreover, none of their defence is particularly comfortable with the ball. Reguilon gave it away for Aston Villa’s winner last time out and Leicester’s press found it easy to pin Spurs back in their own defensive third, especially in the first half.

ROLL IT BACK FOR SPURS

Under Mauricio Pochettino, it was the trio of Kane, Alli and Son which played fluent attacking football and Ryan Mason has given it them the opportunity to replicate that again. Dele Alli turned in as Dele Alli (post-2019) a performance gets – bright but casual and ultimately, ineffective.

Son and Kane kept Jose Mourinho in a job longer than he should have been and their chemistry was sharp again, perhaps for the last time. Kane’s crisp finish through Kasper Schmeichel’s legs could very well be his last goal for the Lilywhites and Spurs fans will go to bed thinking what could have been after seeing the trio play together again.

He was born to play for Spurs#THFC ⚪️ #COYS pic.twitter.com/x0FK7HpzL4

However, it was Gareth Bale with the late brace to break Leicester City hearts that caused the biggest throwback for Tottenham. He came on for Steven Bergwijn in the 68th minute when Spurs were 2-1 down. After Schmeichel’s own goal, Leicester pushed for a winner and Bale’s pace made them pay as they conceded two late goals.

Leicester City may not be playing Champions League next season but they went down fighting. Soyuncu and Youri Tielemans in particular were rabid in their efforts at both ends. The Foxes have become everyone’s second team under Brendan Rodgers and it was another season of progress with the FA Cup win.

It wasn't to be, but your support today and throughout 2020/21 has been amazing. Thank you 👏 pic.twitter.com/0aeBAXnNQQ

Leicester will be disappointed but they have already broken the ‘Big 6′ myth and look the likeliest to break the top four dominance of the Manchester clubs, Liverpool and Chelsea. In a season where so much was different, the end result looks eerily similar to last season’s but there is always hope in football and Rodgers’ Foxes are its flagbearers.