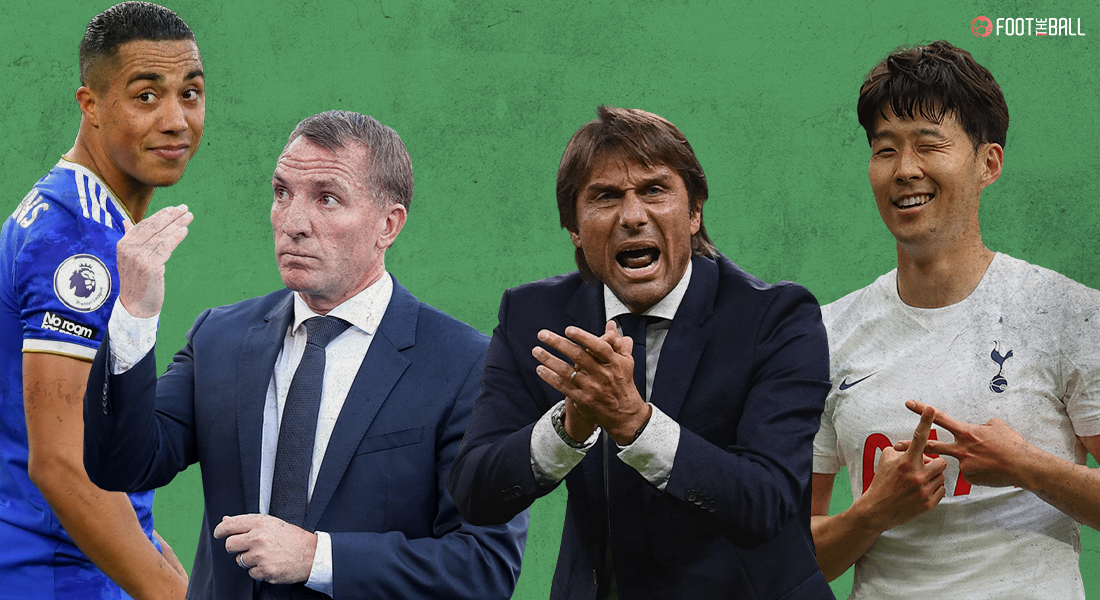 Leicester welcomes Conte’s Tottenham Hotspurs in a midweek Premier League tie. The two teams have been highly inconsistent this season. Tottenham who currently sit 7th in the table 3 points ahead of Rodgers’ Leicester who are 8th.

The Foxes have found their goal scoring touch in the last few weeks, which has seen them put 4 past a hapless Newcastle side who seem destined for the drop. Leicester have struggled to put a run of games together where they dominate their opposition this season. Leicester would be vary of dropping points against Tottenham who have looked solid since Conte’s appointment.

"It was a test of our mentality."

Rodgers would be glad that his porus Leicester defence does not have to face an in-form Harry Kane as the Tottenham talisman is still seemingly suffering from a Euro hangover.

Spurs on the other hand would be looking to propel further up the table and put pressure on 6th placed London rivals Arsenal. Tottenham are also lucky that teams around them like Leicester and Arsenal have played two more games than the Lilywhites.

Conte would be hoping that Kane can find some form against an injury-stricken Leicester defence, which is the 5th worst in the League right now. If Kane and Son show up, expect  Tottenham to batter the Foxes in this game.

Leicester have really struggled with injuries this season especially to their defensive line. They have played a majority of games this season with a makeshift back 3 or 4. Wesley Fofana, Ricardo Periera, Namplys Mendy and James Justin are unavailable for this game against Tottenham.

"Three points, four goals and a clean sheet. What more can you ask for?" 🙌 pic.twitter.com/DJUZfy9lvs

After Nuno’s sacking Tottenham have chopped and changed their line up quite a bit under Conte who still seemingly has not found his best 11. Luckily Leicester themselves have been very inconsistent this season, even at home. Thus Conte’s Tottenham would not be too worried about facing them. The likes of Christian Romero , Emerson Royale and Gio Le Celso will not be available for selection due to injury.

Despite the inconsistent form of Leicester , the Foxes will be jubilant about the current form of their star playmaker James Maddison. The Leicester number 10 had an abysmal 2019/20 season compared to his lofty creative standards.

But luckily the attacking mid has finally hit a purple patch this season and has 4 goals and 3 assists in 16 games. His partnership with Vardy up front is also blossoming again which will pose the biggest threat to Spurs backine in this game.

Hueng Min-Son has been the consistent saviour for Tottenham over the last 3 seasons, so much so that he has arguably overtaken Harry Kane in terms of his importance to this Spurs side. In 13 games this season in the league Son has scored 6 and assisted 2.

He is also Tottenham’s highest scorer in the league right now. Son alone could power Tottenham past Leicester who seriously need to fix their leaky defence.

Leicester have not been great at home this season, something Tottenham will look to capitalise on. Since Conte’s arrival the Lillywhites have seemed destined for the top 6 by the end of the season and a win against the Foxes in this game will be essential for them.

This game will be full of high intensity action and brutal midfield battles between the likes of Tielemans and Hojbjerg. We at FootTheBall predict this game to end 3-1 in Tottenham’s favour as Leicester’s struggles seem to rise.