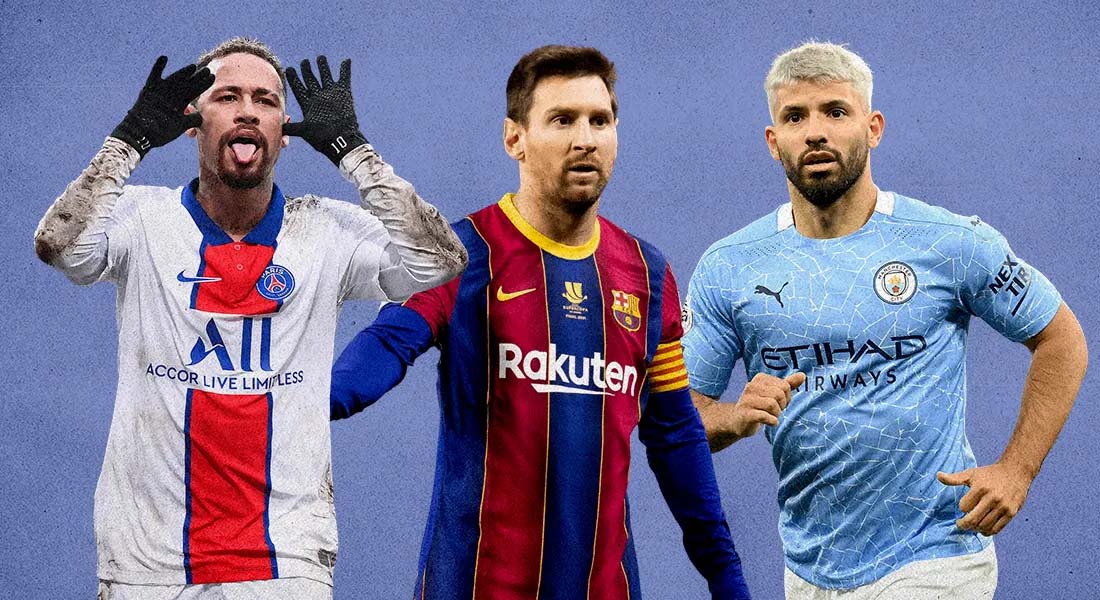 Lionel Messi’s contract extension with Barcelona has been in doubt ever since the Argentinian put in a transfer request last summer. A contractual dispute which would have led to a legal battle with his boyhood club kept the 33 year old from forcing a move last year.Apparently Leo Messi has new demands that should be met by Barcelona to make him stay.

According to recent reports, Barcelona legend and 6-time Ballon d’Or winner Lionel Messi has still not made up his mind on signing a new contract with Barcelona. Despite making a swift comeback from a sluggish start to the season and having got rid of club president Bartomeu, Messi is still contemplating his options.

His disputes with club president Josep Maria Bartomeu regarding transfers over the years and the latter’s treatment of Messi’s teammates and club legends like Andres Iniesta and Luis Suarez led to the situation.

However, fans became hopeful when Joan Laporta replaced Bartomeu as the club’s president in the recent elections. Notably, Laporta made a promise in his election campaign to persuade Messi to sign a new contract and extend his stay at the Camp Nou. Laporta enjoys a good personal relationship with the Argentine which could impact the negotiations positively for the franchise.

Laporta and Messi before taking the cup. Iconic. pic.twitter.com/QrXh7DPWlR

But with just 3 months left on Messi’s existing contract, Laporta is running out of time to work out a new deal for the club captain. Fans are becoming anxious over the lack of developments in this regard as they plead Messi to extend his long and harmonious relation with them.

Despite all the noise around him, Messi has led the team from the front and made crucial performances all season long. Messi has scored 33 goals and assisted 14 from 42 appearances in all competitions this year and is in sublime form having scored a brace against Getafe in the last match.

According to reports, Messi’s father and agent Jorge Messi has already arrived in Barcelona, hinting that a possible meeting with Laporta to discuss the terms of Lionel Messi’s new contract could be on the cards. But it’s not going to be a cakewalk as Messi looks to hold back and observe and wishes is demands are met by Barcelona.

Why Is La Pulga Holding Back?

Reports in Spain suggest Messi has kept himself away from contract negotiations in order to fully focus on his football before the season ends. Having already won the Copa del Rey earlier this month, Barcelona are still in a close fight to win their 27th La Liga title. Just 2 points below league leaders Atletico Madrid with a game in hand, Barcelona have a brilliant opportunity to complete a domestic double. With no room for error in the narrow title race, Messi has preferred to focus on the footballing aspect over anything else.

Messi And His New Demands?

The deciding factor for Messi in extending his stay is reportedly going to be a possible reunion with Neymar. Messi is keen to know if Barcelona is serious about bringing Neymar back or not. Having had his trust broken on several occasions in the past, Messi will refrain from taking the club’s words on their face value.

✍️ Messi is in no hurry to sign his renewal. He's waiting to see what Laporta will do since he's been lied to many times. Messi wants to know if Barça will be able to go for Neymar or not and also with Sergio Agüero [marca] pic.twitter.com/kZAHiF7Hjx

Messi is also interested to see what happens with compatriot Sergio Aguero as the Catalonian club plan to make a formal offer to the striker who will become a free agent after this season.

Having spent almost 21 years with the club and earning a legend status there, it’s more than obvious that Messi loves Barcelona. Having said that, he is a man of ideals and will not refrain from stepping aside if he’s kept in the dark or feels deceived.

Another disappointing transfer window is likely to be the final nail in the coffin for Barcelona as they might end up losing club legend Lionel Messi for free.