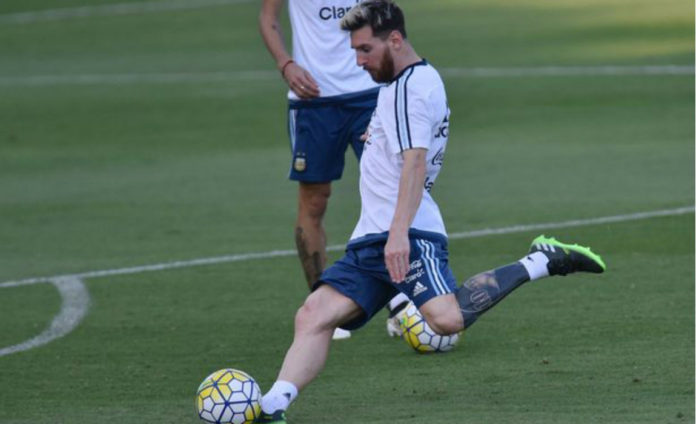 Argentine captain, Lionel Messi has revealed his new extreme black tattoo on the magical left foot during Argentina training ahead of Brazil clash. 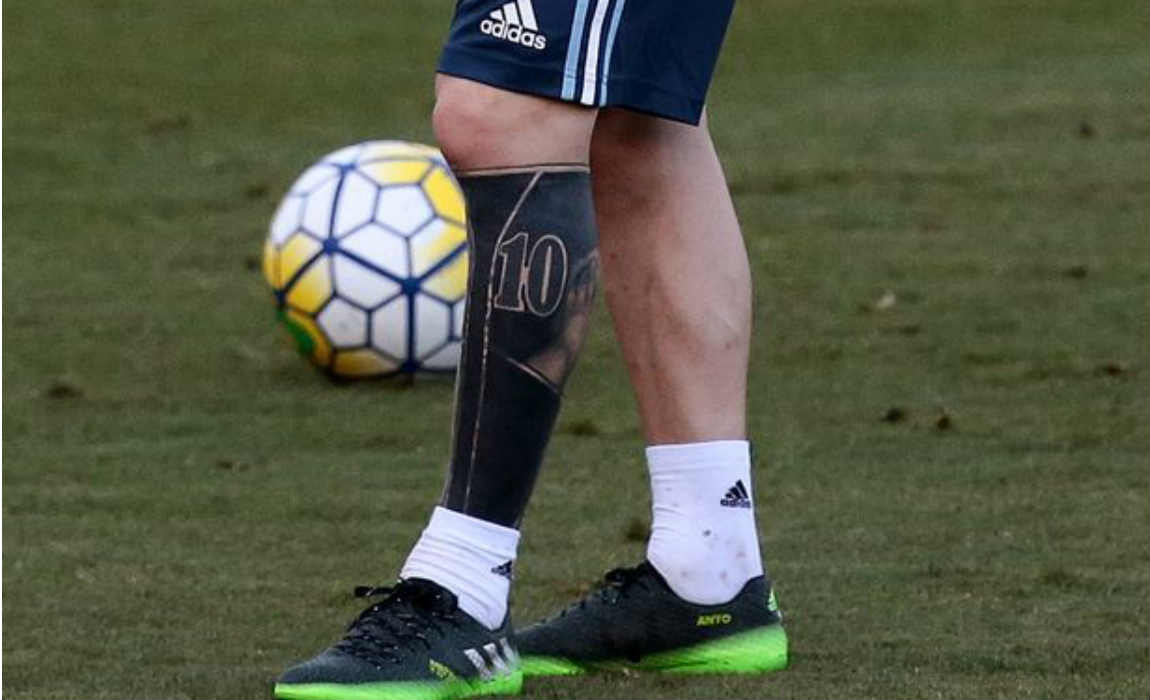 The particular area is usually covered with stockings during the matches but the 5 time Ballon d’Or winner exposed his new ink work and the result was shocking.

There was an intricate design once but he now has solid black – a sock in itself – with only his customary No 10 and two hands by the name of his son Thiago. 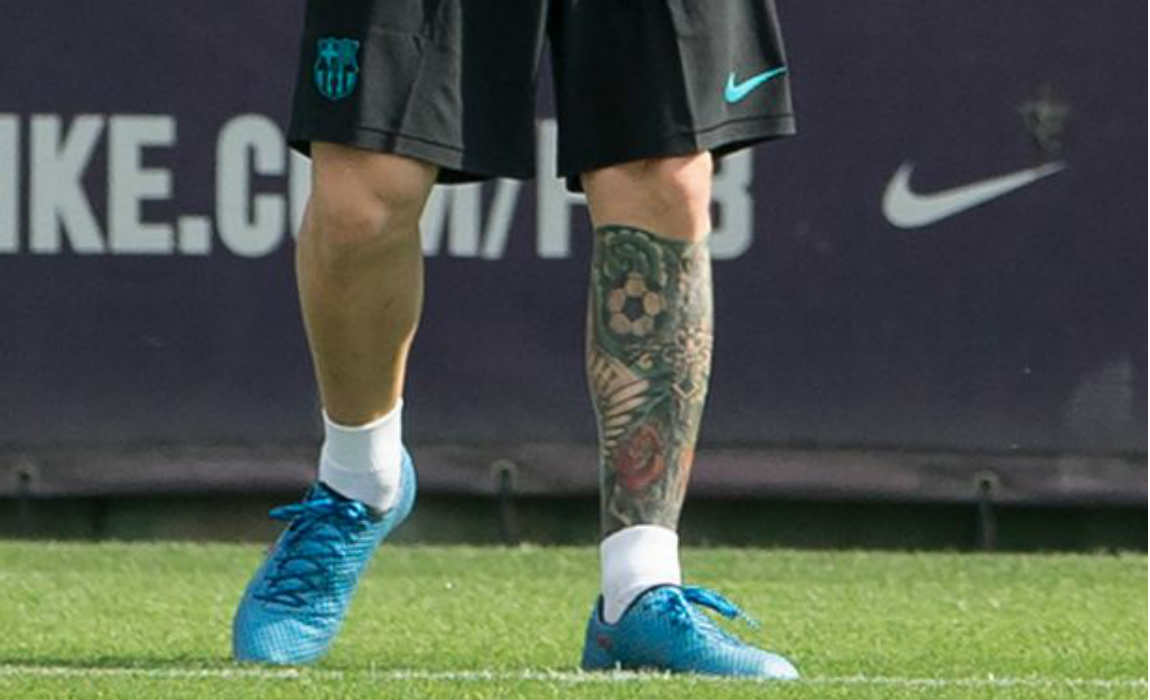 The earlier design constituted of flowers, wings, football and a sword but something did not turn up to be exciting for Lionel Messi who was quick to cover up the initial design.

Messi will be hoping to guide his side to the 2018 World cup in Russia. They now face a stern Brazilian test at the Belo Horizonte. Argentina lie at the 6th spot in the the South American qualification group. 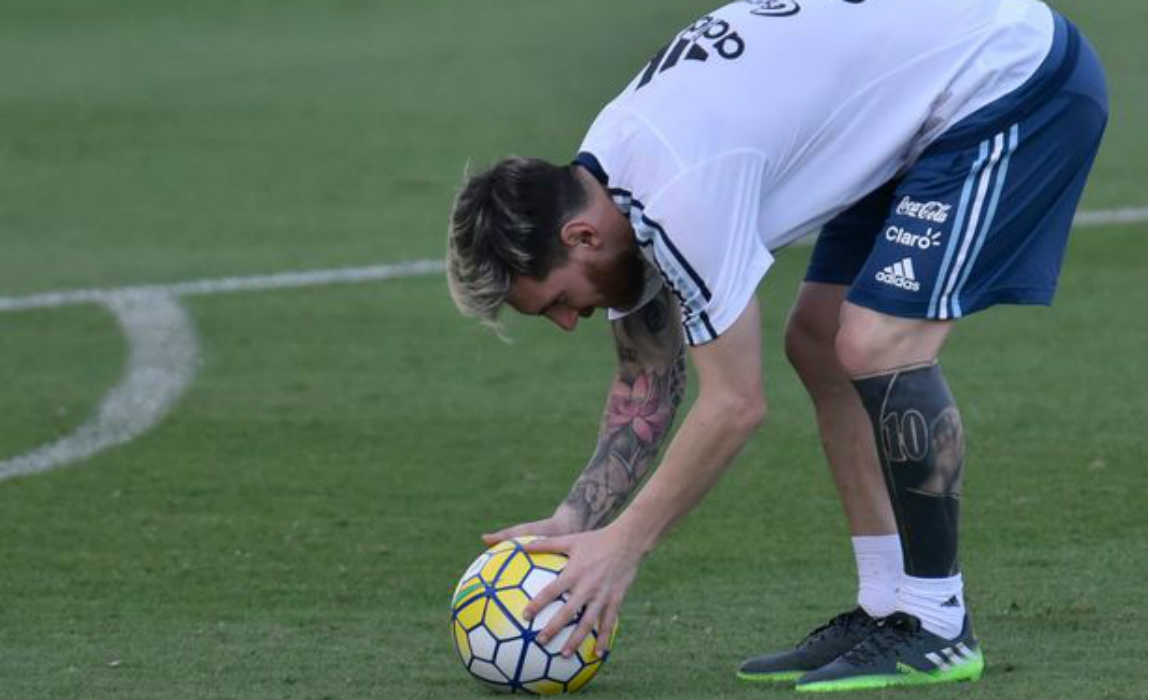 Meanwhile in Spain, Lionel Messi has appealed against the yellow card which he received for time wasting against Sevilla.