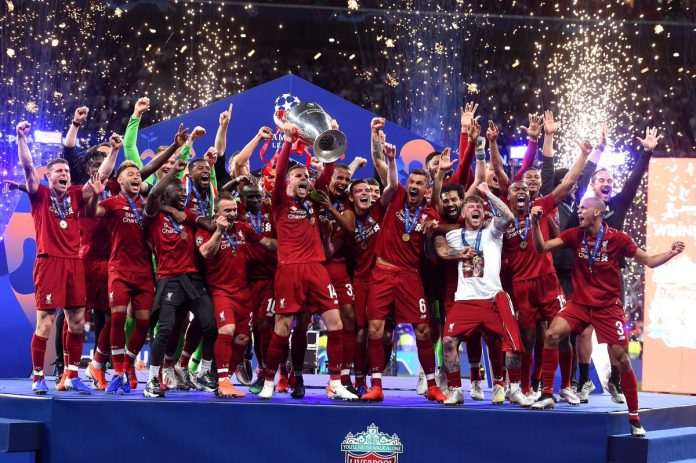 Roberto Firmino started after missing Liverpool’s previous three matches due to a muscle injury, while Fabinho, Georginio Wijnaldum and Jordan Henderson were picked in midfield.
For Tottenham, Harry Kane was passed fit to start following his ankle issue, with Lucas Moura making way for the striker.

In what could be termed as the most boring UCL final ever, Alisson Becker was the star of the night. He made 8 brilliant saves to deny the Spurs strikers from scoring. It was the first time since 2010 that a side with less position lifted the title, only after Mourinho’s Inter back in 2010.

Salah had his redemption after injury ruined his night against Real in Kiev, and the revered Klopp has his first trophy as Liverpool manager, three and a half years on from his arrival at the club. The German ends a run of six straight defeats in finals.

Salah confidently blasted home the penalty for the second-fastest goal ever scored in the final of the modern Champions League.

The only faster effort was Paolo Maldini’s effort for AC Milan against Liverpool in Istanbul in 2005, when the Anfield side famously won on penalties.

Spurs just did not get going, and there was none of the frenzied pressing and attacking associated with Klopp’s side, although Trent Alexander-Arnold and Andy Robertson both came close in the first half.

We all took a short nap during the game because it failed to hold us down to our seats. Too defensive, lack of quality, explains the situation of English football.