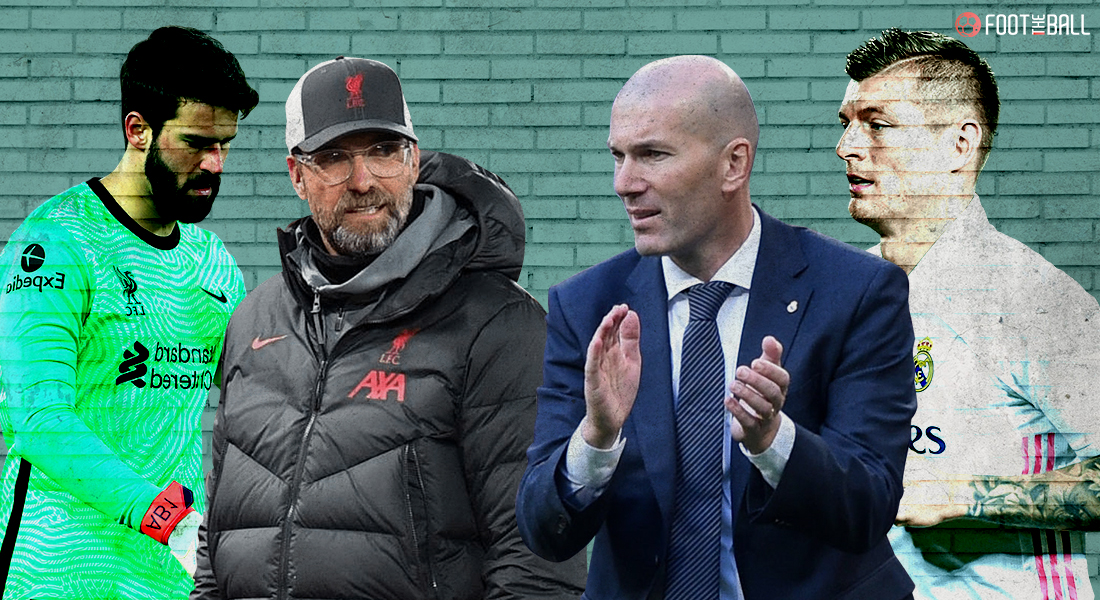 Liverpool host Real Madrid in the second leg of their UEFA Champions League quarter-final on Wednesday evening. The Reds face a 3-1 first leg deficit that they need to overturn to secure progress to the next round.

Jurgen Klopp’s men come into the match on the back of a 2-1 win over Aston Villa, their first at Anfield in 2021. Goals from Mohamed Salah and Trent Alexander-Arnold got Liverpool the three points to stay in the race for a top four finish.

Their opponents Real Madrid are flying high, following a crucial 2-1 win over Barcelona in El Clasico on Saturday. Karim Benzema and Toni Kroos’ first half goals were enough to see Zinedine Zidane’s men home despite a late Casemiro red card. The result took them momentarily top of the La Liga table, ahead on a better head-to-head record over Atletico Madrid who play on Sunday.

Liverpool’s injury struck campaign is showing no signs of easing up. Midfielder Curtis Jones is now a doubt for the second leg, joining a long list of absentees. Virgil van Dijk, Joe Gomez, Joel Matip and Jordan Henderson remain ruled out while striker Divock Origi may return to the bench.

Madrid suffered a major blow with Lucas Vasquez having to come off before half time against Barcelona with a knee injury. Vasquez will undergo tests and be assessed on Monday but is unlikely to feature at Anfield. He joins Sergio Ramos, Raphael Varane, Dani Carvajal and Eden Hazard on the sidelines.

Liverpool were uncharacteristically lax in their pressing in the first leg, which was partially down to the absence of Roberto Firmino. The Brazilian hasn’t enjoyed the best season so far but his all-round play remains key to the system. He can limit the influence Toni Kroos has on the ball which proved destructive in Madrid.

Roberto Firmino's equaliser for Liverpool is ruled out after Diogo Jota was deemed offside in the build-up#LIVAVL pic.twitter.com/R2EQzeuznJ

Thiago came on just before half time for the Reds which helped them wrestle back control in an improved second half. His ability to dictate the play and control the tempo will be crucial if Klopp’s men are to stage a comeback.

Madrid have no shortage of game changers but their most productive outlet in recent weeks continues to be Vinicus Jr, as predicted. His mazy dribbling and lightning pace will be dangerous as Zidane will look to hit Liverpool on the break.

35-year-old Luka Modric is having one of his best seasons in a Madrid shirt. He was involved in an altercation with Gerard Pique after Saturday’s win. His ability to carry the ball through Liverpool’s counter press is a useful weapon that the Reds need to worry about.

Liverpool have some impressive comebacks in their repertoire but this one feels a bit out of reach. Their attack has been toothless and Madrid have the right tools to hurt them on the counter-attack. FootTheBall predicts Liverpool 1-2 Real Madrid.