Liverpool goalkeeper Simon Mignolet has been going through a rough patch on the pitch as the Belgian has been dropped from the first team due to a string of poor performances by boss Jurgen Klopp. 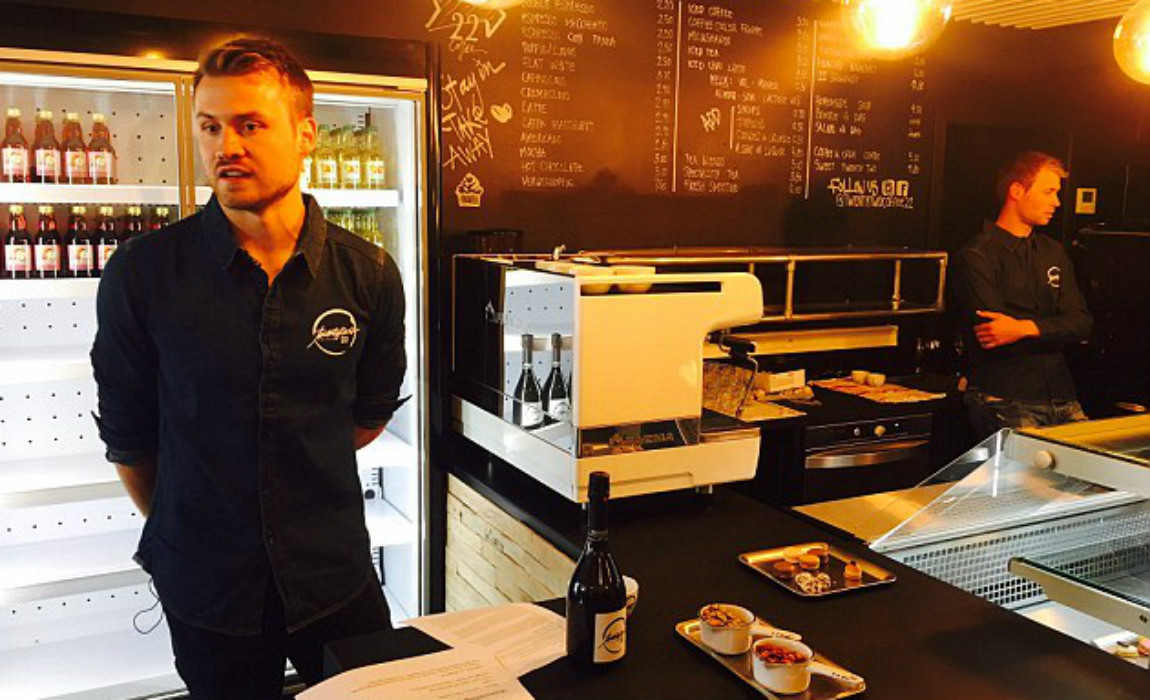 Mignolet, however, isn’t deterred as the former Sunderland stopper is already planning ahead and has opened a coffee shop in his hometown of Sint-Truiden in Belgium.

He has name his cafe ‘TwentyTwo Coffee’, with 22 being his Liverpool jersey number.

“Personally I do prefer a ‘flat white’, but that is not so well known in Belgium. I invite everyone to try it out here,” Mignolet told Belgian newspaper HLN.

“I myself do not serve coffees, but trust the running of the business to my brother Wouter, who will be assisted also by my wife Jasmien.” “The name of the case, TwentyTwo, is a nod to my shirt number. I hope it gives me the same success next as the game. In the case of football and sports will never be far away.”

Mignolet is currently on national duty under new Belgium boss Roberto Martinez but is yet to make an appearance.

Chelsea’s stopper Thibaut Courtois has been the preferred first-choice keeper for the Belgian Red Devils in the recent years. Meanwhile, Premier League action is set to resume after the international break and Mignolet’s club Liverpool will be in action on Monday against fierce rivals Manchester United at home Anfield.

However, Summer signing Loris Karius is likely to start the match ahead of Mignolet.