Love For The Beautiful Game: Of Numbers, Viewership, And Everything In Between 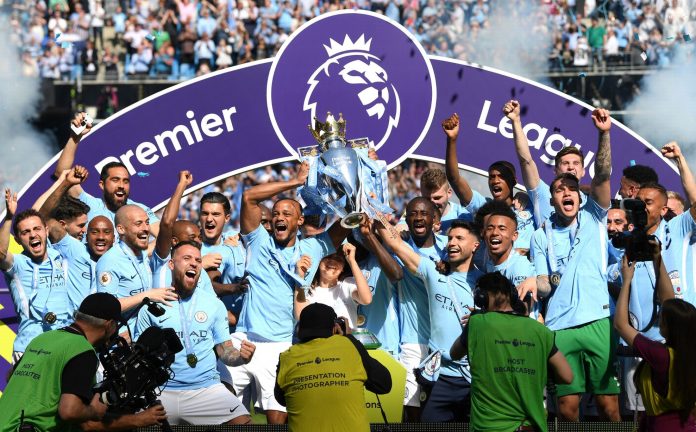 Football’s a phenomenon. Every year, football fans across Europe take the stadiums by storm. Be it the Premier League or La Liga, millions of fans make their way to the stadiums in order to catch all the action. As far as the numbers are concerned, the Premier League, UK’s top-tier football league attracted nearly 36,000 people to the match  between 2011/12 and 2016/17.

In the 2018-19 season, the average attendance of the Premier League stood at 38,000. The game between Tottenham Hotspur and Arsenal played on March 2, 2019 recorded an in-stadium attendance of over 81,000.

It goes without saying that the English League is the best in the world. Some of the most followed football clubs in Europe are based in the UK. The likes of Manchester United, Chelsea, Liverpool and Arsenal have a global fan base. Spectators get to see some of the finest footballers in action during the course of the Premier League. Eden Hazard, Mo Salah and Kevin De Bruyne have all become household names.

Also, the money aspect cannot be taken out of the picture. UK’s Premier League is the world’s richest league. Furthermore, it’s the Premier League’s ambience that pulls spectators to the stadium. Watching Marcus Rashford score a goal for the Red Devils at the Old Trafford is definitely a moment to behold.

But, it’s not just about the players or the amount of money involved. The Premier League is also followed widely because of the hospitality it provides to the spectators. People make their way to the stadium in order to be a part of the club’s legacy. The shouts, the screams, the joy, the emotion, it’s an experience like no other. People opt for Champions League hospitality packages to make their in-stadium experience memorable.

Quite surprisingly, the German Bundesliga has recorded better attendance figures than the Premier League for the 2018-19 season. The average headcount at a Bundesliga fixture stood at 43,000. Also, there were quite a few matches that saw crowds of over 80,000. For instance: the match between Augsburg and Borussia Dortmund recorded an attendance of over 80,000. Same was the case with the fixture between arch-rivals Borussia Dortmund and Bayern Munich at the Westfalenstadion.

The Premier League is undoubtedly the most followed league in the world, but gets beaten in terms of stadium attendance by the Bundesliga. German stadiums standing tickets to be sold, and insist on partial fan ownership of teams. This keeps the ticket prices low, which results in increased average capacity.

Now, let us move to Spain. The first thing that comes to mind is El Clásico. The clash between arch-rivals Real Madrid and Barcelona is easily the most-watched match of the season. The clash between Cristiano Ronaldo and Lionel Messi grabbed all the eye balls until last year, but since Ronaldo’s move to Juventus, it’s all about Lionel Messi’s brilliance and artistry. The clash between the two heavyweights (Barcelona and Real Madrid) at the Camp Nou attracted more than 90,000 spectators in 2018. Barring  El Clásico, attendance figures at the La Liga have been low. The average attendance of the La Liga stood at a humble 27,000 during the 2018-19 season – a figure more in line with the English and German second tiers.

The Italian League tells a story of its own. The numbers are dwindling rather quickly. Even Cristiano Ronaldo’s arrival at Juventus couldn’t increase the number of viewers. At present, the Italian Serie A has a humble viewership of a fraction under 25,000 spectators per match (2018-19).  The declining viewership of the Serie A is a result of the country’s poor form in the World Championships. Since Italy’s shocking exit from the World Cup in 2010. The league structure has failed to produce Francesco Totti’s successor. Also, players as good as El Shaarawy are struggling to cement their place in the national side.

Fans want adrenaline-pumping action. They are not bothered about the origin of the league. They want to experience something that would stay with them for the rest of their life. The Premier League, with all its thrills and spills, provides spectators with an experience like no other.