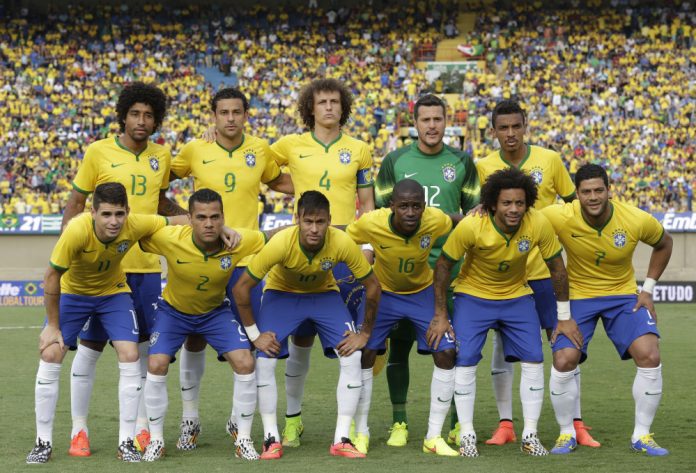 Gremio forward Luan has been called up to Brazil’s national team for their World Cup qualifiers against Ecuador and Colombia.

National coach Tite made five changes to the squad he used in the team’s qualifying victories over Uruguay and Paraguay in March.

Other new faces are goalkeeper Cassio, forward Luan, center-back Rodrigo Caio, forward Taison and striker Gabriel Jesus, who returns from an absence due to injury.

But there was no place for Juventus forward Douglas Costa, who was dropped, as were fringe players Weverton, Gil, Diego Souza and Diego.

The Selecao have won eight consecutive World Cup qualifiers and have already secured a place at football’s showpiece tournament in Russia next year.

Tite said there is still time for players to stake a claim for the June 14-July 15 tournament.

“There are six or seven players that we are watching closely and now we have a chance to test some of them,” Tite told a news conference in Rio de Janeiro.

Luan, who was part of the Brazil team that won the gold medal at last year’s Olympic Games, has been rewarded for a string of fine performances in Brazil’s Serie A championship and the Copa Libertadores.

The 24-year-old, who has been linked with a move to Spartak Moscow, has scored 14 goals and provided 11 assists in 28 matches across all competitions this year.

Meanwhile, Tite reaffirmed his belief that Brazil No. 10 Neymar will usurp Lionel Messi and Cristiano Ronaldo as the world’s best player.

Neymar, 25, became the world’s most expensive player earlier this month when he completed a 222 million-euro move to Paris Saint-Germain from Barcelona.

“There are three players fighting for that title [of the world’s best player]: Cristiano, Messi and Neymar,” Tite said. “Cristiano and Messi are from a different generation, and Neymar will get there. That will depend on his performances, not on whether he plays with Messi.”

Brazil currently lead the South American zone World Cup qualifying standings with 33 points from 14 games. They will host Ecuador on August 31 in Porto Alegre followed by a clash against Colombia in Barranquilla five days later.

Following is the roster of the Brazilian team: