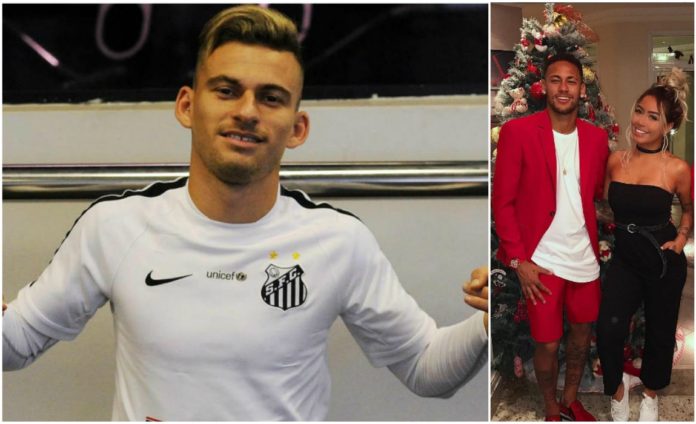 READ MORE: DERBY DARLINGS: Who Wins In The Showdown Of The Manchester Wags?

The fueling rumours were highlighted after the pair’s social media pictures from Disney World came out.

Lima and Rafaella were not alone in the holiday trip to America as they were surrounded by a group of friends in recent photos. Though they have not yet indicated that they are in a relationship.

Lucas Lima has scored 4 times and assisted 9 during his 31 games for Brazilian club Santos. Neymar is also a Santos product from where he earned a high profile move to Blaugrana.

It is believed that Lima is partly owned by Doyen Sports investment group which also have links with Neymar, Xavi and Adnan Januzaj.