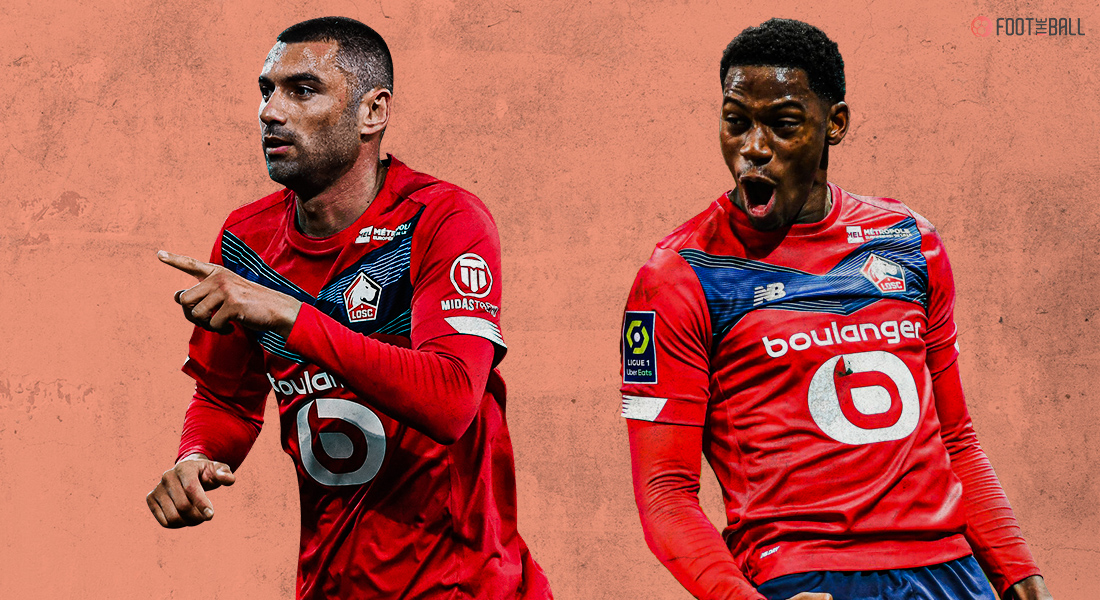 Lille came from behind to beat the home side at the Parc Olympique Lyonnais in a five-goal thriller. A match that saw 25 efforts on target seemed to favour Lyon in the first half, but the visitors dug deep and keep knocking at the door until it opened. The victory takes the Les Dogues to the top of the League, a point ahead of the champions Paris Saint-Germain. Riddled with defensive errors, both teams capitalized on the chances they got.

The game looked set for a home victory, but their plans were ruined when Lille hit three goals with the help of their versatile strikers to clinch all three points.

The match took off with both teams looking to go-ahead from the get-go. Lyon looked set to challenge the title when they opened the scoring early on in the match. Islam Slimani came close to finding the net when his right footed shot from the middle of the box found its way over the goal in the 16th minute. However, just minutes later he found himself once again in the middle of the box, only this time fizzing the top right corner with a placed first-time shot. A clever ball to the byline found Maxence Caqueret who cut the ball back into Slimani’s path. A neat finish from the striker.

Lille found themselves in an even irksome situation when Jose Fonte put the ball into his own net while trying to defend a freekick. Maignan, the Keeper, made his way in an attempt to catch the ball mid-air, only to clatter into his own defender. Although Slimani tried to claim the goal, replays clearly showed that it was the defender, Fonte, that had the last touch.

THE VETERAN AND THE PRODIGY

Jonathan David was the biggest threat for Lille in the first half. The forward looked to force his way through to goal getting a shot in the 32nd minute with three Lyon defenders trying to stop him. Brilliant control but a weak finish, Lopes in goal didn’t even have to move.

Rudi Garcia was probably ready to praise his player for a good first half, but little did he know a wonder strike from Burak Yilmaz was on its way. Lille won a freekick on the brisk of half time and the 35-year-old showed experience when he made the run-up for the freekick. A brilliant right-footer that flew straight into the top left corner of the goal. Calm as cucumber, no chance for the keeper.

Lyon started the second half with the intention of extending their one-goal advantage. They had a fair share of chances but failed to find the net. Lille soon found their footing and started threatening the goal once more. The Two strikers upfront once again proved to be the threat. Lyons defence was careless when they attempted a back pass which was latched on by Yilmaz who took a couple of touches and put it on a plate for the young number nine. Jonathan David simply had to guide the ball past the outstretching keeper, which he did with ease. Minute 60: Lyon 2, Lille 2.

Burak Yilmaz is sure to make the headlines in Lille as he grabbed the second of the night after dashing with the ball for a couple of yards to chip the ball past the keeper to a gaping net. A well-deserved late goal on the 85th minute to clinch the top spot in the Ligue. An inspiring performance from the Turkish international.

The former French international has done a brilliant job at Lille this season. His team has only lost once in their last 16 Ligue 1 games. The manager has really earned praise for how he has set up this team this campaign. He was animated at the touchline and clearly demanded more from his team. His half time talk sure seemed to work as Lille came on firing on all cylinders.

Lille will next face Nice in the Ligue 1, and the manager clearly know that his side cannot relax. A slender one-point lead is not going to be enough if they are truly committed to seeing this campaign through. Will Lille be able to keep the momentum going. Mauricio Pochettino and the rest of his billion-dollar squad will be biting their nails.