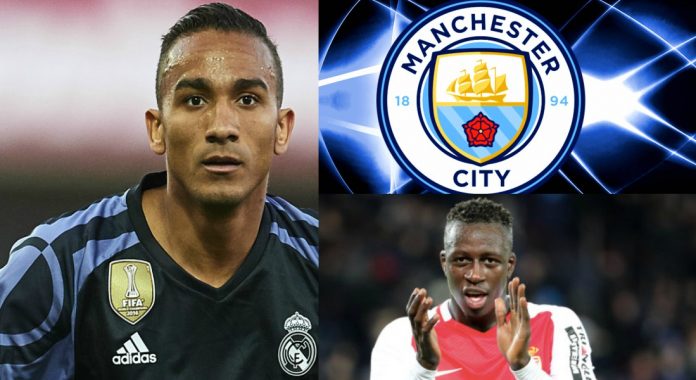 Premier League giants Manchester City are on the verge of completing a double deal for Monaco star Benjamin Mendy and Real Madrid outcast Danilo – which will take Guardiola’s summer spending to £220million.

Man City bosses are confident of roping in Monaco left-back in a £54m deal, despite being threatened of FIFA action after being accused of illegally approaching his fellow team-mate Kylian Mbappe.

However, SkySports claimed that Monaco’s complaints relate to moves from Manchester City and Paris Saint-Germain.

Manchester City insisted that they have not breached the law and are confident that they can seal a deal for Mendy that would see him surpass Kyle Walker as the most expensive defender in the footballing world.

Pep Guardiola’s side will also complete the signing of Danilo for a £30m deal from Real Madrid this weekend after the defender rejected a move to Premier League champions Chelsea.

Sources have confirmed that Danilo, 27, has agreed personal terms with City and is on the verge of completing a move to City the in the next 48 hours.

The Brazilian full-back is currently in Los Angeles on a pre-season tour with Real Madrid but will leave the training camp to complete a medical at Etihad before signing a five-year deal with City.