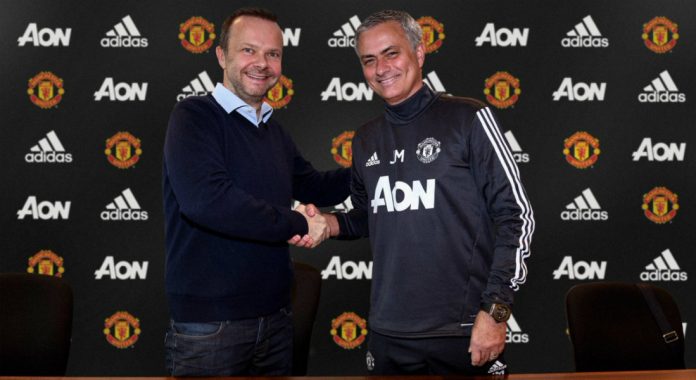 Jose Mourinho has signed an extension to his contract at Manchester United until at least 2020, with an option for a further year, the English Premier League club announced on Thursday.

Mourinho, 54, replaced Dutchman Louis van Gaal as the Red Devils’ boss in May 2016 and his previous deal expires at 2019.

United’s chief executive Ed Woodward said, “Jose has already achieved a great deal as Manchester United manager and I am delighted that he has agreed to extend his commitment until at least 2020.”

Mourinho said of the new deal, “I am really honoured and proud to be Manchester United manager. I would like to say a big thank you to the owners and to Mr Woodward for the recognition of my hard work and dedication. I am delighted they feel and trust that I am the right manager for this great club for the foreseeable future.

“We have set very high standards – winning three trophies in one season – but those are the standards I expect my teams to aim for. We are creating the conditions for a brilliant and successful future for Manchester United.

“My thanks, of course, go to my staff and to my players; without their empathy and friendship this wouldn’t be possible. I love my players and it is a pleasure to know that we are going to be together for at least the next three years.”