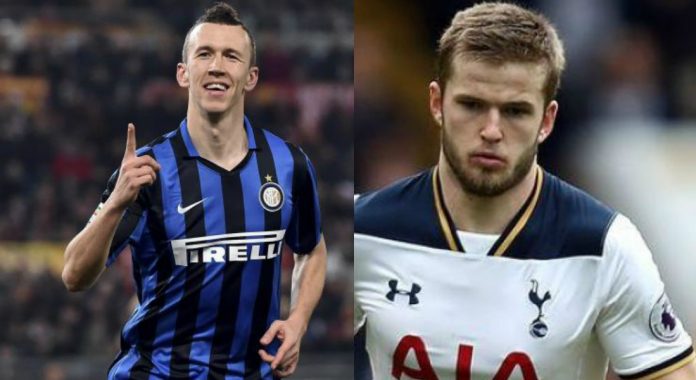 Manchester United are keen on sealing a £45million move for Inter Milan midfielder Ivan Perisic by next week, according to reports.

The Croatian midfielder has been heavily linked with a move Manchester United this summer.

Man Utd boss Jose Mourinho is desperate to bolster his squad in a bid to challenge for the title and wants to make Perisic his third signing of the summer, after successfully landing Benfica defender Victor Lindelof and Everton striker Romelu Lukaku at Old Trafford.

FootTheBall sources reveal that Inter are holding out for a transfer fee of £50m for Perisic but Manchester United are confident that their take-it-or-leave-it final offer of £45m for the Croatian man will convince the Serie A club to sell their midfielder.

Perisic, who has joined the Inter squad for their pre-season training campaign in Northern Italy, wants the Serie A club to finalise his move to Man Utd as soon as possible.

Sources also reveal that Man Utd executive vice-chairman Ed Woodward has not joined the squad on their pre-season tour in the US, and instead has stayed back in the UK in order to complete a deal for Perisic and also to seal a £50m move for Tottenham Hotspur midfielder Eric Dier.

Dier has supported Man Utd from his boyhood days and admitted in an interview that Roy Keane, Nemanja Vidic and Rio Ferdinand were his heroes.

He said: “I was a big fan of Roy Keane when I was younger, and then it was Nemanja Vidic (one of the reasons I like the number 15 is Vidic) and his defensive partner Rio Ferdinand.”

However, it is believed that Spurs chief Levy is not willing to sell Dier to a Premier League club.

Spurs are struggling in the on-going summer transfer window and have failed to sign any player so far and it seems that they would not be ready to lose any of their star players.

But Man Utd are hoping to land the English midfielder after he told his close friends that he is excited about the possibility of working for Mourinho.

Inter boss Luciano Spalletti has insisted that he wants to tie down Perisic.

But the Serie A club want the cash from his sale to bring in new players and Man Utd believe that a deal can be finalised.

Perisic is set to fly to China with the Inter squad to play in the International Champions Cup.

And Man Utd are aiming to rope him in before he leaves.