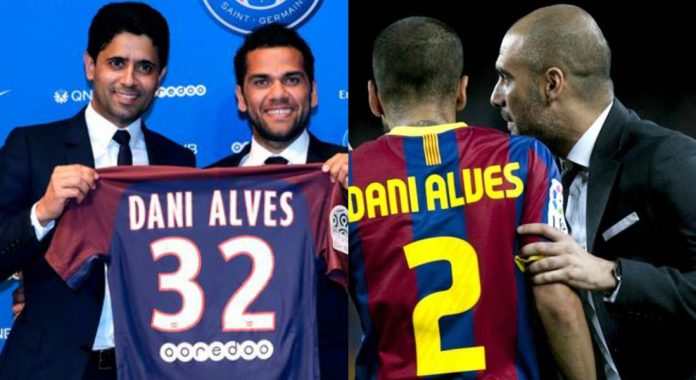 Former Barcelona superstar Dani Alves accentuated that he snubbed Manchester City and Pep Guardiola because he believes that he can achieve greater glories with Paris St Germain.

Antonio Conte’s Chelsea had also shown interest in signing the player, but Pep Guardiola was in pole position to rope in his former player.

Alves has achieved great success during his incredible stint at Barcelona under former manager Pep Guardiola.

But now the Brazilian superstar turned down a chance of a reunion with his former boss to join the Ligue 1 giants PSG.