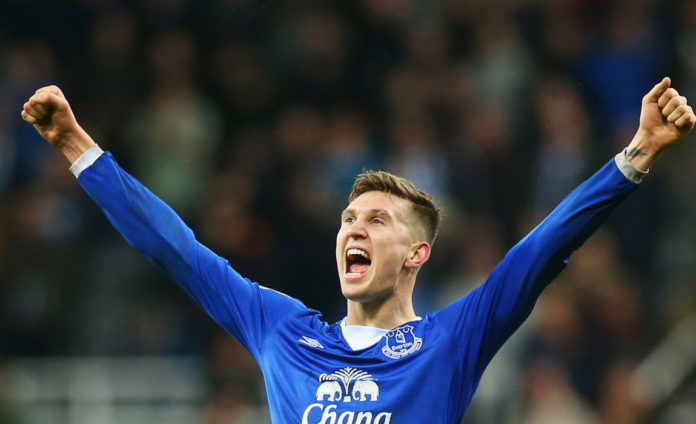 Manchester City have officially announced the signing of Everton centre-back John stones for a transfer fee in the region of £47.5m, which can rise up to £50m due to further add-ons.

The English defender has penned a six-year contract which will keep him at Etihad until 2022. The 22-year-old star defender will don the number 24 shirt in the upcoming season.

The confirmation of the deal comes right after UEFA listed the English centre-back in Guardiola’s Champions League squad.

Manchester City’s Champions League squad in UEFA’s website mentioned the name of John Stones along with the other defenders for the play-off against Steaua Bucharest next week.

However, the deal has been now confirmed by the former Everton player. Speaking to the club’s official website, Stones said:

“I’m absolutely delighted to sign for City and now the deal’s done I’m looking forward to the next stage in my career.

“I’ve obviously seen what’s going on here at the Etihad, it’s an ambitious club with a great manager so I can’t wait to get stuck in and help achieve the goals.

“I know it will be tough getting a place in this team but I’m determined to become the best player I can be and help us to success. I had a wonderful time with Everton and wish them and their fans all the best but now I’ll give my all for City.”

The Director of Football, Txiki Begiristain, said: “John is an excellent young English defender and we are all really pleased he is joining us. We have worked hard to bring him to City and we feel we are signing one of the best central defenders in Europe.”

Manager Pep Guardiola added: “We want to help John show his quality with us and improve on what he has already achieved. I like the way he plays the game and I’m looking forward to welcoming him into the squad.”