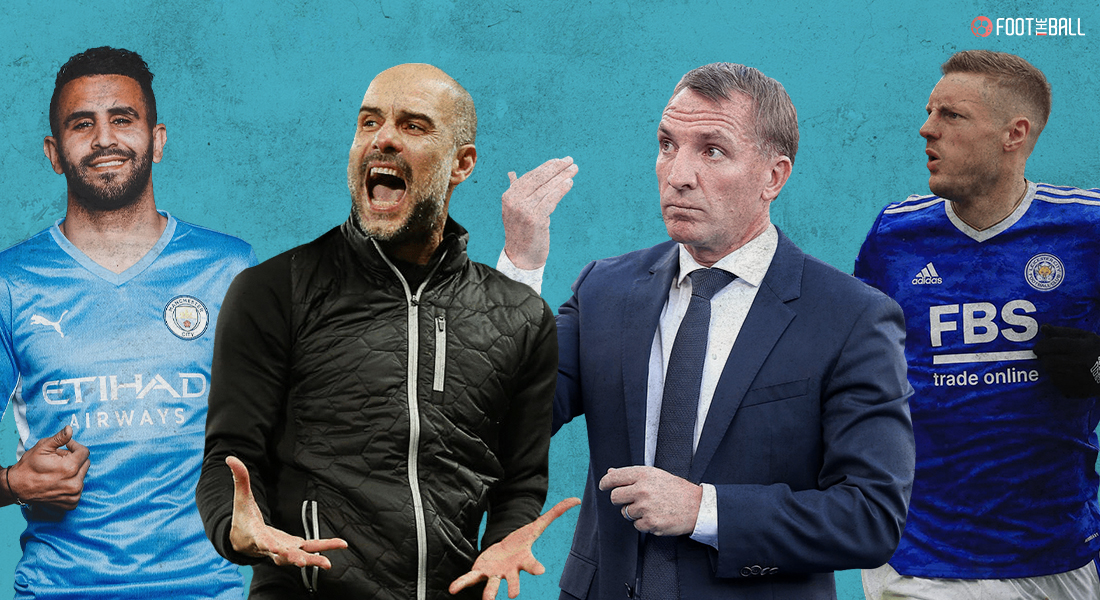 Boxing Day is one of the most important times of a season and this fixture is central to the plot for each side.

Manchester City seem to hold the upper hand in every department. They will come off the back of a week’s rest, and sit three points clear at the summit. Having been aided by their rivals dropping points in recent times, Pep Guardiola will know this is the perfect time to pull ahead.

Indeed, they have not lost since the last game of October and have scored 11 goals in their past two games. The return of Gabriel Jesus alongside the hot scoring streak of Raheem Sterling has eased pressure as some others struggle. Joao Cancelo seems to underline his credentials as the best fullback in the league every week which will only help matters against their opponents.

Leicester City, meanwhile, have not had the best of times recently. Having been knocked out of the Europa League, they also had two consecutive league fixtures postponed due to COVID outbreaks.

Brendan Rodgers would have expected some respite in the Carabao Cup against Liverpool, with the latter fielding many teenagers. Despite taking a two-goal lead twice in the match, the Foxes conspired to let in an injury-time leveler before getting eliminated on penalties.

The welcome return to form of James Maddison is the biggest cause of hope for Rodgers, but the defence remains vulnerable at best. Still missing notable pieces, it will be some Herculean task if Leicester manage to avoid defeat.

Kyle Walker missed the victory over Newcastle United, and will be evaluated again tomorrow to see whether he starts. Jack Grealish and Phil Foden were left out due to disciplinary reasons and can expect to be back on the bench at least.

Pep: Walker has not been fit that’s why he didn’t play. We have discussed a lot about five substitutions. I don’t know what will happen during this afternoon because I will have a training session.
I see the headlines each day, the pandemic is here. #ManCity pic.twitter.com/R01yFRBp1L

Ricardo Pereira had to be substituted before halftime against Liverpool, and looks set to miss out on Sunday too. Caglar Soyuncu suffered a similar fate but his injury looked less serious and he should start.

Three goals in his last four Premier League games for Raheem Sterling means that he can continue being a starter for City. Having been public with his frustrations regarding his game time last season, there were rumours of him on the verge of being sold in the summer. However, with Ferran Torres now the one to leave, it leaves no doubt that Sterling will finish the season at Etihad.

Raheem Sterling’s last 5 direct goal involvements for Man City have changed the course of the game:

Will he be the difference today? 👀 pic.twitter.com/feR1kklwKd

Sterling provides Guardiola with a very reliable option, who can terrorize opposition fullbacks. Ricardo’s injury will be a further boost as Sterling will comfortably beat Marc Albrighton in a footrace. Moreover, he is also a predatory threat near the posts and has gotten a lot of goals there.

Transformed into a true poacher. pic.twitter.com/MSlXjhLQCU

James Maddison has been picking up form towards the end of the year, with three goals and three assists in the last four league games. He also had one of each midweek and is slowly showing the level to which he can perform weekly.

Combined G/A from England's attacking options in all comps this season:

With Youri Tielemans having to play in more deeper role due to injuries, it is up to Maddison to be the orchestrator in attacks and feed the strikers too. It will not be easy against City, but the fact that Maddison’s pace and creativity can see him produce something out of nothing is good news. He will always have willing runners alongside him which should give him more confidence.

This one should be as straightforward as they come, with one team in supreme form while the other blighted by absences, poor results and inconsistency. FootTheBall predicts a 3-0 win for the Cityzens.