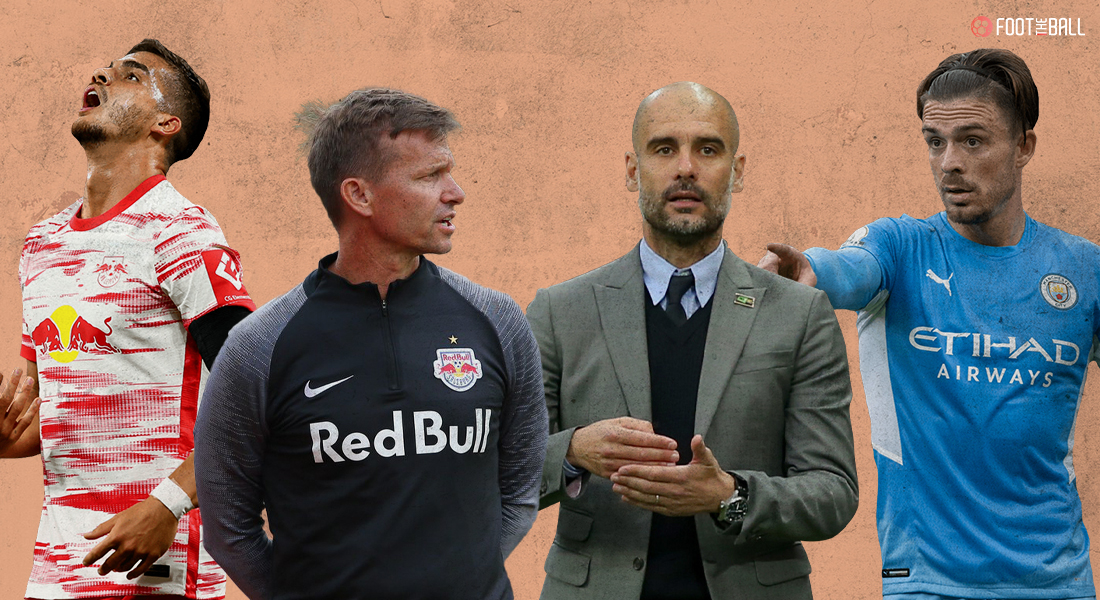 The UEFA Champions League is back underway and Wednesday night sees two of the three famed clubs from Group A going at it.

Last season’s runners-up Manchester City have overcome their early-season wobble to win three on the trot. Having scored 11 goals and conceded none during that period, Pep Guardiola’s side are getting back to their groove.

.@PepTeam has urged his City squad to build on the winning template we have established over the past three games as the focus switches to the #UCL 💪

Despite not buying a striker, they have enough firepower to beat any team on any given night. They will know the importance of a good start this time, especially with PSG also in the mix to qualify.

It has been a rough initiation for Leipzig under new coach Jesse Marsch. They have won one and lost three, including a 4-1 shellacking to Bayern Munich last time. The loss of key personnel has further dented their title hopes as they currently languish in 12th.

"Conceding a penalty like that after ten minutes is tough to take, I apologise to the team for that.

In the end, we lacked a bit of clarity and breakthrough power to score. The 4-1 score is a bit of an excessive reflection on the game"

Though they have made some strong purchases over the summer, it does seem like that this season will be a lot different from the previous ones. A tough test awaits in England with Marsch knowing he has to turn the ship around quickly.

Kevin de Bruyne and Phil Foden are still working their way back to full fitness which may see them start on the bench again.

There are no fresh injury concerns for the German club with Marcel Halstenberg continuing his work back to full fitness.

Not the result we wanted last night, but what a goal by Konni 👏

Ferran Torres’ positional switch this season, from the right flank to the central attacker/false 9 has paid rich dividends. He has already scored twice and assisted once, while constantly being one of the most dangerous players on the pitch. He has a passing accuracy of 81.1% along with 5.76 touches in the opponent’s penalty area (both P90).

Furthermore, he has also been involved in 5 shot-creating actions and two goal-creating actions already, all of which does not bode well for Leipzig. Torres will look to use his electric pace and trickery to run at defenders as well as dropping deep to make space in behind. Though he does not win a lot of headers, if he can isolate the centre-backs or get his shots away quickly, the chances of scoring are high.

10 – Ferran Torres has scored 10 goals in just 20 games for Spain 🇪🇸 in all competitions, the fewest appearances of any Spanish player to reach 10+ goals since Paco Alcácer in 2014 (12 goals in 19 games in total). Jewel. pic.twitter.com/lhxClCyIyw

There have not been too many bright spots for Die Roten Bullen so far, with their attackers struggling to breakthrough. Nevertheless, Christopher Nkunku has been trying to change the tone a lot. Though he has not scored or assisted yet, his involvement in the final third has been regular.

He has received 9.10 progressive passes and taken part in 5.56 shot-creating actions P90 on average, both of which put him in the top 10 percentile amongst players of his position across Europe.

Player profile for one of the Bundesliga's best creative midfielders, and one of the world's most underrated players: Christopher Nkunku.#Nkunku #Leipzig #RBLeipzig #Bundesliga #PSG pic.twitter.com/OUHkF6hEx9

Furthermore, he has also seen action in four goal-creating actions, meaning there will be close attention to him. City’s midfield pushes high up the pitch regularly which means Nkunku can find space to play his distribution game. He has enough pace to run in behind his markers to either pass it on or take shots away.

City have both the recent form and the squad strength with them to head into the game as favourites. Leipzig will really have to do something special if they hope to stop the rot at the home of the English champions. FootTheBall predicts a 2-0 win for the Cityzens.