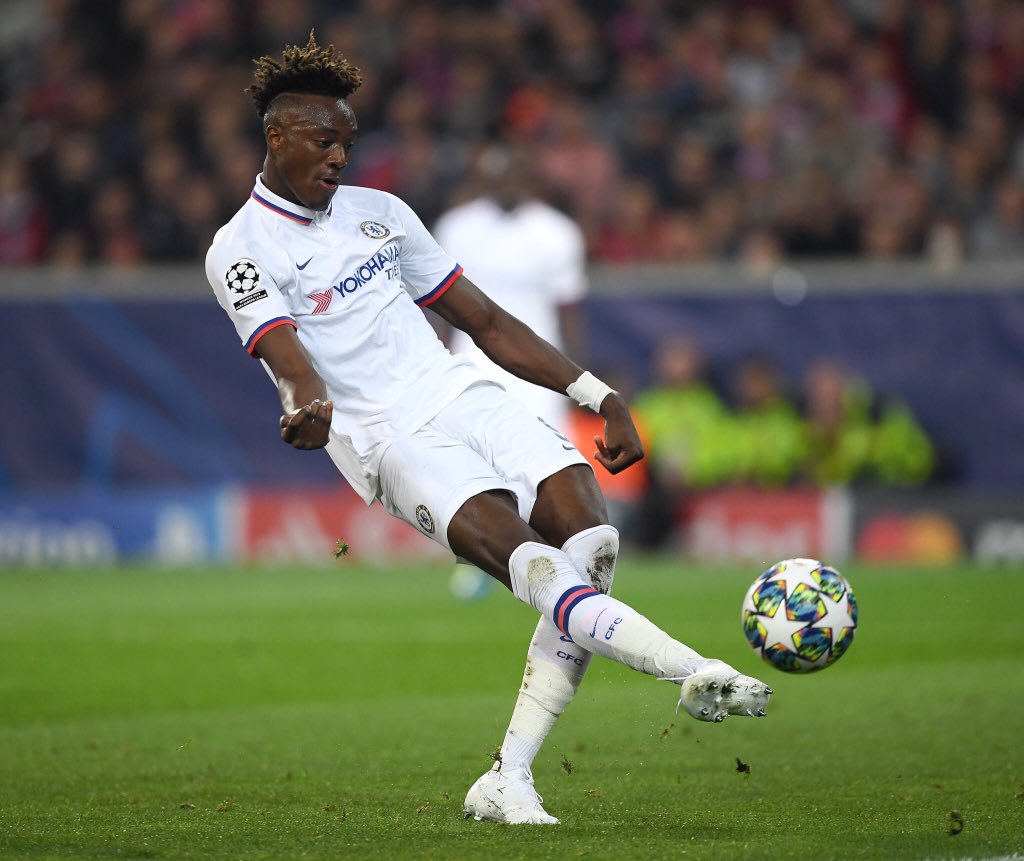 The Ivorian is considered to be Chelsea’s best-ever striker by many fans and if Abraham turns out to be half as good as he was, the Blues will have quite a player at their disposal.

Abraham has been on fire for Chelsea as of late and has scored eight goals in nine appearances, opening the scoring against the French outfit and helping his side to a 2-1 win in their midweek Champions League fixture.

The 22-year-old has been helped by the fact that the Blues are serving a transfer ban, but he’s beginning to show that he’s fully deserving of his starting spot up front.

“I saw elements in Tammy’s game that I haven’t seen as much as I would have liked to before,” Ferdinand said on BT Sport after the Blues recorded their first Champions League win under new boss Frank Lampard (h/t football.london).

“His hold-up play, coming to the ball, bringing others into play. There were some balls that came into him that were Didier Drogba-esque. I think he’s developing nicely, he’s scoring goals, he’s scoring different types of goals and I think he’s a threat. This touch here, when this ball comes to him, it’s a magnificent touch because it’s not the perfect ball. He adjusts his feet beautifully and the finish, the calmness to do it like that.”

Abraham, who turned 22 on Wednesday, couldn’t ask for a better birthday, having commemorated it with a great goal and getting compared to a man who must be one of his idols.

Chelsea’s win leaves them third in Group H after two games. They’re still in a great position despite losing their first match to Valencia but they will need to take some more pressure off by winning their next game.

William Hill is one of the most trusted bookmakers in the UK, and with the UCL presenting plenty of betting opportunities, they have the Blues at 40/1 to win the Champions League this season. They have Manchester City down as the favorites at 3/1 and Barcelona close behind at 11/2 while Liverpool is at 13/2.

Meanwhile, Skybet is offering 5/4 odds on an English team winning the tournament. The bookies also have 2/1 odds going on a Spanish team coming out on top and 11/2 odds on the winner being from Italy.

Lampard’s men are 2/1 to top Group H with Ladbrokes but Ajax is favored on that front at 8/11. The Blues are thought to be a lock for the round of 16 and Betfair has 8/13 odds on their chances of qualifying.

While Ferdinand was impressed with Abraham’s performance, he could not say the same about Chelsea’s defense, which has been widely criticized over their dealing with set-pieces. The Stamford Bridge side has conceded seven goals from same so far this season, including Lille’s solitary goal on Wednesday. However, FikayoTomori received plaudits from the United legend after putting in a near-unblemished performance.

“Everything he did today defensively I thought he was perfect,” Ferdinand said of the 21-year-old. “His tenacity, his anticipation, his willingness to step out and make quick decisions to intercept.

“He notices the danger, he’s running past people to get back to make an effort for his team. That’s what you want to see from young players.”