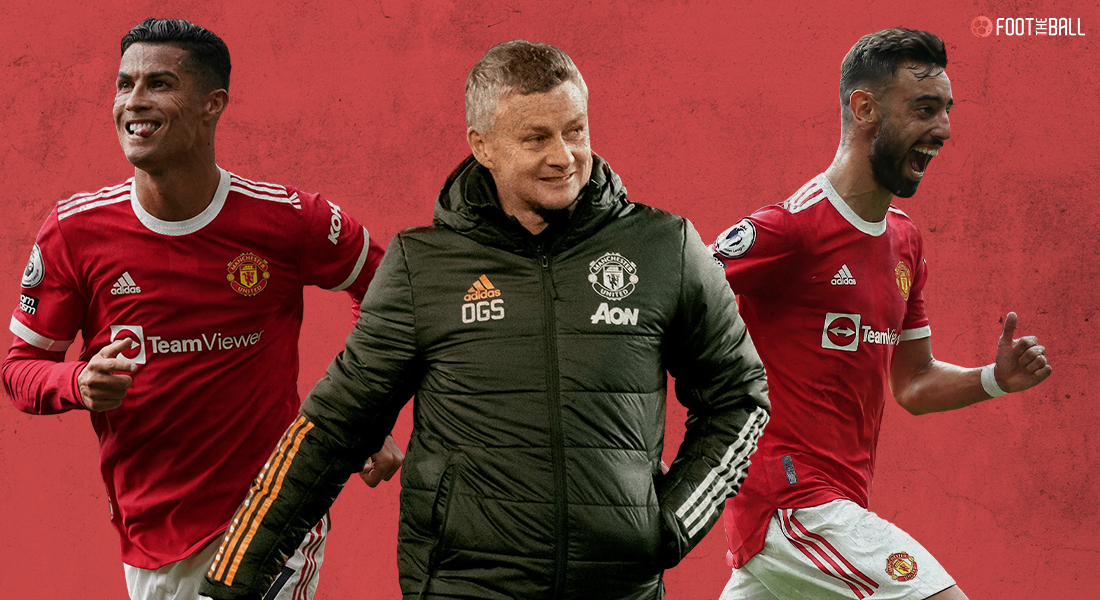 12 years, and a few thousand social media posts later, Cristiano Ronaldo was back and with him came a scintillating Man United performance as Ole Gunnar Solkjaer’s men swept aside Newcastle United 4-1 at Old Trafford. Ronaldo opened the scoring before Javi Manquillo’s equaliser for Steve Bruce’s side.

The Portuguese striker restored United’s lead, grabbing a brace before Bruno Fernandes and Jesse Lingard scored delightful goals late on to add gloss to the scoreline. United dominated from the off and got the opener right at the end of the first half after Mason Greenwood’s shot was palmed into Ronaldo’s path for a simple tap-in.

However, the Toons threatened to play spoilsport with Manquillo drilling the ball past David de Gea after great work from Miguel Almiron and Allen Saint-Maximin. It was only to be a brief spell though, as United came back stronger, as they have made a habit of doing, and comfortably saw the game out.

Here are FootTheBall’s key talking points from the match –

The atmosphere at the Theatre of Dreams was electric before kick-off with fans eagerly craning their necks for a glimpse of the famed red number 7 shirt once more. Every touch by Ronaldo was met with loud cheers and when the Portuguese, with an air of inevitability, put the ball into the back of the net just before half time the whole stadium seemed to be shouting ‘SUIII’ along with Ronaldo in celebration.

📸 12 years and 124 days since we last saw Cristiano Ronaldo score in the #PL, this happens…#MUNNEW pic.twitter.com/ceuvUgBgpR

After a couple of drab performances before the international break, Manchester United fans were given a new lease of life by Ronaldo’s return. There were concerning signs still for the Red Devils on the field but at least the atmosphere around the club has become positive and filled with hope once more thanks to Ronaldo’s brace.

While the name on the scoresheet may be new, United’s strengths and weaknesses remain the same vis-a-vis last season. For Javi Manquillo’s goal Nemanja Matic and Paul Pogba were woefully out of position, which forced first Harry Maguire and then Raphael Varane to over-commit in their tackles. In the end, there were just not enough numbers in defence for United, as was the case multiple times against Wolves before the international break.

Wan-Bissaka in so much space because all their technical players are on the other side of the pitch again. This has been the most obvious tactical problem, they bought a solution, and Solskjaer has simply decided not to fix it.

On the plus side, Luke Shaw continued his exceptional form from last season and the summer, assisting Ronaldo for his second with a driving run and well-weighted pass. He continues to be United’s primary progressor of play which is concerning for the midfield but is a working formula for Solskjaer.

Speaking of working formulas, Bruno Fernandes continues to do what Bruno Fernandes does. Although it may not have been Ronaldo’s day in the sunlight, there is little doubt that Bruno is the most important player for Solskjaer. Even before his wonderful second half strike, he was getting on the ball often and looked the most likely route for a breakthrough. 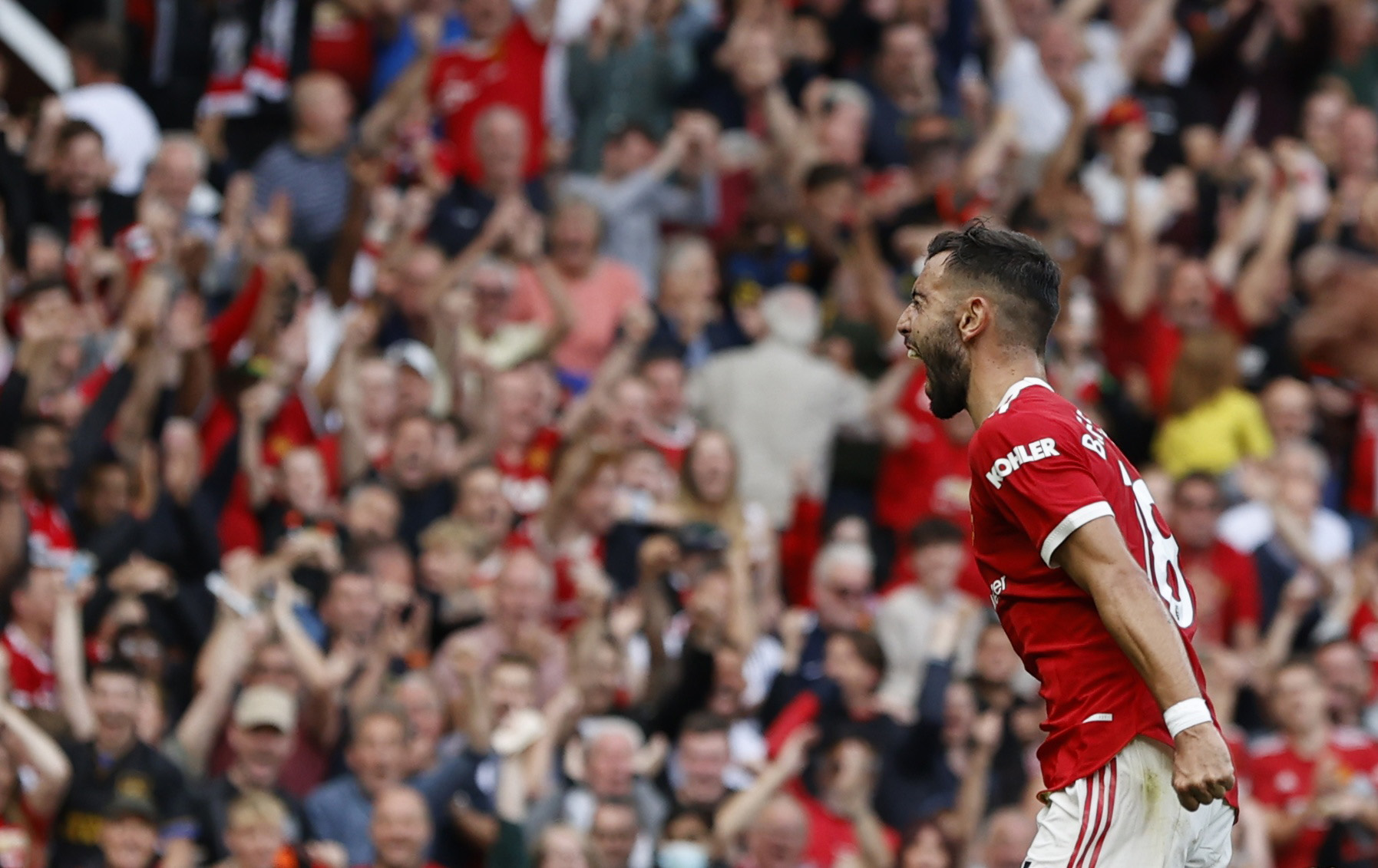 His desire to take risks and create chances has given him the exceptional returns over the last couple of seasons. As Jadon Sancho settles in and United try to implement a working structure, Bruno’s creativity will be key for United. Combined with Ronaldo’s ruthlessness in front of goal, can the Portuguese duo fire the Red Devils to the title?