Battle of the Reds! 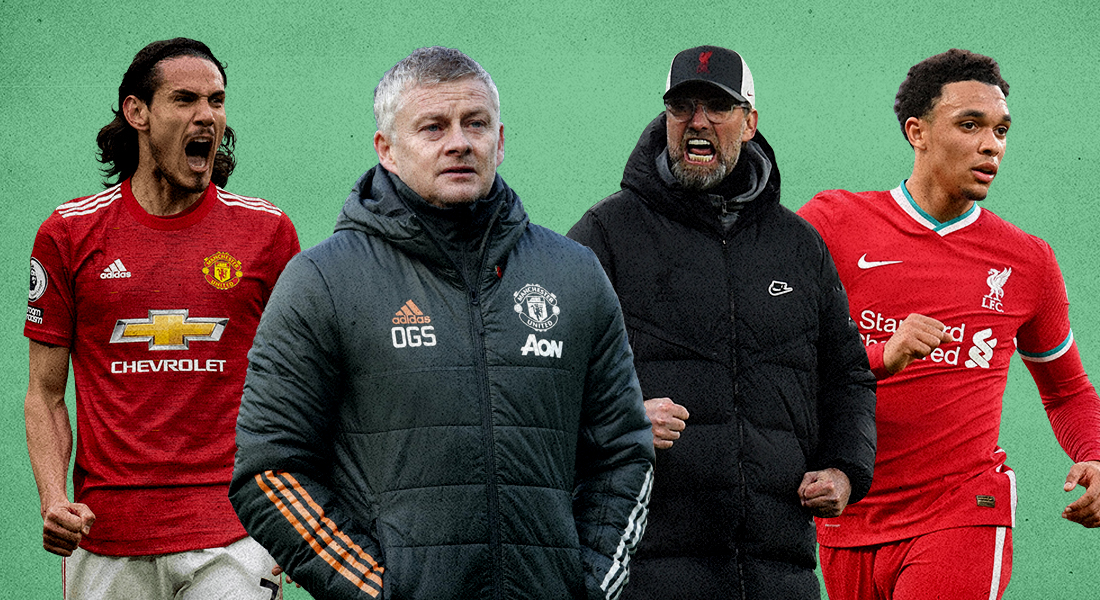 Manchester United host Liverpool on Sunday, 2nd May, where the visitors would be hoping to earn three points that will keep their faint hopes of securing a top-four finish alive.

It has been almost three months since the top-of-the-table showdown between Liverpool and Manchester United at Anfield, but a lot has changed since then.

Not many would have predicted what’s the predicament of Liverpool but with the Premier League tips provided by Sportytrader, one could have easily seen this coming if they sifted through all the analysis and statistics.

The reigning champions have flattered to deceive for the majority of the campaign. A weekend draw at Anfield to a struggling Newcastle, summed up for what has been a well below average season for the Reds.

Manchester United have won five Premier League matches in a row to move to within 11 points of Manchester City at the top of the table, with a game in hand.

On the other hand, Liverpool have won just one match from 5 games in all competitions.  That run of form has gotten the Red half of the Merseyside worried, whether their club, who won the Champions League over 2 years ago, will even be able to qualify for Europe’s premier competition.

Next up, @ManUtd away ✊ pic.twitter.com/463RkOJKxH

United and Liverpool served up a timid affair at Anfield the last time these two met in the league, drawing 0-0 with just four and three shots on target, respectively, throughout the 90 minutes.

Ole Gunnar Solskjaer’s men will undoubtedly be the more confident of the two sides, with just one defeat since the end of January across all competitions, which came against Leicester City in the FA Cup.

Manchester United will still have to play a midweek Europa League Semi-final match at home to Roma before facing their fiercest rivals at Old Trafford, while Liverpool will have ample time to recover and rest ahead of the crunch showdown.

Not much can be said in regards to the Manchester United team news and selection, with a midweek match against Roma still to be played.

Although, Solskjaer must have a fully fit and available team barring any injury crisis in the span of a week, with the only exception of Anthony Martial who would be out with a knee injury against Liverpool.

Liverpool in contrast to their rivals have been handicapped in terms of injuries, with several key players still out with long-term issues.

Van Dijk, Matip, Gomez, Henderson and Origi are some of the few names that would surely not be playing a role in the match at Old Trafford.

Edinson Cavani and Mason Greenwood have been the standout performers off late for the Red Devils in the last few matches. The attacking duo have come up with crucial goals at crucial times which has helped United maintain their momentum ahead of the business end of the season.

Expect both the attackers to once again come up with the goods at Anfield on Sunday.

On any other given day, Liverpool’s famed front three of Salah, Mane and Firmino would have been picked as obvious game changers and influencers for their team. But such is the poor form of the trio that goals have dried up for the Reds at a very wrong time.

Trent-Alexander Arnold has somewhat been coming back to his best after being dropped out of the England national team and he would be crucial to breaking down a resolute United defence.

The last time these two met in the league, it was quite a dull affair to say the least; whilst it also was a top of the table encounter.

Fast forward to almost 3 months, and both these teams find themselves in very different positions. Manchester United have fully capitalized on their rivals dropping points left and right, meanwhile Liverpool are nowhere near to the team they were last season.

With United’s UCL spot all but confirmed, the Reds have an added incentive to play for at The Theatre of Dreams, with Champions League qualification on line. FootTheBall says Manchester United 1-2 Liverpool.