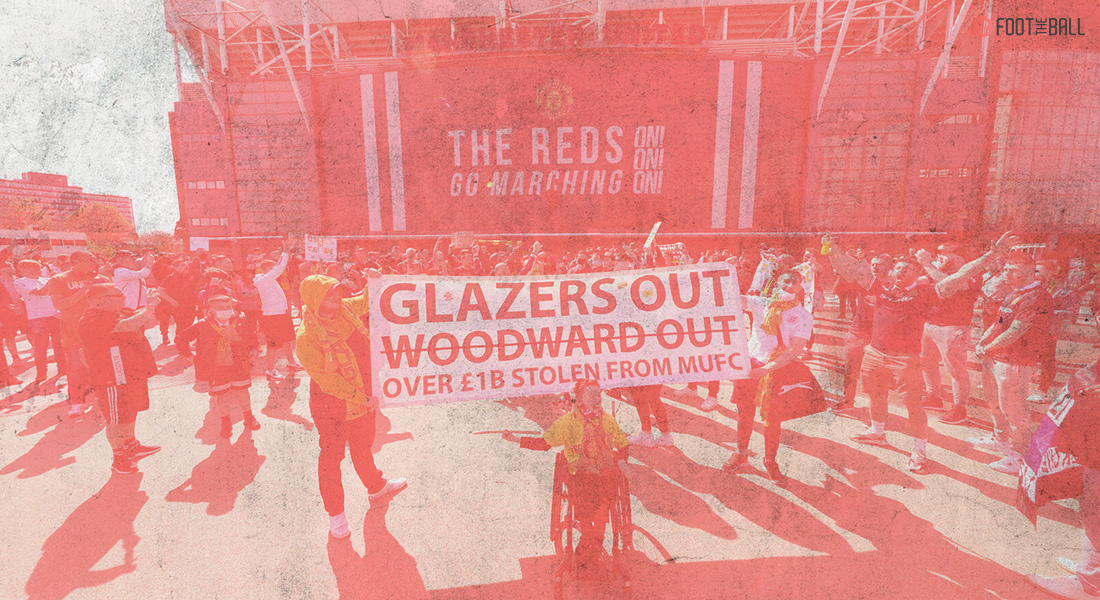 A crowd of Manchester United supporters assembled outside Old Trafford Stadium on Saturday to protest the Glazer family’s decision to involve the club in a breakaway Super League.

The Manchester clubs were part of the twelve founding clubs of the European Super League. Six clubs from the Premier League had decided to break away and form the league that was backed by American investment firm JPMorgan Chase.

The protests from the supporters of the six premier league clubs soon pushed to negate the decisions that the owners took. All six premier league clubs withdrew from the proposed league. However, the protests did not end there. The sentiment behind the protest lies in the involvement of the club’s decision to partake in the breakaway without considering the opinion of the fans.

A big group of fans have gathered in the middle now where it’s getting quite lively. Beer bottles are being thrown through the crowd pic.twitter.com/bfsMMshcOr

Manchester United co-chairman Joel Glazer was last week announced as a vice-chairman of the new Super League project. Joel Glazer issued an apology to the fans admitting that it was a mistake to join the league. However, this was not enough to curb the unrest created.

Fans carried banners saying ‘Glazers Out’ and ‘51% MUFC’, while some climbed the United Trinity statue depicting George Best, Denis Law and Sir Bobby Charlton and wrapped a ‘Glazers Out’ scarf around it. Others let off yellow and green coloured smoke bombs reminiscent of the protests against the family since they took over n 2005.

Many protests have been staged against the owners since they acquired the club in 2005. The recent turn of events added more spice to envy. This is the second of the two protests that were staged by the fans this week alone.

A small group of supporters broke into the club on Thursday and demanded dialogue with the owners. United Manager Ole Gunner Solskjær and some of the players intervened and handled the situation. They listened to the grievances of the fans who let their discontent for the owners known.

The club said: “At approximately 9 am this morning a group gained access to the club training ground. The manager and others spoke to them. Buildings were secure and the group has now left the site.”

Statement from a group of Manchester United fans about a protest to demand 50+1. pic.twitter.com/S03a8RCXs8

Fans of the other clubs also staged similar protests against their clubs’ owners. Liverpool fans also asked their American owners to sell their bid of the club. A similar situation is also brewing in Manchester. The fans have asked their owners to loosen the financial grip they have on the club.

The club supporters are demanding a 50+1 ownership of the club. This will make sure that the supporters of the club will have a voice in the decisions that the club will take. The protest also extended beyond the club hierarchy. Supporters’ groups also held talks with Prime Minister Boris Johnson which led the government to issue a fan-led review into football governance. An important step to the overall sustainability of the beautiful game.