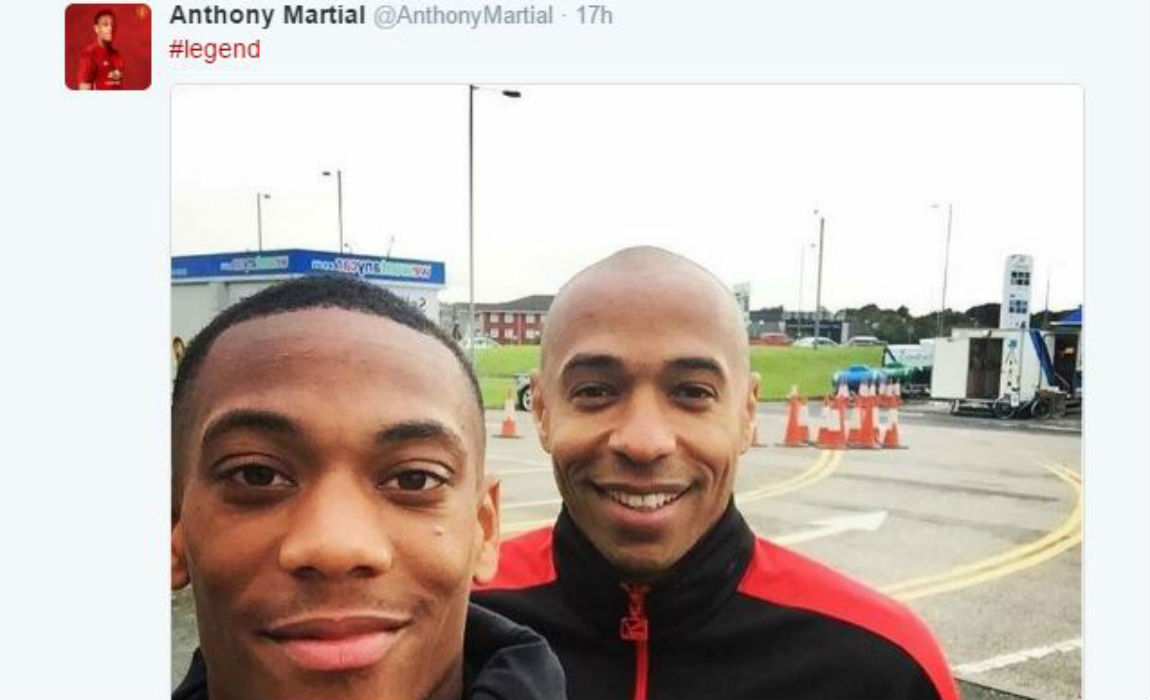 Manchester United is not just one of the top clubs on the field but also on social media.

The Red Devils are a top banter team on twitter and it was evident when France international Anthony Martial posted a picture with French and Arsenal legend Thierry Henry, captioned #legend. 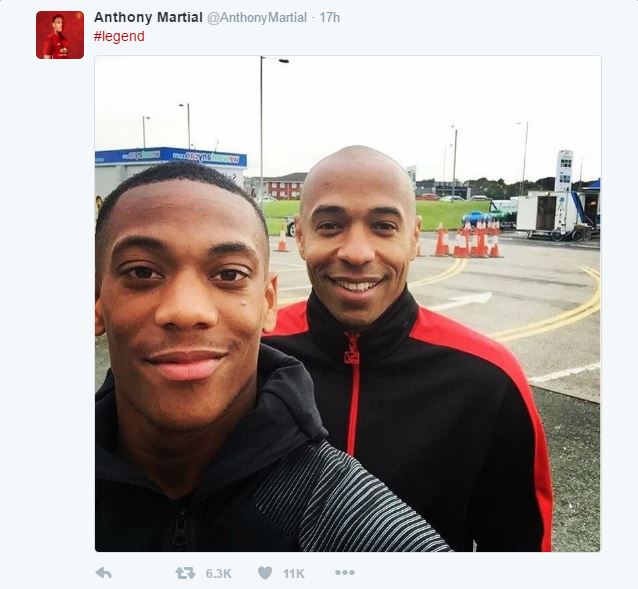 United’s twitter handle replied suggesting that Martial instead of Thierry Henry is the legend in the pic.

What followed next was some amused Manchester United fans and some very (very, very, very) angry Arsenal fans. 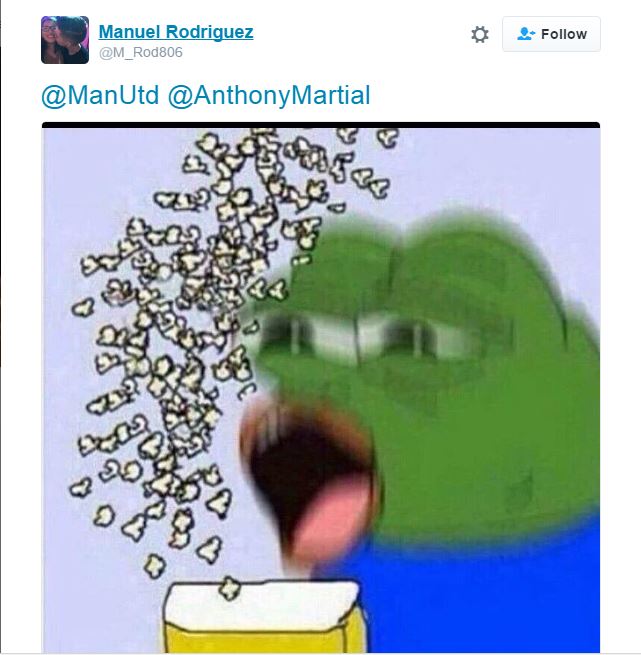 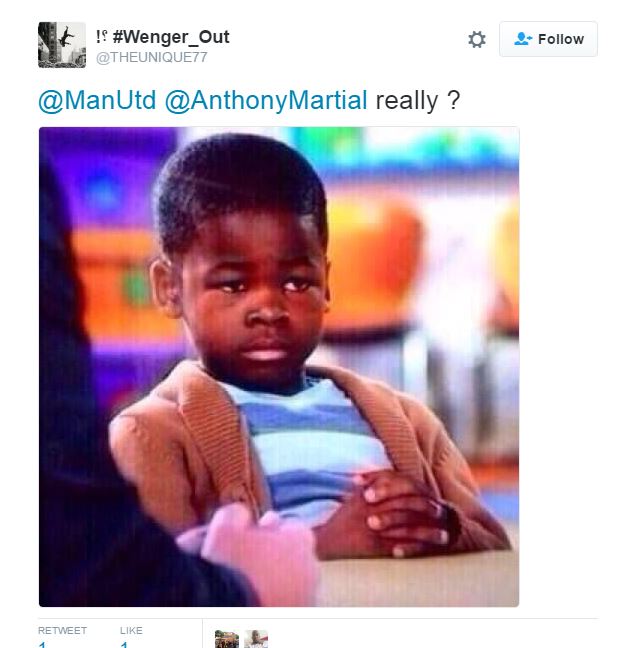 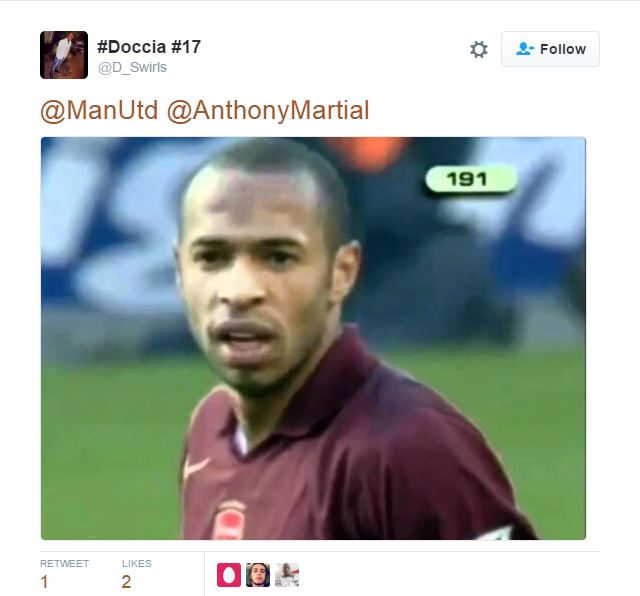 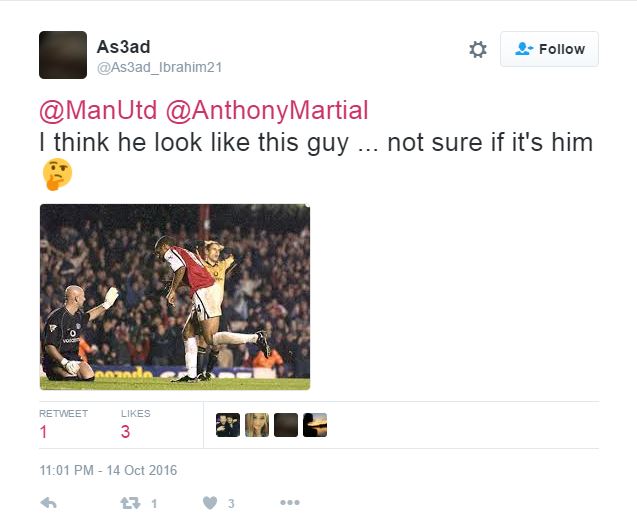 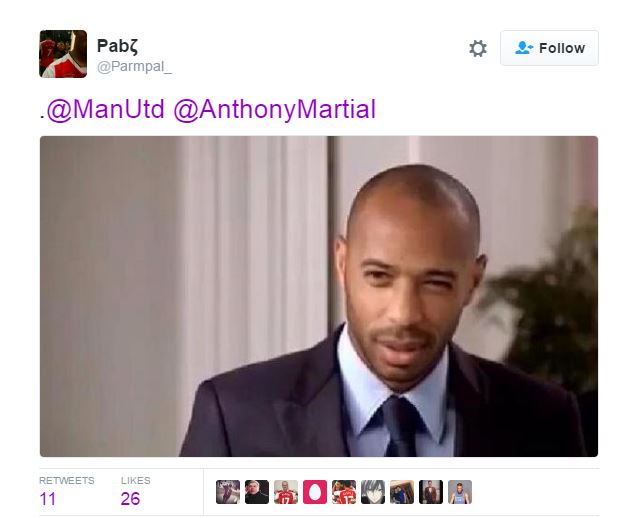 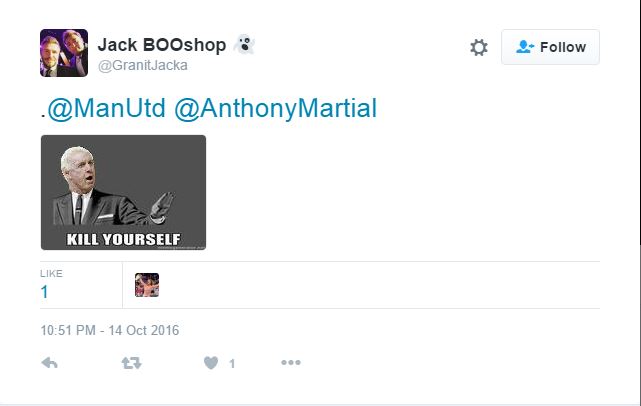 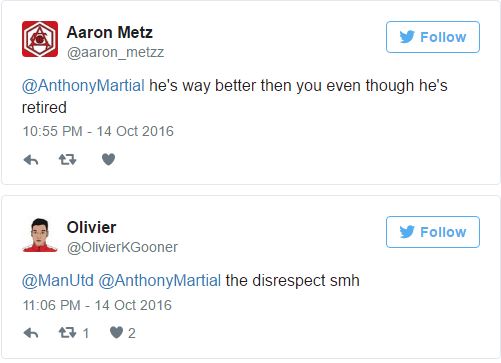 @ManUtd @AnthonyMartial that guy has scored 7 goals against you including this beauty… pic.twitter.com/WC9nTRoS33