FODEN THE ‘MAN’ FOR CITY! 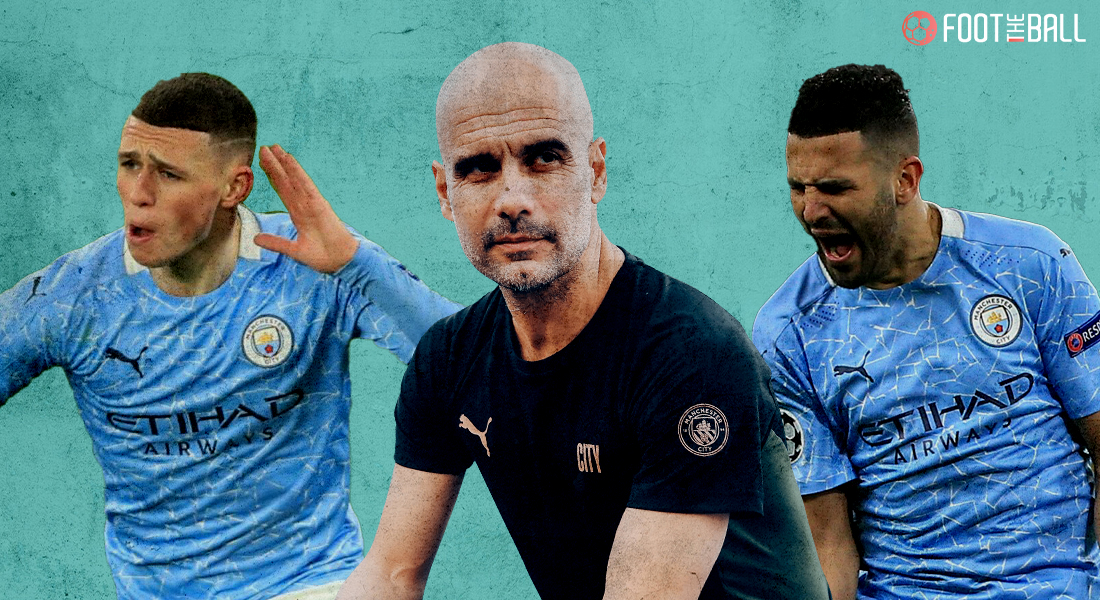 Jude Bellingham scored the opening goal in the 15th minute to put Dortmund up by a goal and through on away goals. But a Manchester City collective got one back through a Mahrez penalty in the 55th minute and Foden put the game to bed with a sublime strike in the 75th minute to beat Marvin Hitz at his near post.

Manchester City knocked Dortmund out of the Champions League beating them with an aggregate score of 4-2.

Let’s take a look at the four main takeaways from the game:

The young Englishman who scored his first Bundesliga goal on the weekend got his first Champions League goal in this game. Bellingham was everywhere from the get go! He was pressing Manchester City players relentlessly. He even slotted his goal with a lot of finesse.

After Manchester City’s onslaught began at the Dortmund goal he even put in a goal saving tackle to deny Mahrez in the first half. The 17 year old boy from Birmingham is defying his age as he looked like an outstanding complete midfielder, who can seemingly do anything.

He has to make the England squad for Euro 2020. We don’t think there’s another player like Bellingham in Gareth Southgate’s setup.

“EMRE WHAT ARE YOU DOING MATE?!”

After Bellingham’s goal Manchester City were slightly off put. They were being able to build play with ease but could not find a goal. Dortmund went into half-time with a one goal lead. But Can who was responsible for the penalty in the reverse fixture managed to give away a silly one again in the 55th minute.

Emre Can was seemingly caught in two minds as he headed the ball onto his arm. After the VAR check, the referee pointed to the spot. Mahrez put it away emphatically. Can’s mistake allowed Manchester City back in the game and left his Dortmund side chasing again.

MAHREZ FROM THE SPOT!

Emre Can's handball leads to the penalty. Can tried to sell the "it hit my head" excuse but his hand was so clearly in an unnatural position he wasn't getting that one. pic.twitter.com/eU3xESB0F6

What a silly move by Emre Can again, his poor decisions cost Dortmund the tie.

Both teams pressed each other really high up pitch to force errors, early in the game. Despite looking uncomfortable in possession Dortmund were managing to elude Manchester City’s press.

Slowly Can, Bellingham and Dahoud got into the groove. A long ball from Can deceived Stones and was received by Haaland who played in Dahoud. His shot deflected into Bellingham’s path who calmly slotted the ball high in the net in the 15th minute.

Picking up the pace! 💪

Manchester City went into overdrive from the kick-off as De Bruyne rattled the cross bar, and they kept trying to pile the pressure on Dortmund. It seemed like Pep’s Manchester City despite creating multiple chances were going to get knocked out again. The atmosphere was nervy to say the least. They hit the post again as chaos was starting to ensue but was managed well by Referees, who calmed the players down .

The headlines of tomorrow’s newspapers must have been echoing in Guardiola’s ears as he led his team into the tunnel. The Catalan apparently gave a brilliant ‘Pep’ talk to calm his players down and focus as things changed drastically in the second half.

They looked calm and composed in the second half. They stifled Dortmund’s attack and were in cruise control after Mahrez put away the penalty. Manchester City’s Composure was embodied by Foden’s strike which was a peach! The boy wonder ran to embrace his manager after the goal. Guardiola and Foden certainly share a special bond.

They did not put a foot wrong after going 1-0 down and managed the game beautifully to see them through to the semis. They will face an even sterner test in the semis as a Mbappe led PSG team will be standing in their way.

Phil Foden proved to be the winner in this game too. His strike was an authoritative one to put his boyhood club into the semis. Foden was superb in both games. His talent proved to be the difference for Manchester City against Dortmund. Much like Bellingham surely Foden also makes the England squad for Euro 2020.

We must say Phil Foden has been bossing the Champions League this season specially in the knock-out rounds, something City have struggled with. Could the Boy Wonder be answer to all their prayers as they chase a historic quadruple.

We cannot wait for the semi-finals, the Champions League is drawing to a close for the season.