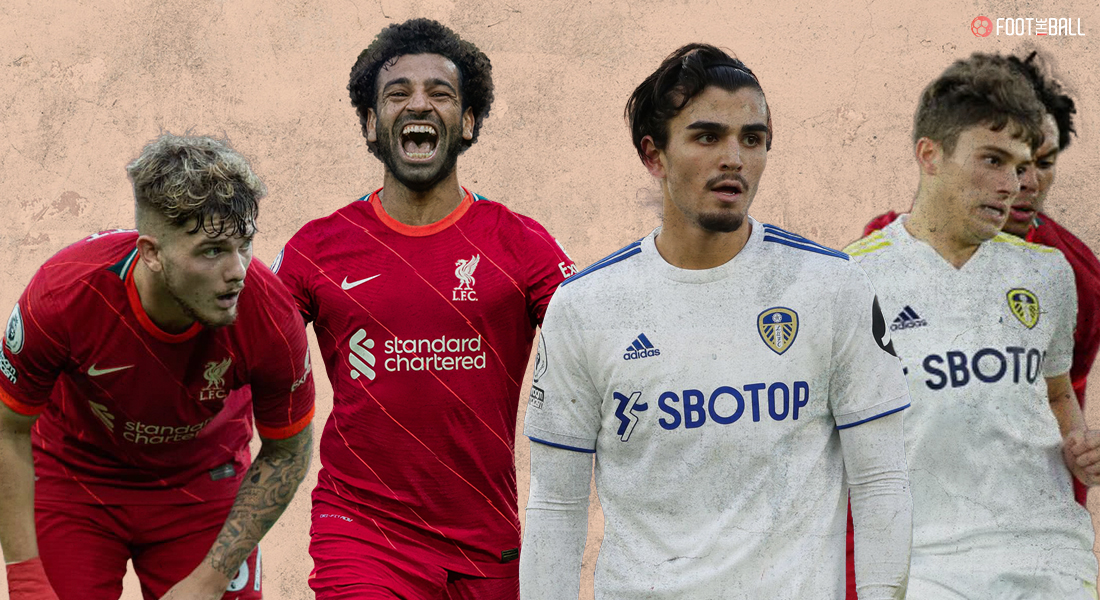 Liverpool won their away fixture 0-3 against a 10-man Leeds United as Salah scores the 100th Premier League goal of his career. Liverpool are now 3rd in the league table whereas Leeds are pushed to 17th. Here’s how the game unfolded.

𝐅𝐮𝐥𝐥 𝐓𝐢𝐦𝐞: #LUFC fall to a 3-0 defeat to Liverpool at Elland Road pic.twitter.com/NF1OkIWQ7X

Leeds United are known to be strong at home but against powerhouses like Liverpool, their supporters are compelled to be on the edge of their seats the whole time.

Liverpool would have been in big trouble if Brazil FA had gotten their way and the Brazilians playing in the Premier League get suspended for a week or two. Allison Fabinho and Firmino are integral parts of Klopp’s system and their absence would have been horrendous for Liverpool.

Lucky for them Fifa ruled in favour of the Premier League and it clearly had an impact on the final scoreline. Leeds had a horrendous defeat against Manchester United and drew their next 2 games with Everton and Burnley respectively. Although their attacking prowess looks salvageable, defensively their performance has been below sub-par.

In the 19th minute of the game, Mohamed Salah scored the opening goal after finishing a quick cut in a pass by Alexander-Arnold from the right-wing. This is Salah’s 100th Premier League goal and he is only the 2nd African player to reach this feat behind Didier Drogba.

Liverpool’s quality on the ball was too overwhelming for Leeds United and they were just trying to keep the ball out of their goal for the majority of the first half. The home team did have their moments and their quick counter are still a thing Klopp needs to worry about at halftime.

With just 1 goal between the sides, it is too soon to rule Leeds United out since their explosive attacking ability has done wonders for them in the past.

Liverpool got the 2nd goal of the day after Trent Alexander Arnold found Fabinho in the box through a corner kick who poached the ball from what was a crowded Leeds penalty box. In the 60th minute, Liverpool’s Harvey Elliott went down injured after a horrific tackle by Struijk and had to leave the pitch on a stretcher.

Struijk got a red card and Klopp replaced Elliot with Henderson who plays as their holding midfielder. Liverpool lined up another goal in front of a 10-man Leeds team in the stoppage time of the game. Mane finished the ball in the bottom right corner courtesy of a cross by Henderson which was met by Thiago’s touch to the goal scorer.

LIVERPOOL’S MOVEMENT AROUND THE BOX

25′ – Almost two for the Reds! Salah sends in a cross from right which Thiago heads home, before the flag goes up against the Egyptian.

The fluidity in Liverpool’s game tonight made them unstoppable in front of goal. The movement of their players off the ball made sure they remain unmarked by the Leeds’ backline which gave them pockets of space to exploit.

The high paced passing around the box while they pressurize their opponents enable them to score a myriad of goals throughout the season. Their full-backs, Trent Alexander Arnold and Robertson are also used in the link-up play in the final third which gives them the extra width on the front foot.

LEEDS FAILED TO CONTROL THE NARRATIVE

Leeds United are known for being extremely aggressive upfront and not so strong defensively. This is because the way Bielsa sets out his team is quite questionable looking at the amount of fierce competition in the Premier League.

The midfield is the most important part of the pitch in terms of having control of the possession of the ball and dictating the flow of events. Bielsa only plays 1 player in the midfield position and 4 players are seen playing upfront.

his is good for counter-attacking football but there is no way a team can create ample scoring opportunities. Leeds had to make the most of the chances they got and they failed to do so tonight.

Daniel James made his move to Leeds on deadline day and he made his debut in front of the home fans tonight. We saw James play on the left flank but he didn’t do much tonight and it seemed like he was taking his time to settle in their game.

Since Leeds were a man-down, they couldn’t open up their game while attacking which in turn left Daniel James’s ability unleashed.