IT’S NOT OVER YET! 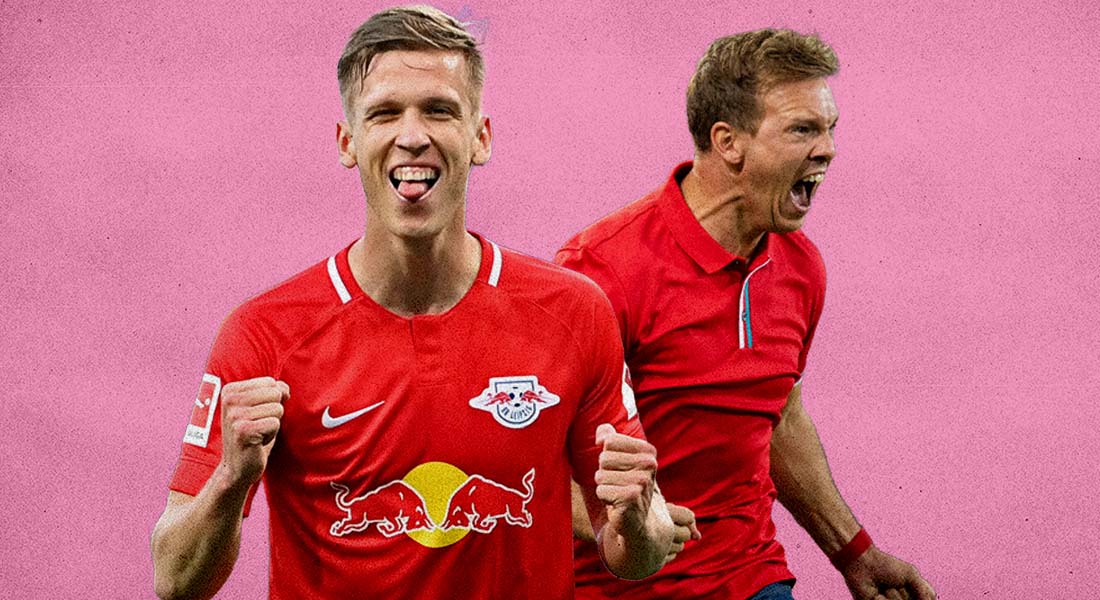 The game between Leipzig and Stuttgart was an enthralling watch from the get go as both teams looked to press each other relentlessly.

"Of course, it's hard to produce fireworks when the opponent is so deep. We scored a very nice goal to make it 1-0 with our first attack after the break, but it was a game where we could have scored four or five goals."

Stuttgart were a man down after the 14th minute in the game though, Naouirou Ahamada was sent off for a horrific tackle.

Despite dominating the 10-men Stuttgart side in the first half Leipzig still could not score but took control in the second half. Amadou Haidara scored the first as Dani Olmo put the midfielder in on goal in the 46th minute. Emil Fosberg came on 65th minute to win a penalty soon after and tucked it away with ease in the 67th minute to secure the win.

DANI OLMO HAS BEEN QUIETLY BRILLIANT THROUGHOUT THE SEASON

The young Spaniard has been a delight in the Bundesliga this season. He has 10 assists and 4 goals in the league this season. Olmo has stepped to the plate when required and delivered.

His ability to find space and create is exceptional. No wonder Barcelona were so desperate to bring the  La Masia graduate back to Camp Nou. His focused approach to the game and his capability to dictate play combined with his all-round attacking skill were on display in this match.

Gregor Kobel has become one of the most underrated keepers in the Bundesliga this season. His saves in the first half were superhuman.

Especially the double save from Angelino’s whipper and Olmo’s follow up were exceptional. No wonder the shot-stopper is being tipped as Roman Burki’s replacement in Dortmund next season. In fact we see a lot of this season’s stars leave Stuttgart for clubs fighting in Europe.

STUTTGART WERE MISSING THEIR STARS

It was clear to see that Stuttgart lacked an edge in the game. It was bound to happen too, as players like Silas Wamangituka ,Borna Sosa, Daniel Didavi and Nico Gonzalez. These players have made the difference for Die Schwaben this season in the Bundesliga.

Without his goal involvements, Stuttgart would only be two points clear of the relegation zone ⚠️ #VfBM05 pic.twitter.com/s8WeucB8gQ

Effectively they have been the difference makers for their club this season and Sasa Kalajdzic should be attributed to their successful campaign back in the German top-flight. Kalajdzic seemingly had too much to do on his own in this game. He seemed like the only threat that Stuttgart posed to that nigh impregnable Leipzig back line.

All in all it was a wonderful watch and we were so happy with the fact that the Bavarians party was delayed further. We hope Leipzig push Munich to the last day of the season, and maybe who knows they can steal  the title from right under Bayern’s nose?