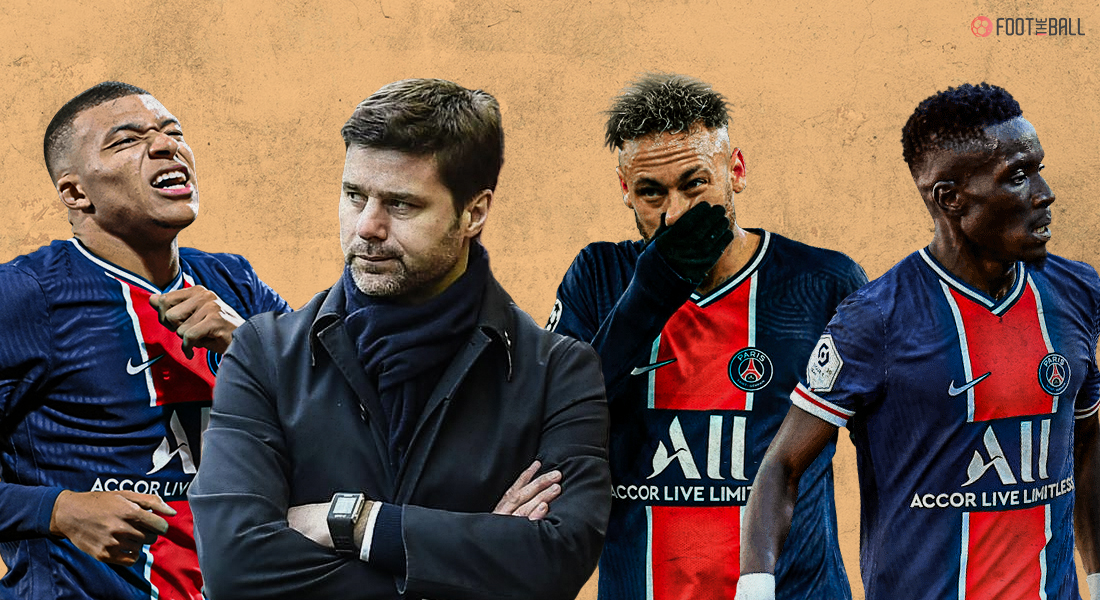 Mauricio Pochettino like every other manager at the French Capital was tasked with the objective to lead the side to European Glory. Over the years with the disparity in investment and quality, the league title has been a one-horse race. The Parisians have won seven of the last nine Ligue 1 titles, having come runner up in the 2016-17 season prior to this season where Lille pipped them to the title by one point.

You get the idea ever since the takeover, there has failed to be an equilibrium between the owner and manager. Signings have inclined more towards a marketing pedigree than the manager’s philosophy. Although big-name signings aren’t always a bad thing, they could prove to cause complications.

The bigger the personalities, the higher the wages, more complicated it is to keep the group tight. Over the years the inflated wages have warranted more indulgence. We’ve seen in the past managers like Unai Emery struggle with this. His successor Tomas Tuchel did learn from these shortcomings and put in place a tactical structure.  However, the German still fell short of winning the ultimate crown, the Champions League.

PSG’s model has been labelled as a fashion project. Iconic city, massive stars, celebrity guests, and instant success. The Qatari group have been seeking a persona that can manage the club on all fronts. In Mauricio Pocchetino they might just have that. However, how and when the course between the owner and manager meets is a story that Pocchetino will have to circumvent.

Reports have been emerging that Kylian Mbappe is to accept a new deal at PSG after the club tied down Neymar until 2025. Alongside Angel Di Maria, the trio are some of the most glamorous names in world football.

In the game against Manchester City, Pochettino’s PSG lacked substance, let alone a tactical philosophy. The Parisians failed to convert the big moments which cost them the first leg and eventually the tie. Kylian Mbappe was a silent passenger before being ruled out injured for the second leg, Neymar was brilliant but the onus was on him alone, Di Maria showed why he is one of the most under-appreciated playmakers in the world, but a moment of madness cost him a red card.

Pochettino will have to derive a working formula in order to incorporate and get the best out of the lesser-known but yet talented names of Idrissa Gueye, Leandro Parades, Moise Kean etc. The foundation on which he built Tottenham Hotspur where they played as a team and didn’t just rely on their superstars will be his greatest challenge in a team of inflated egos.

Tuchel was a fine coach in his own right and it was quite evident with his performances at PSG. Yet the German wasn’t really the greatest fit. Revealing it himself the current Chelsea boss said  “Am I still a manager or am I a politician in sport, a minister for sports?”

He failed to get along with sporting director Leonardo who he claimed had a large sway and influence over the other board members. However, the German did leave his successor a team that is tactically sound and versatile with their attack.

Tuchel’s and Pochettino’s appointments have been examples of the need to construct a team and implement a philosophy. Pochettino’s first assignment will be to get his star names on board his ship of development. Neymar’s contract extension is a major boost to the project.

Next season will be Pochettino’s first full season at PSG. With the luxury of understanding his squad better and analysing this season where they failed to win the league and were knocked out in the semifinal of the Champions League. Pochettino will have to use the pre-season to table his methods in a more profound manner compared to when he took over the club mid-season.

Pochettino has been great at helping teams dream bigger. At Southhampton and Tottenham, he took over teams that didn’t expect much. More so at Spurs where he delivered their highest points tally in the 2016-17 season and led them to the Champions League Final in 2019.

At PSG he need not convince the club to dream bigger as the objectives are but mandatory, however, he will have to sell the message to Neymar and Mbappe the importance of playing as a team. The semifinal loss to City was testament as Guardiola’s men orchestrated and synchronised as a unit while Pochettino’s reverted to their old ways of falling back on the Neymar-Mbappe show.

Delivering the Champions League at PSG will no doubt be Pochettino’s biggest ever challenge. Despite transforming Spurs he failed to lay a precedent of winning the league title or champions league. But his reputation of doing a better job wherever he has been will go a long way in instilling his own belief

At Southampton, he came in when Nigel Adkins left the club three points above the relegation zone while at Tottenham he was left to clear the mess of Andre Villas-Boas and Tim Sherwood after the highs brought by Gareth Bale. Irrespective of whether he was able to deliver trophy success at Tottenham the value and magnitude of progress that he achieved makes one believe that surely there lies a hint that he could be the answer to the PSG conundrum.

The former roommate of Maradona will have the answer to what Neymar, Kylian and the PSG bandwagon will need to thrive. The former teammate of Ronaldinho will understand the nuances of managing a superstar earning an annual fee of $30 million per year. The former manager of Tottenham will have the answer, how to blood a young Moise Kean into the frame.

It’s certain Lille’s triumph this season will be just a one-off, given their financial troubles. The PSG dominance in Ligue 1 will be restored next season However it will be indubitably Pochettino’s biggest task and he will have to pick his finest trick from the hat to achieve continental glory.