The five-year-old cute Afghan boy who went viral on social media after wearing a plastic bag with Messi written on its back has finally met his hero. 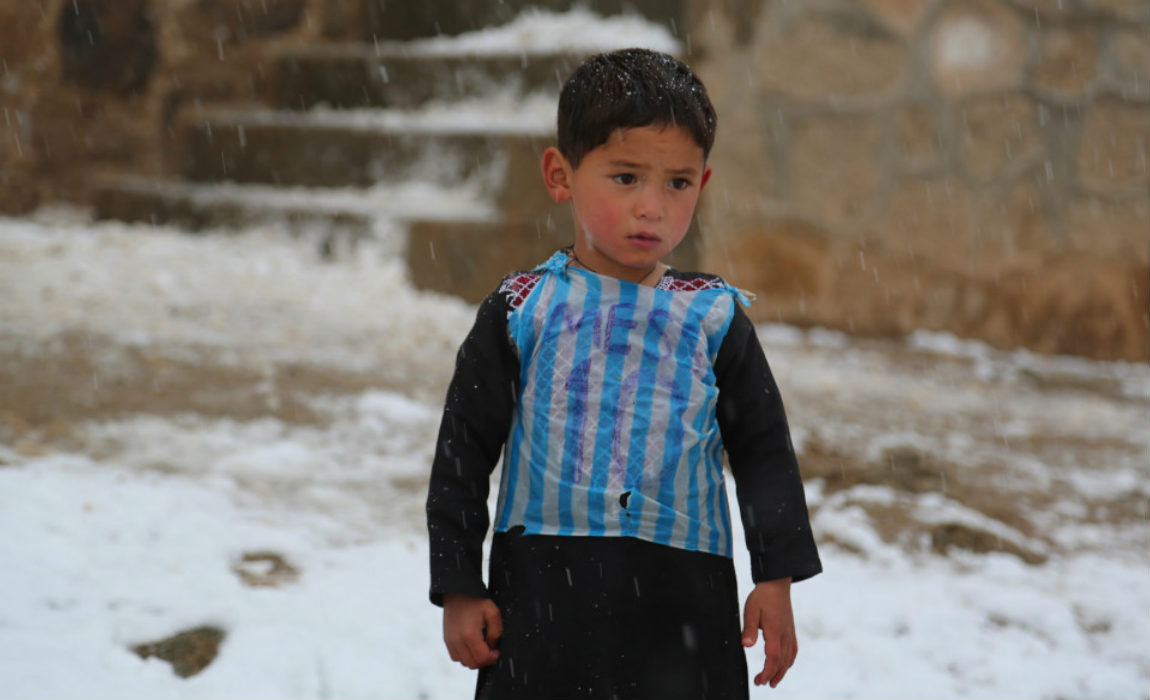 Earlier, at the beginning of this year Ahmadi won a million hearts across the globe after he was snapped standing on the snow with a football. He looked frozen but nothing could break his undaunted passion for the game as he wore a Argentina shirt made of plastic and with the name ‘Messi’ and the number 10 drawn on its back. 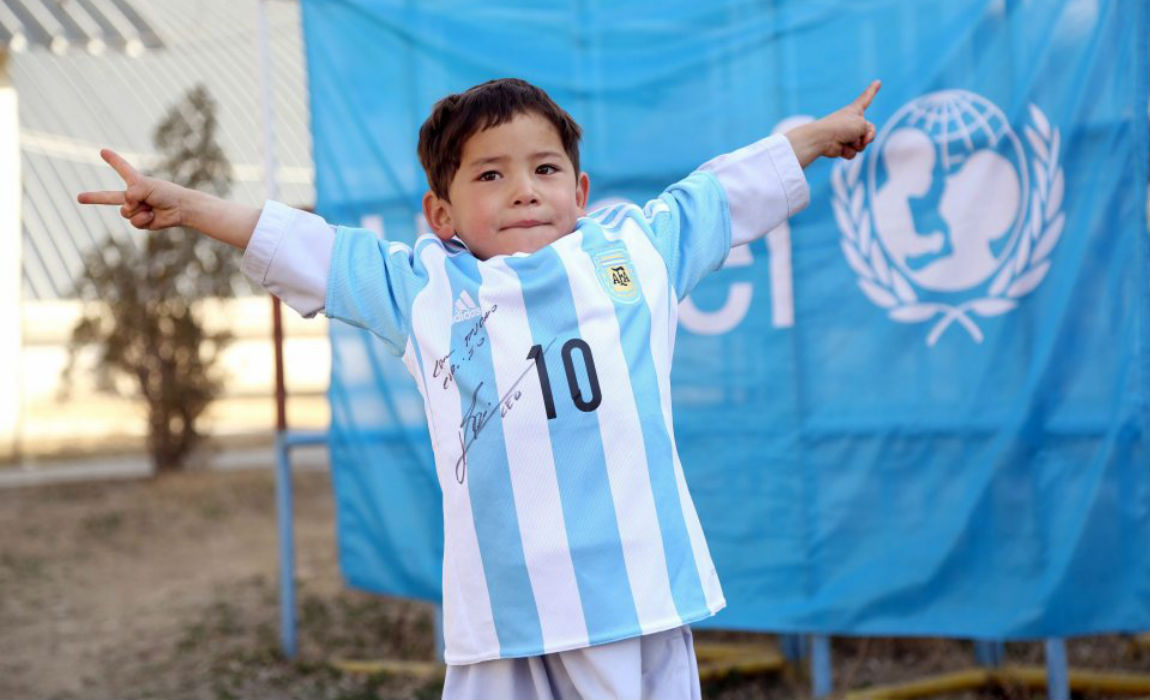 Barcelona superstar Lionel was touched after seeing the pictures and he sent a signed shirt to the young kid earlier this year. And now the man with a golden heart has taken a step further as met his biggest fan.

Barcelona are due to play a friendly against Al Ahli in Doha and the pair came face to face when Luis Enriqu’s side walking through a corridor. Young Ahmadi waved at Messi to catch his attention and the Barcelona legend posed for a picture with the youngster.

The young Afghan refugee was also allowed to walk onto the pitch with his idol.

Ahmadi joined the Barcelona players for a team photograph and placed the ball on the centre spot before kick-off. 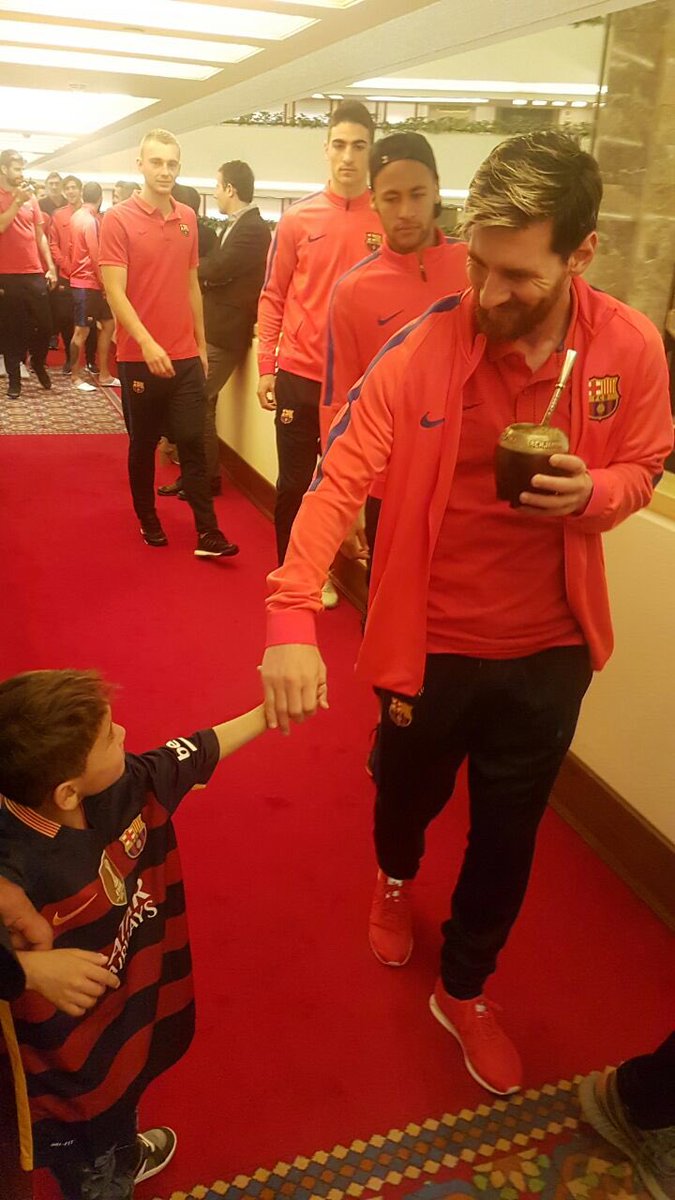 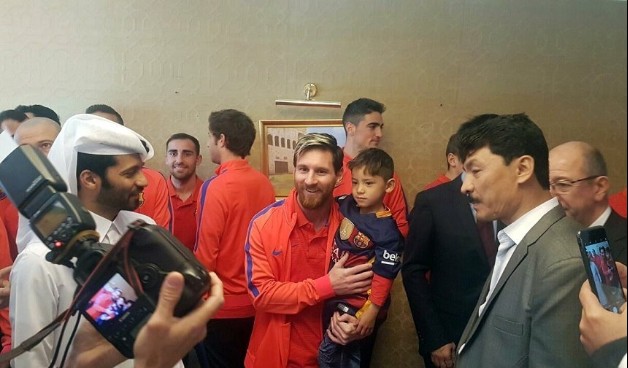