Mexico’s football referees decided to end a strike on Monday after the Mexican Football Federation (Femexfut) agreed to their demands. 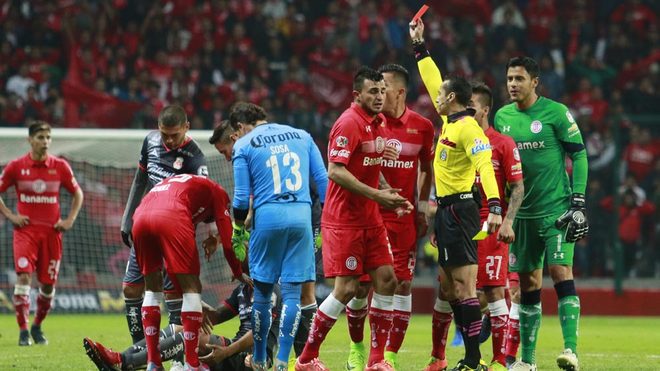 Members of the Mexican Association of Referees (AMA) shut down football over the weekend, but their aim was not to demand higher salaries or fewer games, but instead to secure stiffer penalties for players who get aggressive when they disagree with their calls.

Players Pablo Aguilar and Enrique Triverio had earlier been banned for a combined 18 games for body slamming and attacking refs during games last week.

After an emergency meeting late Sunday, Femexfut agreed to extend the players banishment from the field for a minimum of a year, in addition to applying a fine, local media reported.

“Referees score against Femexfut,” a headline blared in the daily newspaper El Universal.

ALSO READ: Sane Lucky To Escape Punishment After His Three-Fingered Salute To The Referee In Man City’s FA Cup Win

“It is a victory for the refs,” Edgardo Codesal, a former Femexfut official and referee, told the daily, adding “the federation ended up looking pretty bad” for initially siding with the players, then changing their minds.

The federation’s appeals committee is set to study the case before defining the exact penalties.⁠⁠⁠⁠