Red Devils boss Jose Mourinho was elated and initiated Manchester United’s celebrations as he danced with his son after clinching the Europa League trophy. 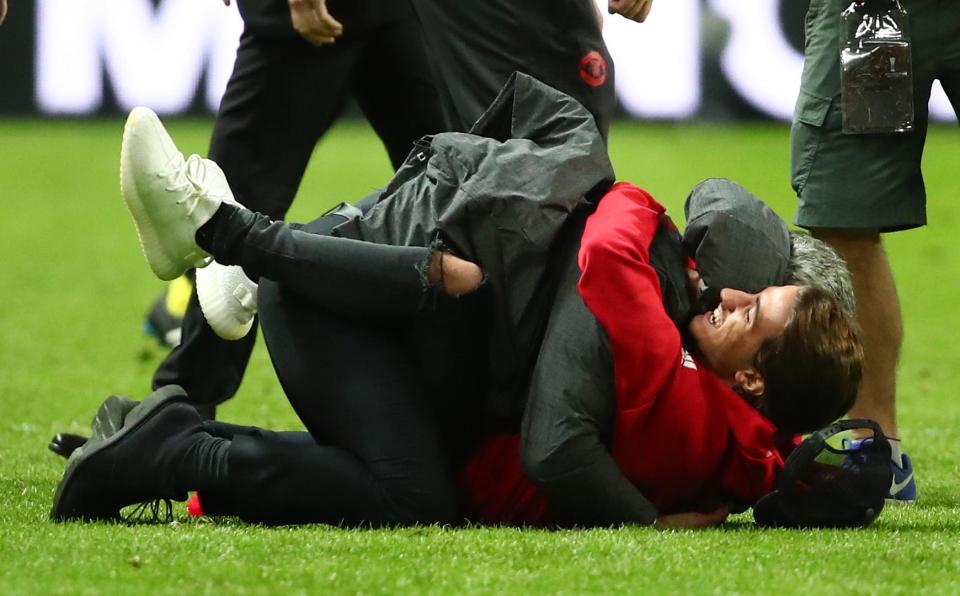 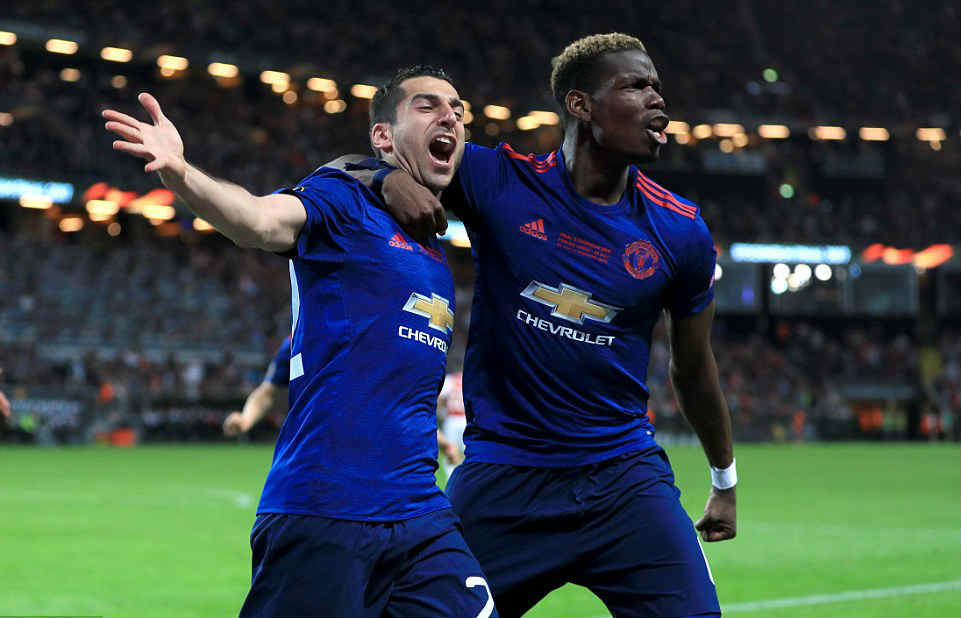 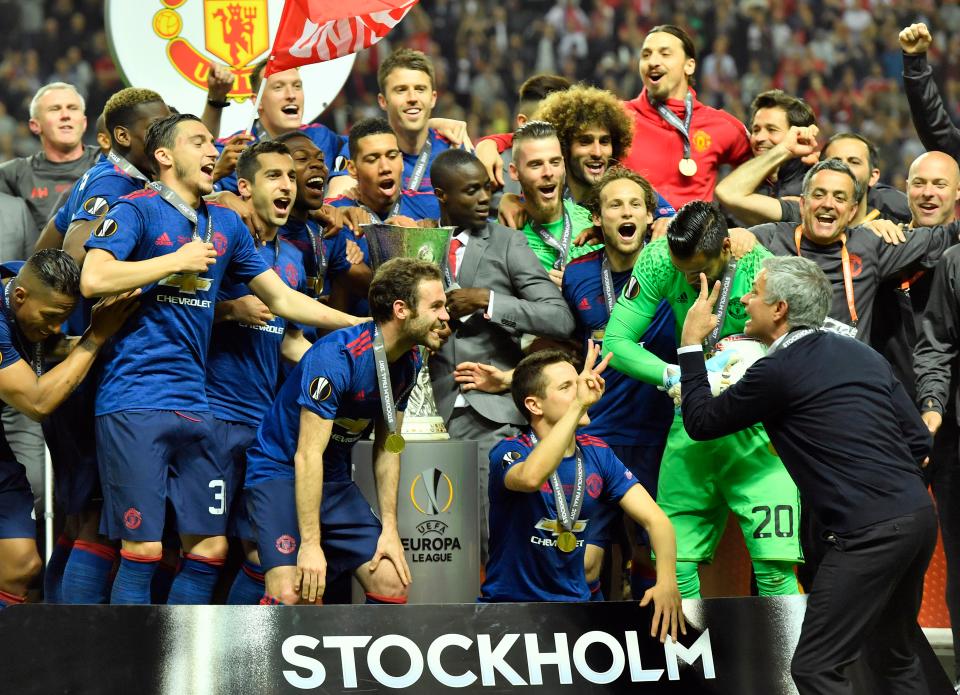 Mourinho silenced his critics after clinching the Europa League that helped Manchester United to qualify for the Champions League – and he made it more special as he danced with his son. 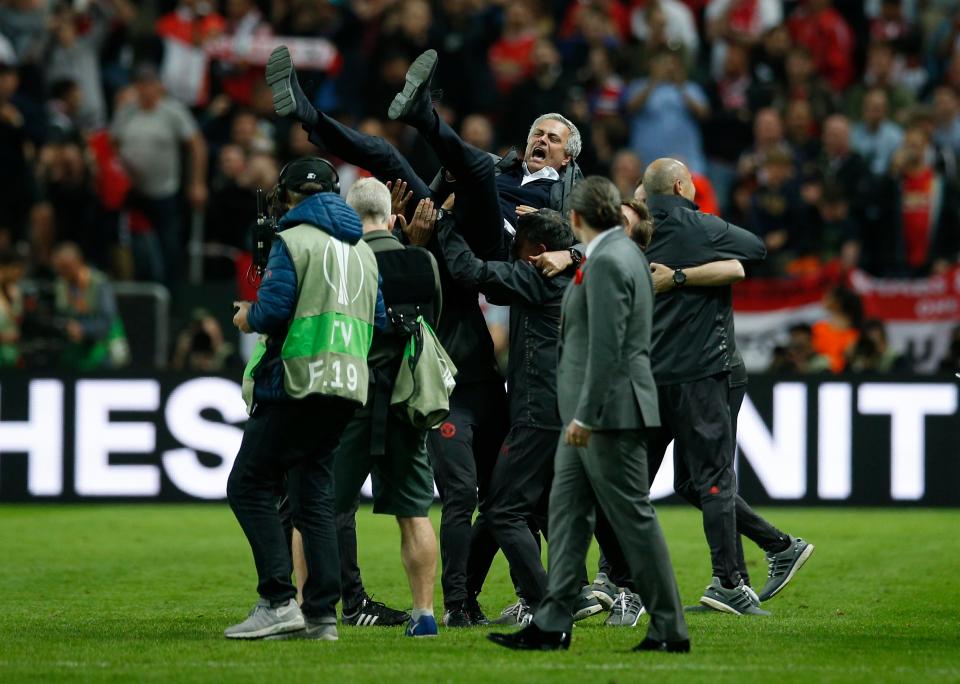 The Portuguese boss was at first thrown in the air by his coaching staff before his son Jose Jr took to the pitch. 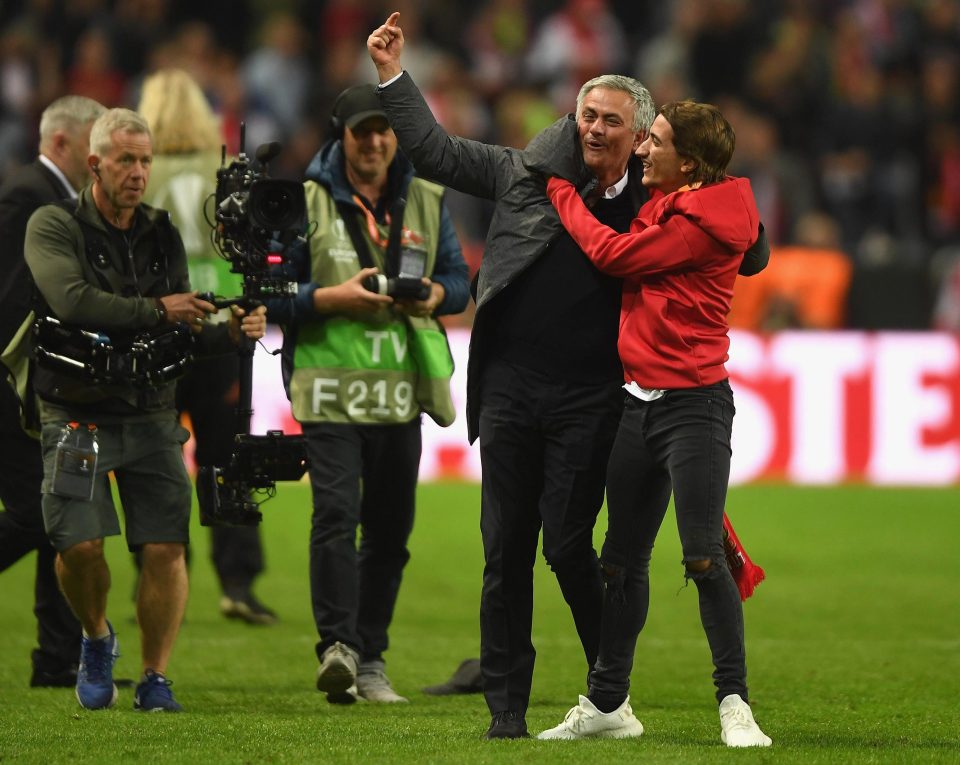 The father-son duo danced in each other’s’ arms before falling to the ground as they laughed in joy and hugged each other. 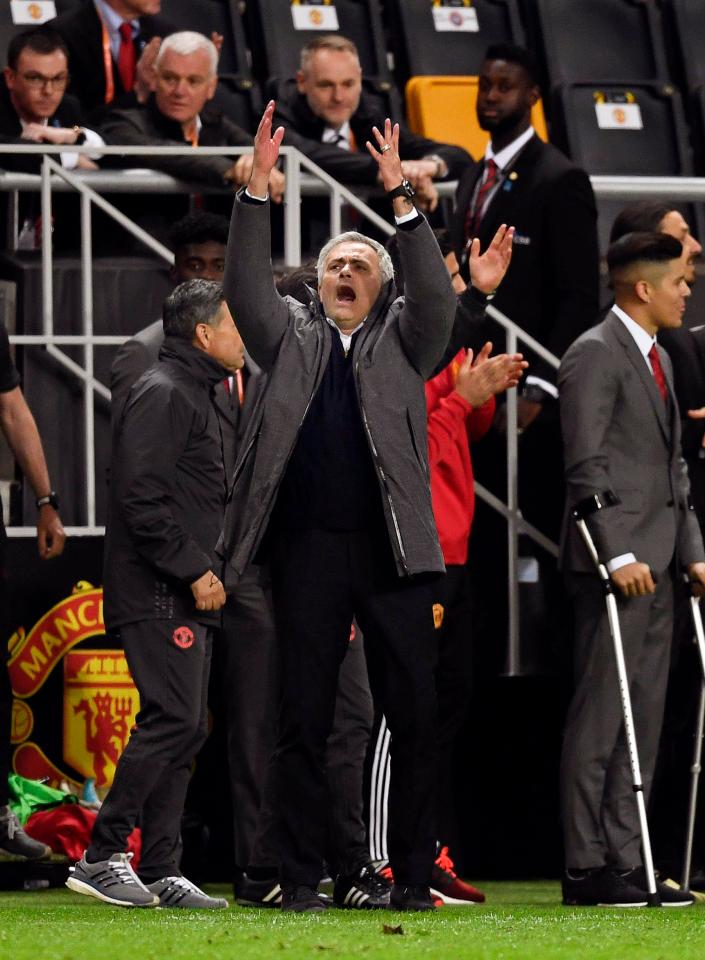 Mourinho shouted his lungs out in joy after the final whistle. 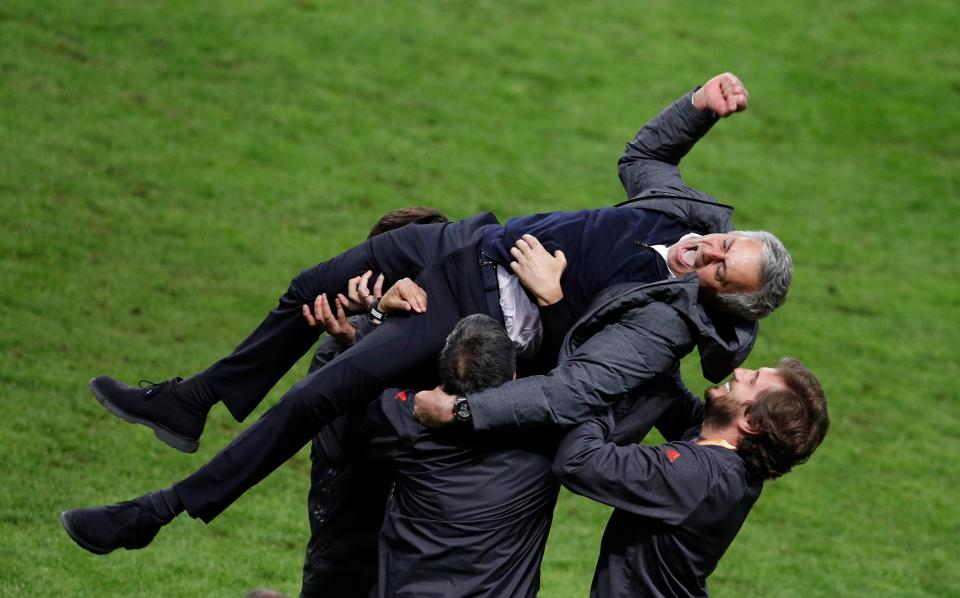 He also pointed four fingers towards the sky – showing the number of European cups he has won in his managerial career.

Earlier in his career, Mourinho clinched the Uefa Cup and Champions League with Porto and the Champions League again with Inter Milan in 2010 before Wednesday’s Europa League triumph with United. 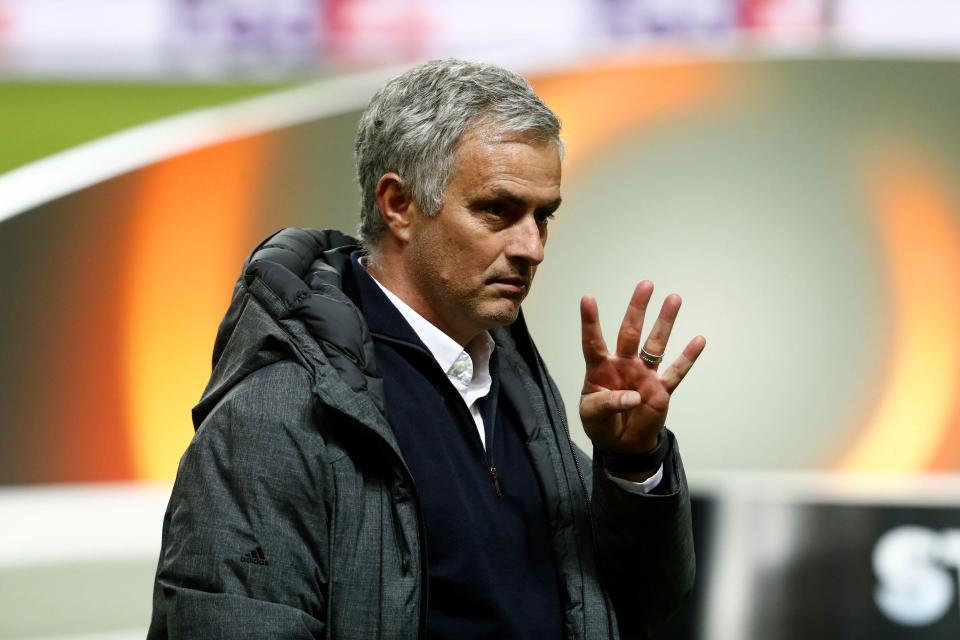 After the match Mourinho went on to analyse United’s performance and ended up launching a dig at rivals. 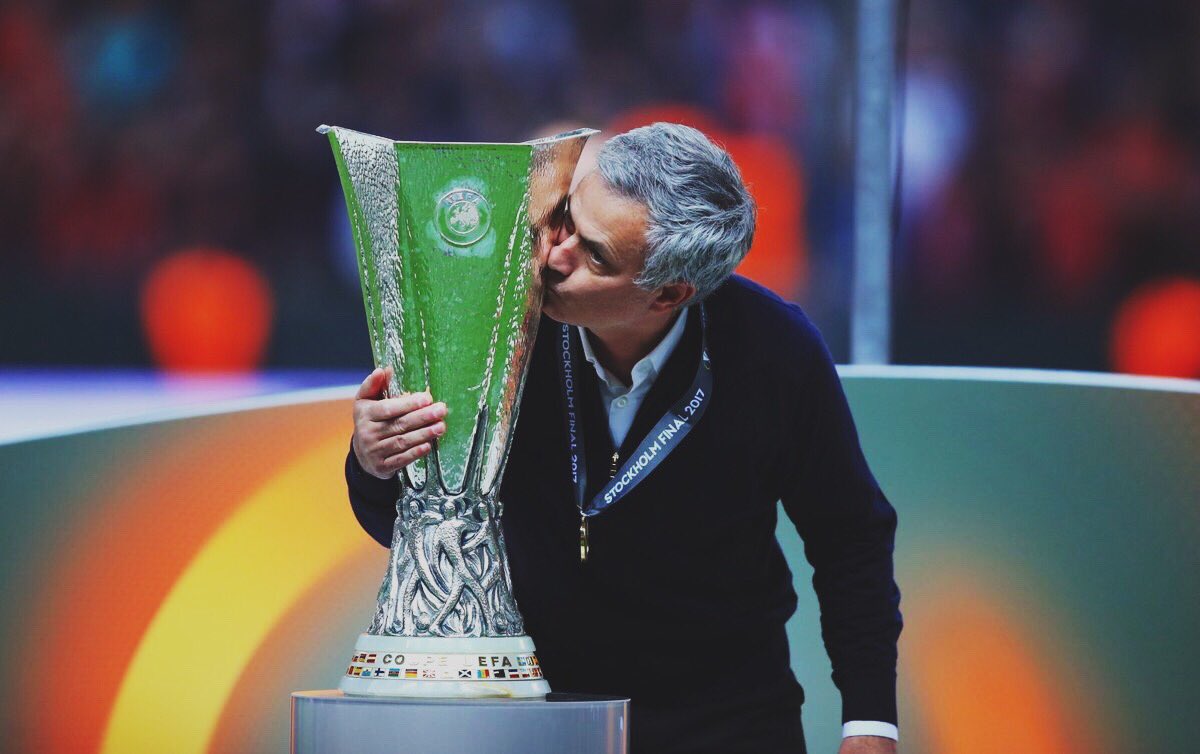 He said: “It was a very difficult season and a very good season.” “If [the other team] want to press the ball all the time, you don’t play short.”