BATTLE AT THE BRIDGE ⚔️ 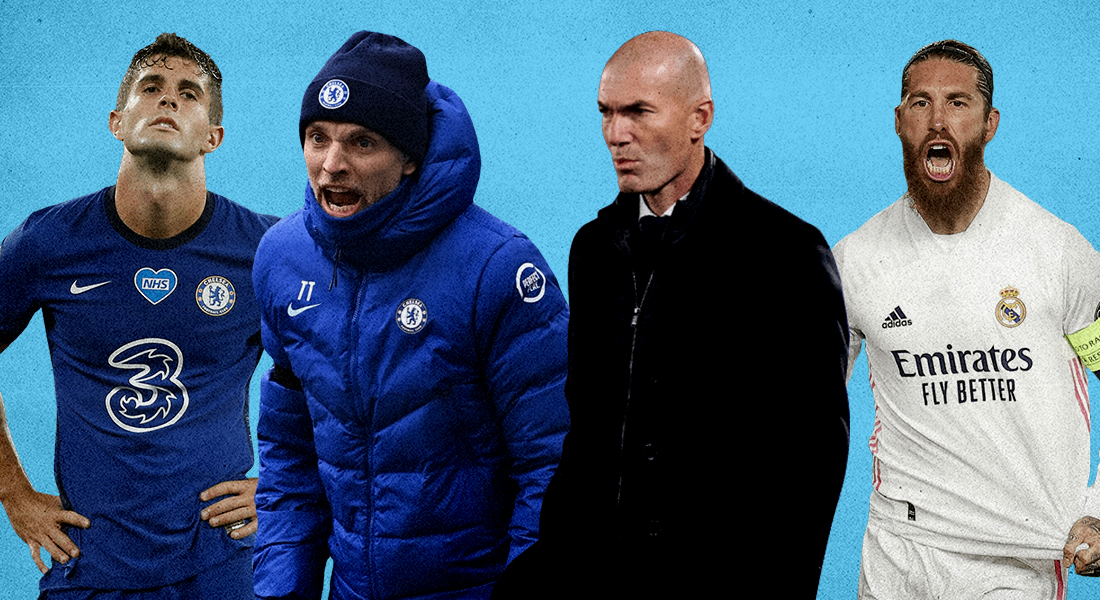 Chelsea are set to lock horns with Real Madrid once again in the second leg of the semi-finals at Stamford bridge. After an electrifying 1-1 draw at the Stefano focus shifts to London. Christian Pulisic’s super strike was canceled by a stunning take and volley from Karim Benzema. Chelsea have got an important away goal which may come in handy after the second leg.

Both sides have warmed up for the important fixture after recording wins in their respective leagues on the weekend. Madrid left it late to win 2-0 against Osasuna and remain in the title race. Meanwhile, Kai Havertz reborn under Thomas tuchel scored a brace as Chelsea saw off Fulham 2-0.

They will certainly fancy their chances going into the game. Tuchel’s Chelsea are looking to make it to the finals and lift the Champions League for the second time in their history. Coincidentally their first title came in 2012 when their manager was sacked midseason. Zinedine Zidane’s men want to conquer Europe again and extend their record to 14 champions league titles. Round of 16 exits in the last two seasons have hurt them. A clear chance awaits Real Madrid against Chelsea in London.

The winner meets either Paris Saint Germain or Manchester City in the finals in Istanbul on the 29th of May.

Thomas Tuchel is hopeful that Antonio Rudiger is available after missing the league game against Fulham due to a facial injury. He reassured Mount’s knock is a minor one and he would be available for selection. Mateo Kovacic still remains sidelined and misses the reunion with his ex-club. However, the form of Kai Havertz gives him a potential selection headache. Choosing a resurgent Timo Werner or Havertz to partner Pulisic in attack will leave him puffing.

Real Madrid on the other hand have mixed news on the injury front. Dani Carvajal who started the first leg is out for the season after limping off in that game. Makeshift right-back Lucas Vazquez is also out hence Alvaro Odriozola has to fill in. Ferland Mendy and Raphael Varane are a doubt for the clash.

On the flip side captain, Sergio Ramos returned to training and is expected to start.Real Madrid could ditch the back 3 against Chelsea with his availability. Despite Marcelo’s strange election duty, Zidane expects him to be available. Also, Eden Hazard who came back from injury had a bright game against Osasuna. He could return to Stamford Bridge and dent his ex-club’s final ambitions.

Mason Mount is having an incredible season. He is developing into a world-class midfielder with key contributions in attack as well as defence. He is rightfully nicknamed the heir to Frank Lampard.

Mason Mount in the Premier League this season:

Mount has an elegance to his game. He understands the game well for a 22-year-old. His passing and ability to dictate the tempo of the game is immaculate. He really shone in the first leg against the like of midfield maestros Kroos and Modric. He is once again expected to supply crucial service in the second leg and lead his side to the finals. Christian Pulisic who scored the crucial away goal is also a potential match-winner on his own.

Karim Benzema has aged like fine wine and is Real Madrid’s best player this season. After Ronaldo’s exit doubts were cast over Madrid’s attack and the Frenchman is carrying the team in that regard. He has scored 20+ league goals for the third season running and has an eye on breaking his personal best of 24.

His touch and volley provided a fighting chance for Madrid in the second leg. He’ll be determined to lift the big ol ears with this Madrid side and earn a legendary status at the club. Eden Hazard who has failed to live up to his big-money move due to injuries is finally back. He has shown glimpses of his best self on the weekend. What better way to make up for the lost time by helping his current side progress to the finals over his previous employers.

A beautifully poised tie at 1-1, second leg promises more drama. A high-intensity end-to-end football match is expected with stars of both sides fighting it out.

Chelsea have a key away goal and would like to build on it. A clean sheet would send them through. But they won’t simply sit back and defend knowing Madrid’s attacking prowesses. They’ll also make use of their pace on the break and hurt the visitors.

Madrid have their task cut out. They have to score definitely. Benzema needs to be on top of his game to convert any half chances and the midfield needs to supply him. Evading Kante and breaking through the blues defence will be a huge battle.

FootTheBall expects Chelsea to go through as they can exploit the tiring defence late in the game. Chelsea 2-1 Real Madrid (3-2 on aggregate to Chelsea)