‘THE BOYS’ TO OVERREACH? 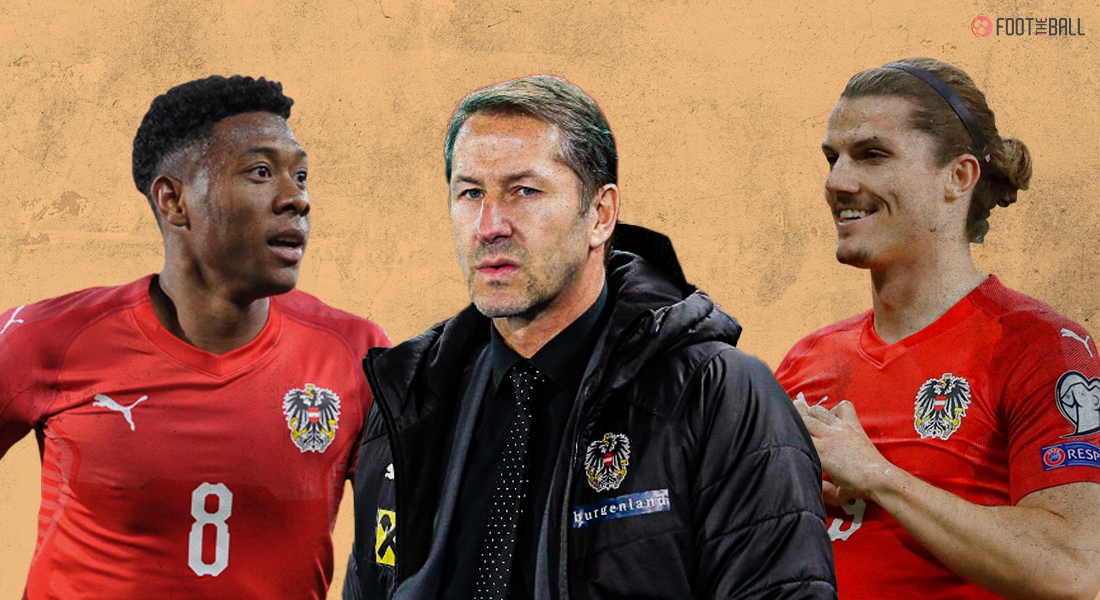 With the Euro 2020 just over the horizon, Austria look to enter the competition in a relatively easy group for them with Netherlands being the only top team along side North Macedonia and Ukraine. They kick off their campaign against North Macedonia on 13th June.

Austria have a good experienced side to play against any top opposition that comes their way, they wouldn’t be called favourites but they wont be the underdogs either. Fans would expect Austria to glide out of the Group Stages with only the game against Netherlands being the tough one.

Franco Foda has a long list of experienced players to pick from. He nominated a massive roster of 43 footballers for the international break in March.

David Alaba would be the obvious driving force of the team, with the captain playing out of his natural position as a wing back to a much further attacking position where his abilities could actually be utilized. Another player who would be key to Froda would be Marcel Sabitzer, the Leipzig player has come under the limelight after Timo Werner’s departure.

Leicester City man Christian Fuchs alongside Leverkusen defender Dragovic would also be one of the names on the top of the list for Foda.

WHO IS AUSTRIA’S MANAGER

Franco Foda is the manager of the Austrian Football Team, appointed in 2017, the German has had three seasons coaching Sturm Graz and one season with Kaiserslautern. He understands Austrian Football better than anyone out there.

Froda plays a 4-2-3-1 formation. The main change that he has made has been to field key man David Alaba at a more advanced midfield position rather than in  deeper position.

Six-time Austrian Footballer of the Year and two time country’s Sportsman of the Year. There is no doubt in who would be Austria’s key player but there is a doubt in which position he would play. The versatile Munich Man has spent the current season playing as a center back while being a full back. He has been used as a defensive midfielder as well as an attacking left midfielder for Austria.

The Bayern player has had a really impressive season ahead of the Euro 2020 and according to reports he is on his way to join Real Madrid as a free agent.

The 17 year old star who is dubbed as the ‘New Messi’ is probably Austria’s most talented youngster with a really bright future in front of him. At the age of 17 he has already attracted interest from majority of the top clubs in Europe and is set to leave Rapid Wien this summer.

He has won 1 cap under Froda, which was in the final minutes against Faroe Islands in a 3-1 victory in the Euro qualifiers in March.

Born in the Austrian capital of Vienna, Demir began his footballing education in Vienna’s oldest club, First Vienna, before joining the Rapid Wien academy at the age of 10, though he was very quickly integrated into the Under-13s squad. A prodigy at youth level, he worked really hard to go up the ranks before reaching the U16s, when he was taken under the guidance of club legend and talent scout, Steffen Hofmann.

Demir’s flair and directness would be a huge asset to the Austrian Team, he might not be a starter under Froda but he could get some vital final minutes under him, which could be really important for his growth as a player.The younger attacker will surely be a secret weapon for Austria at Euro 2020

There is a 1000/10 chance that Austria could win the Euro 2020 which means they aren’t  going into the tournaments as favorites but they do posses the ability to shock some teams.

Having never played at the Euro Finals before co-hosting the tournament in 2008 with Switzerland, Austria will be taking part for the third time in this years edition, hoping to go beyond the group stage for the first time ever in their history.